Continuing on with the Bahay Kubo Cooking Series.  I am skipping one veg (mustasa or mustard greens) and going right into Sibuyas or Onion.  I don’t think it needs any intro.  Onions are the same all around the world. 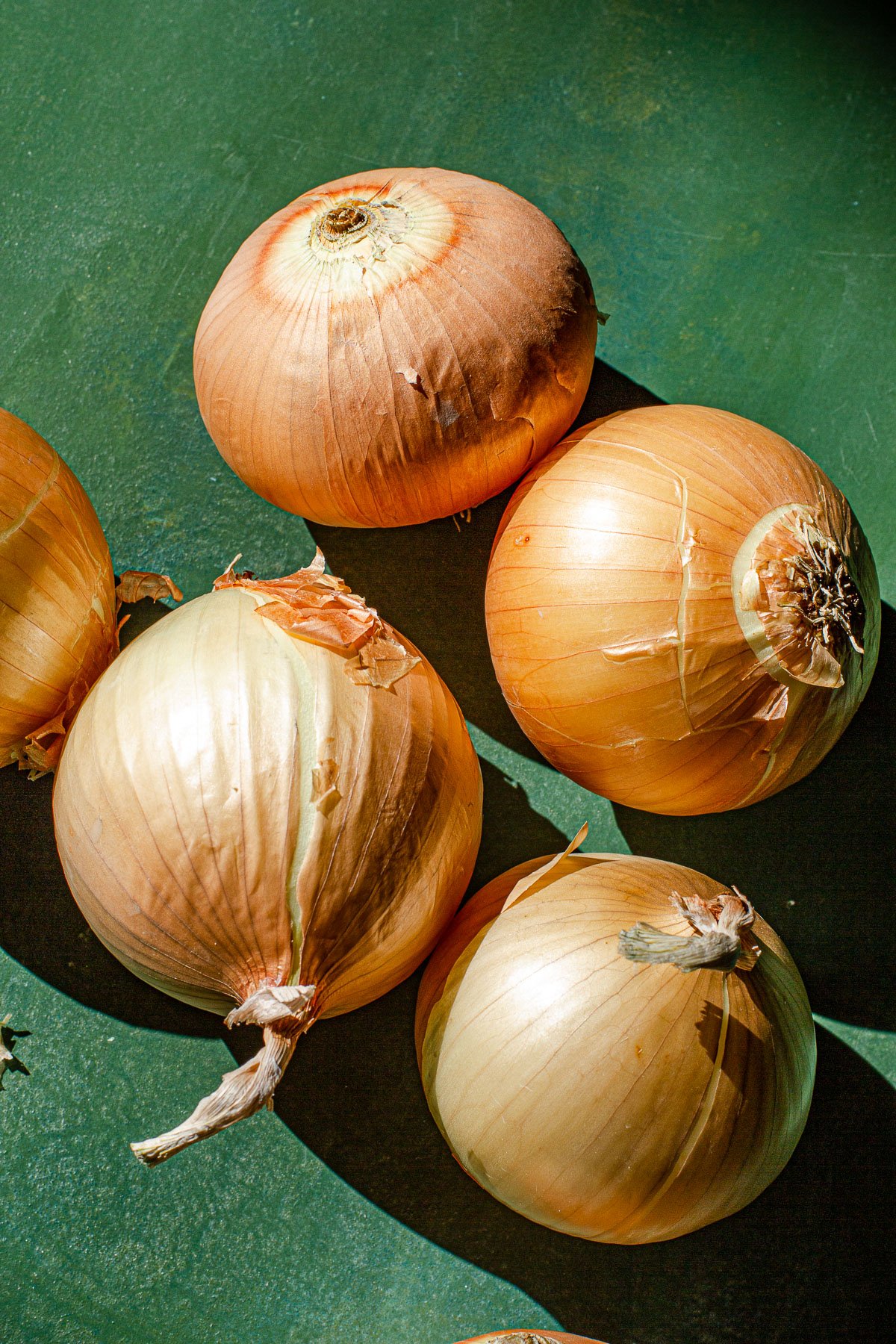 Bistek is a steak and onion dish that is seasoned with toyo (soy sauce) and calamansi juice.  It’s a go to for my Mom when we were younger as my Dad loves steak.  And it’s just so easy to make.  What we are going to do with this recipe is take the marinade and roast the onions in it.

When I create new recipes I look at the core traditional ingredients and think about how do remix it with out going to far off.  In this recipe we are just leaving out the steak and keeping everything else basically the same.

What Ingredients Do You Need for Bistek Sibuyas?

Sibuyas / Onions – Use 6 medium size ones.  I chose white for this recipe as that is what I had in bulk in my pantry.  You can also use red onions.  Cut each onion in half leaving the root stem part to keep the onions from falling apart.  Then remove the outter papery skin.

Coconut Aminos – This is my replacement for soy sauce.  It has the same flavor profile, but less salt.  Of course you can use regular soy sauce or tamari, just omit the additional salt.

Calamansi Juice – The juice gives the sauce that distinct taste, if you don’t have access to it, you can replace with lemon juice.  Just not lime juice.  It would be a bit too bitter.

Melted Butter – When I do make Bistek, I like adding butter.  It adds just a little bit of creamy goodness.

Olive Oil – This keeps everything nice and moist.

Salt and Pepper – Just for seasoning to perk up the flavor if needed.  Again don’t add the salt if you are using real soy sauce. 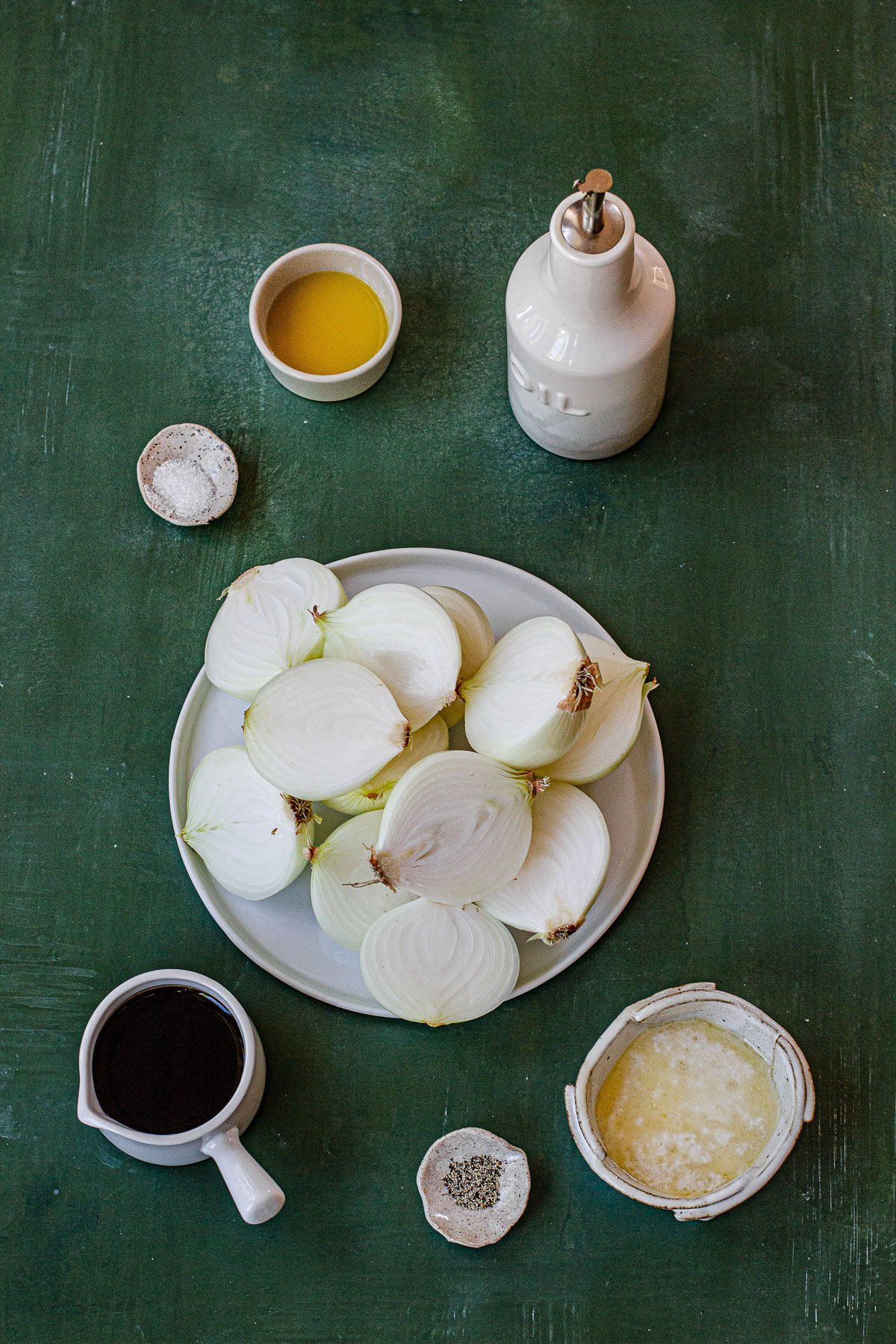 How Do You Make the Marinade?

In a 9×13 baking dish mix together the coconut aminos, calamansi juice, butter, and olive oil.  Taste and add salt and pepper to taste. Mix well. 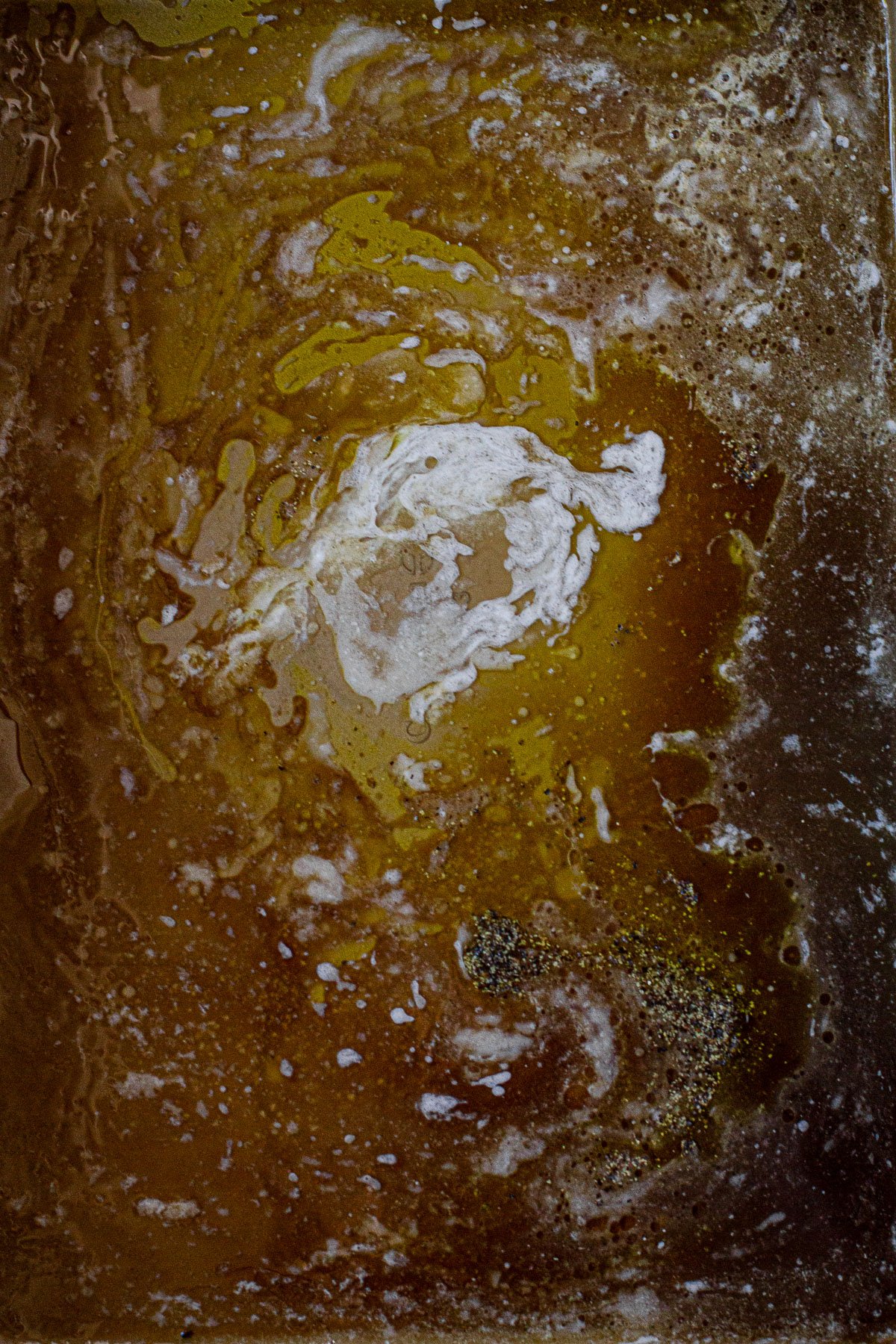 Now add in the onions.  Turn the onions in the sauce to coat, but leaving them cut side up during the initial baking. 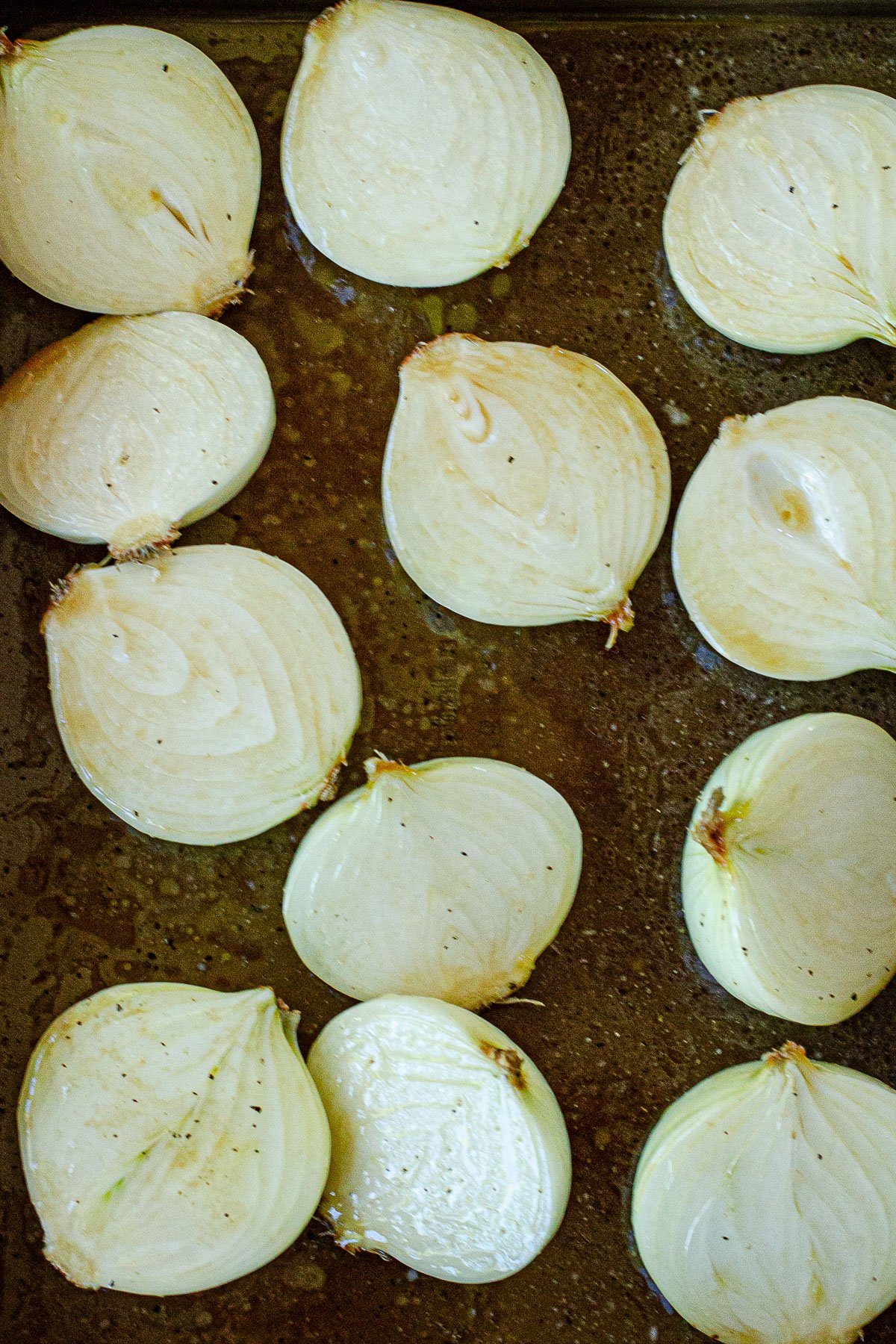 Cover the baking pan with foil and roast for 30 minutes. The foil creates some steam and helps soften the sibuyas. 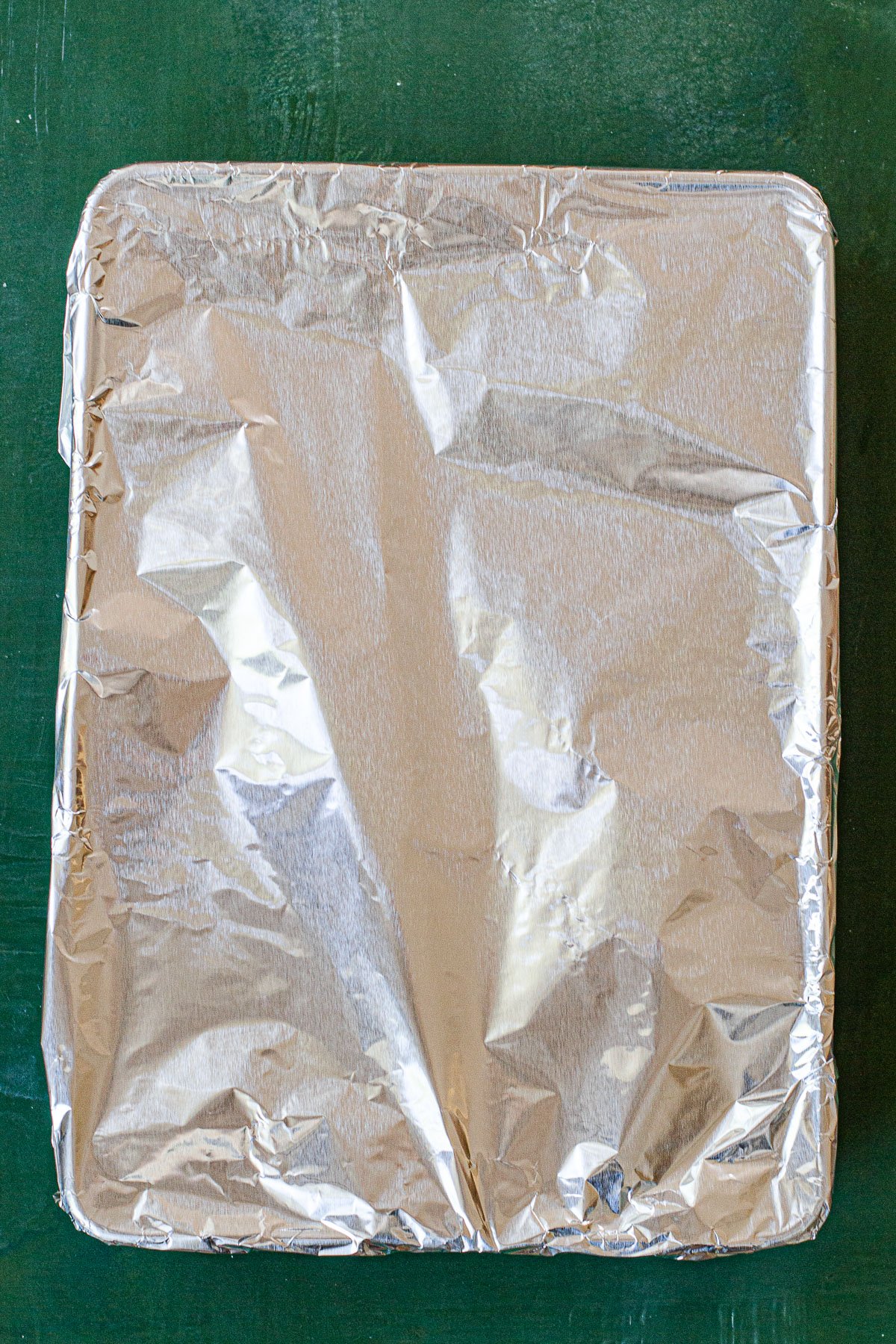 After 30 minutes, take the onions out and remove the foil.  Now flip then down using tongs so the cut side is now down in the sauce.  Roast for an additional 30 minutes. This is the part where the sibuyas get caramelized and sweet and absorb the bistek sauce. 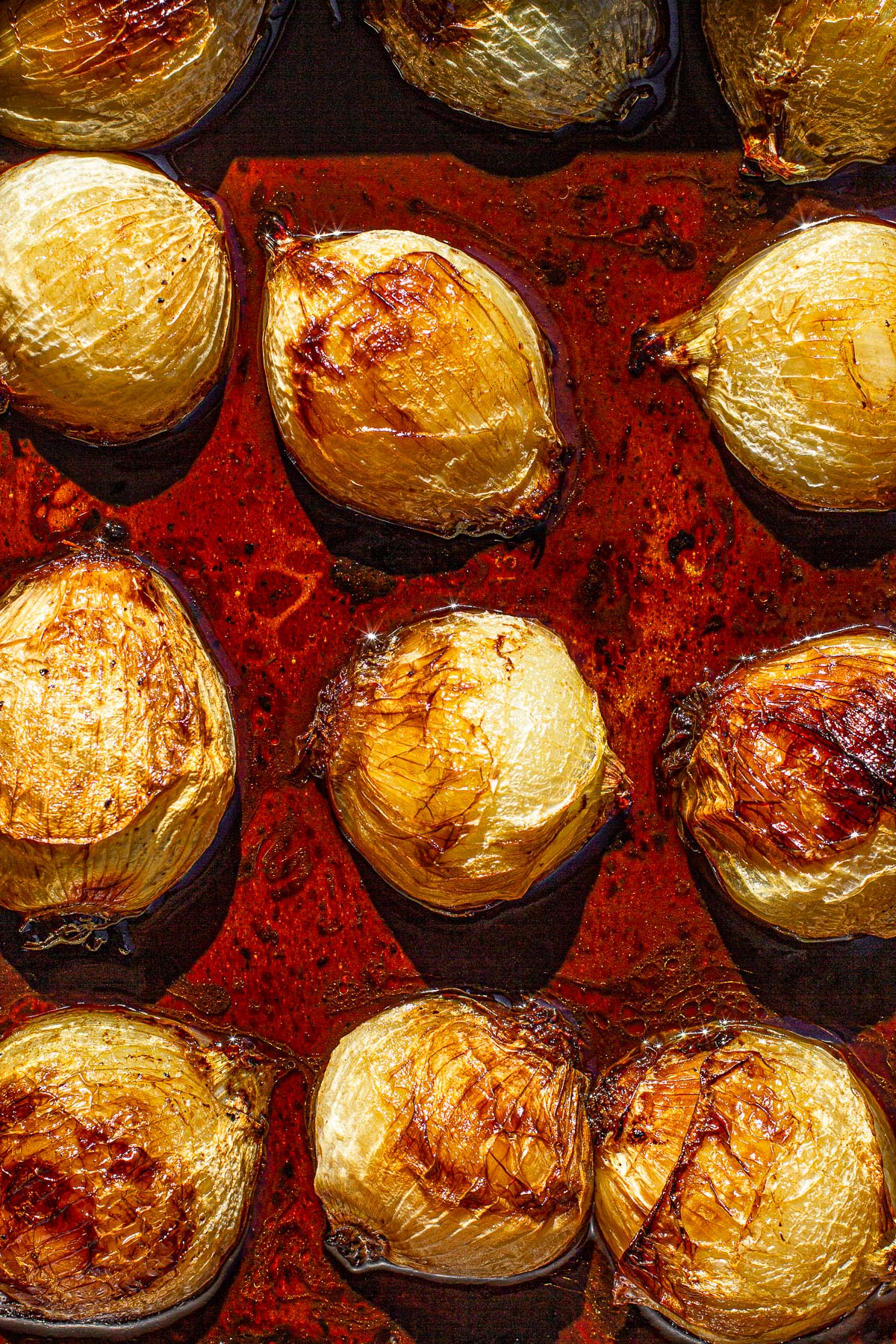 How to Serve Bistek Sibuyas?

They are great both right out of the oven and at room temperature.  Lay out all the onions on a platter and serve with the sauce on the side to drizzle over more flavor. 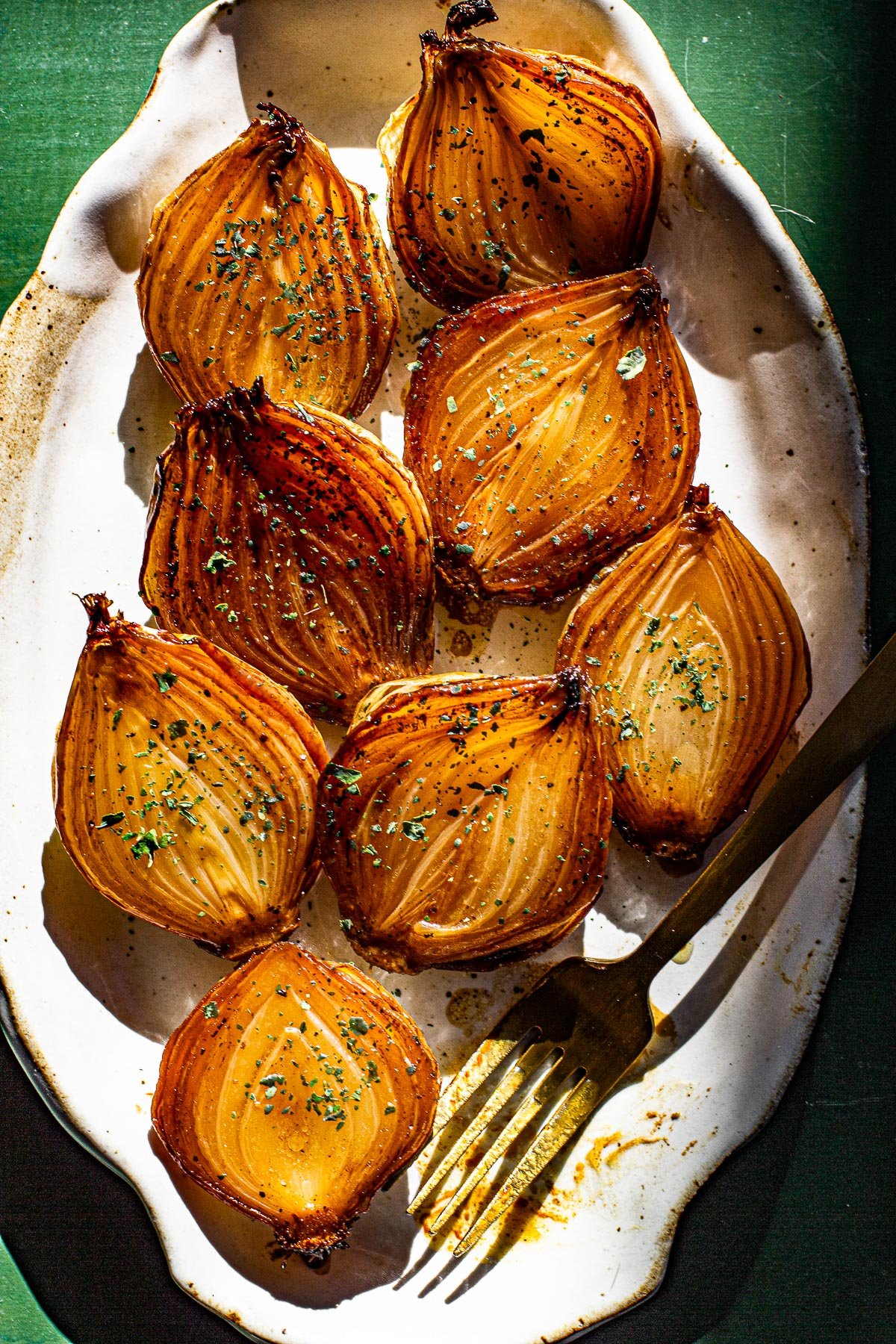 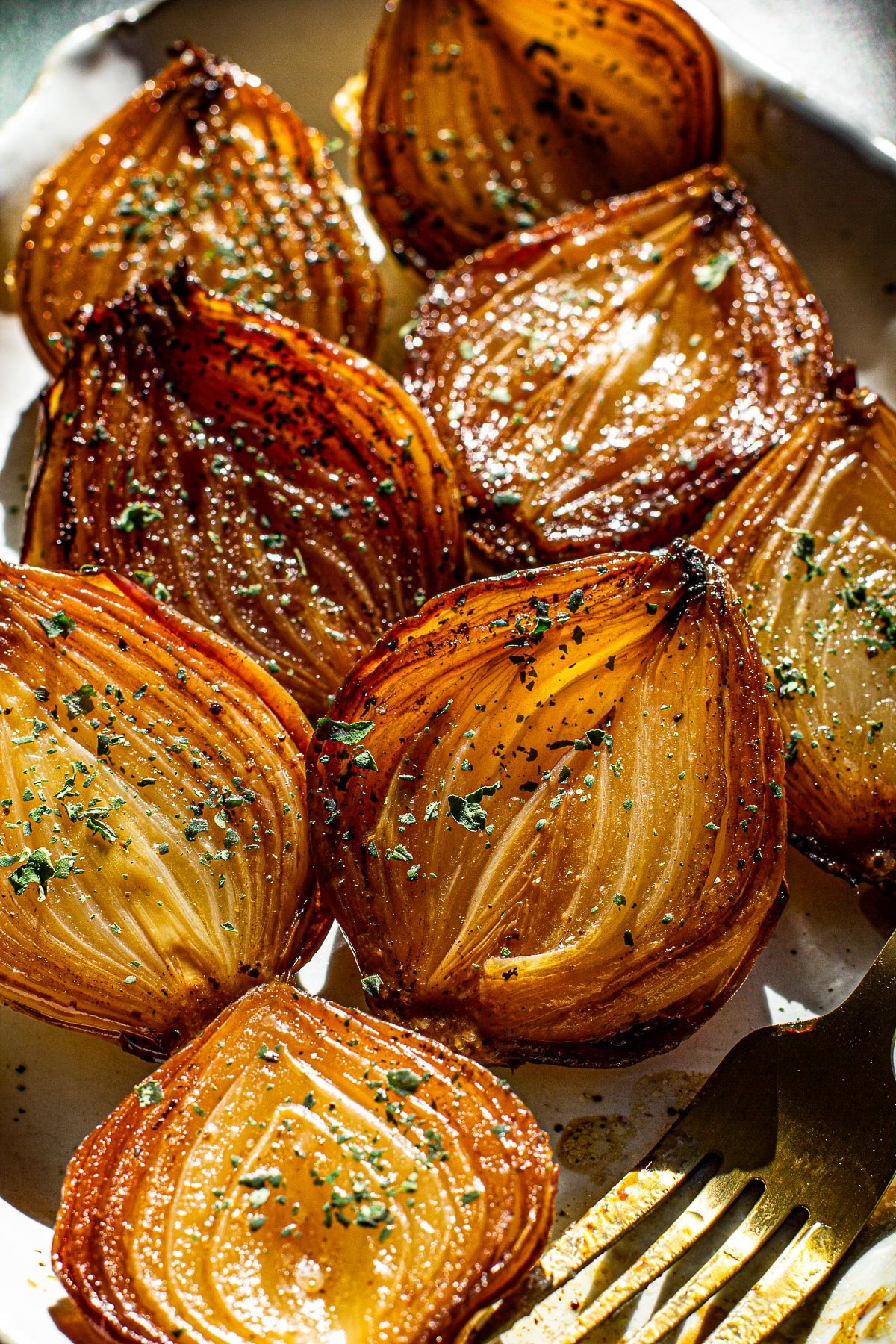 The are actually really good with some toast and Kesong Puti.  Which is one of the reasons why I had to skip Mustasa and do Sibuyas in this Bahay Kubo Cooking Series. 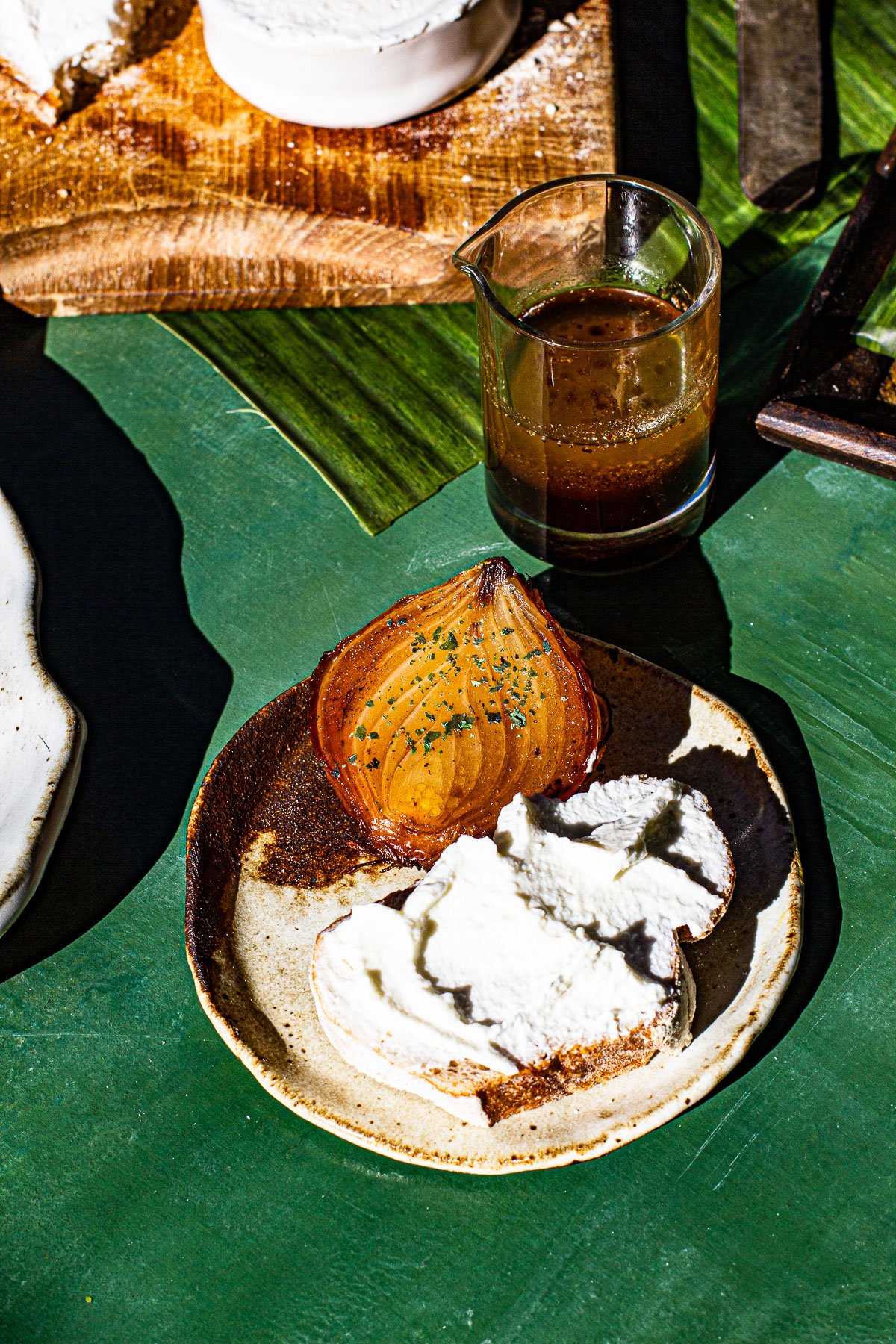 Also it’s great with a crusty, yet well cooked steak.  You know.. just like the original. 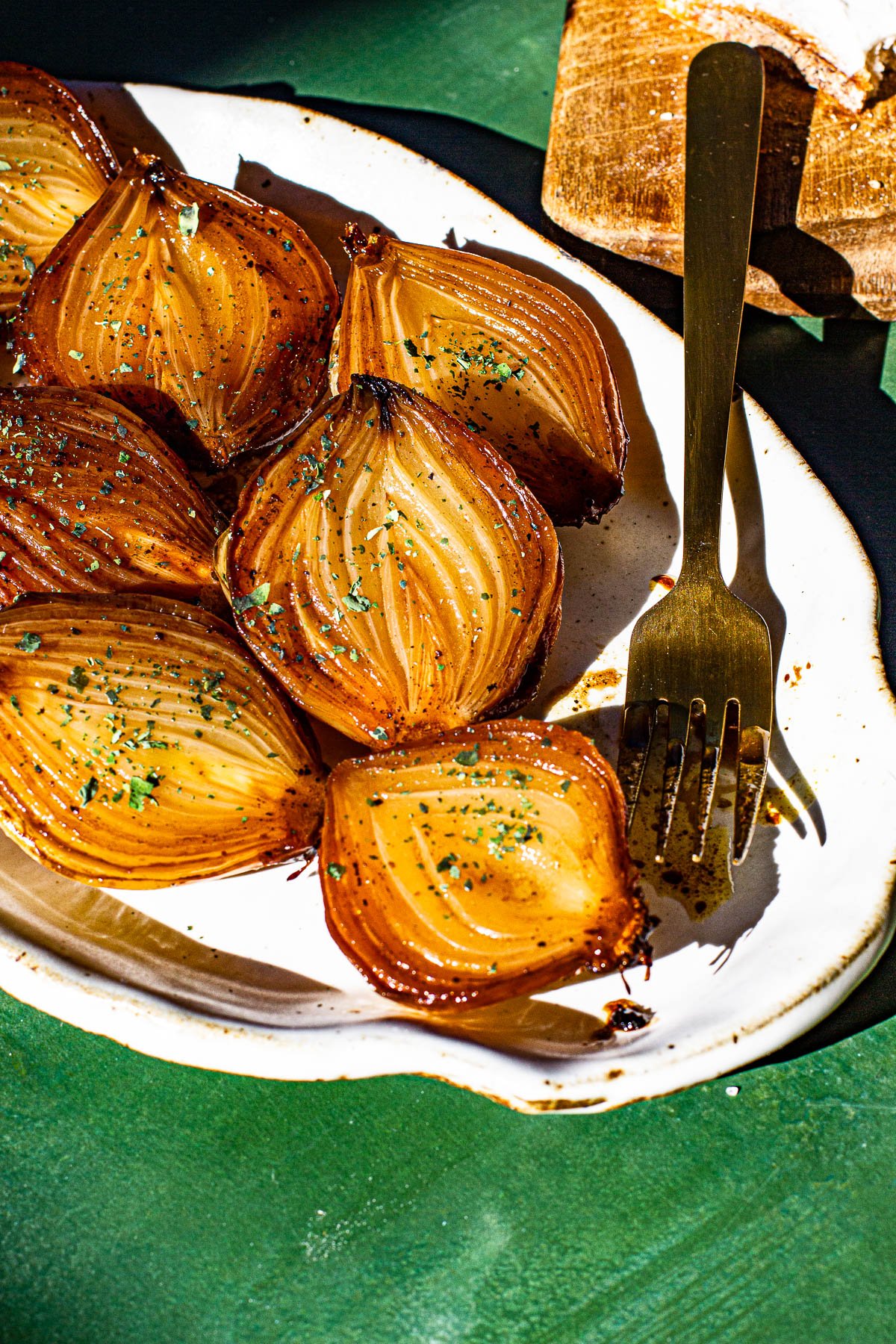 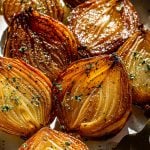