The second recipe in our Bahay Kubo Series is a Ensaladang Talong Dip.  Made with the second vegetable in the song Talong (Eggpant).  It’s charred, roasted and seasoned with lots of garlic, vinegar and coconut aminos. 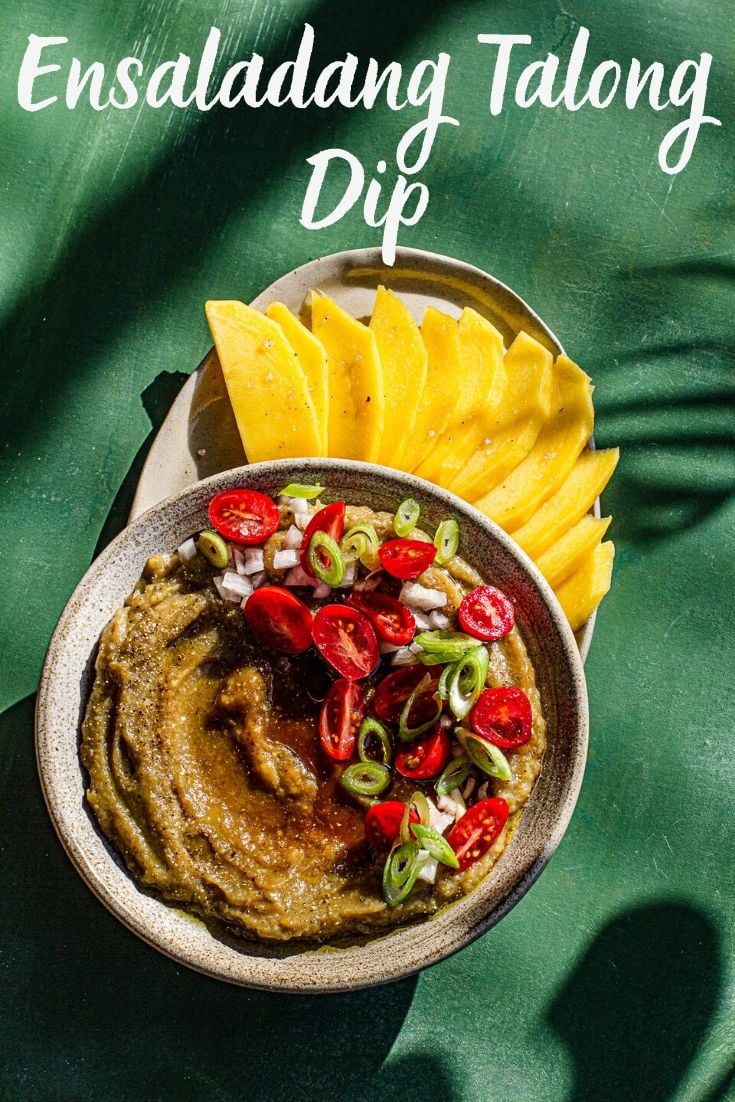 Oh oh, second recipe in the Bahay Kubo Cooking Series!  Thinking about it long and hard, I landed on a Smokey Ensaladang Talong (Eggplant Salad), but in a dip format. I charred the talong and then roasted it and blitzed it with some raw garlic. It’s seasoned to taste with coconut vinegar and coconut aminos. Then topped with some cherry tomatoes, fine diced shallots and green onions.

But first… did you know there is a Filipino Variety of Eggplant? 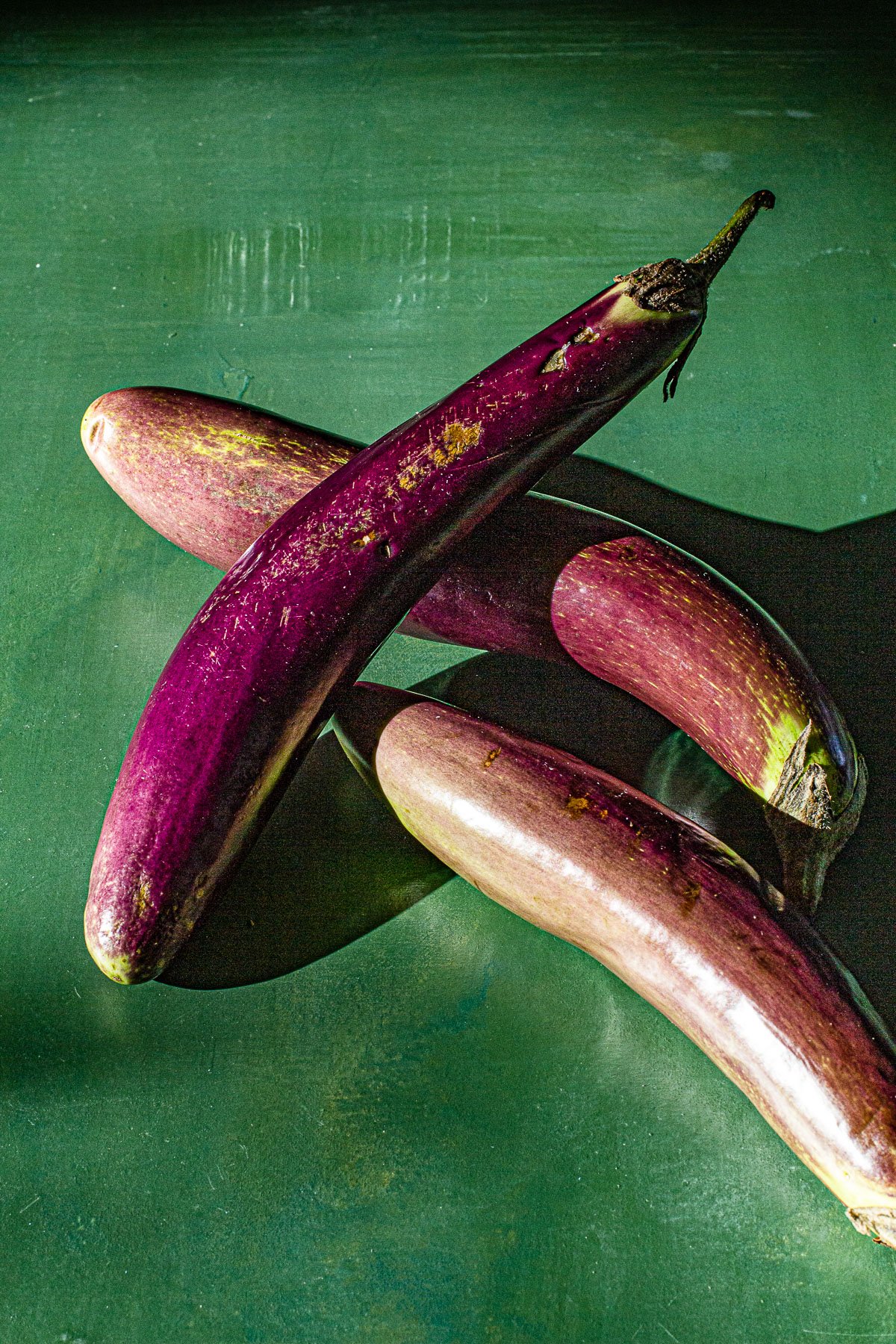 It’s a longer and thinner eggplant that has both green and purple hues on the skin.  Natively from the Philippines, it has been brought over and where any Filipinos live.  Usually found in Filipino grocery stores or Asian markets.  I find that our variety of eggplant isn’t so bitter and cooks much faster than other varieties of eggplants.

Step by step Instructions on How to Make Ensaladang Talong Dip

Now back to the recipe.  It’s actually pretty simple.  Let’s go through it one step at a time. 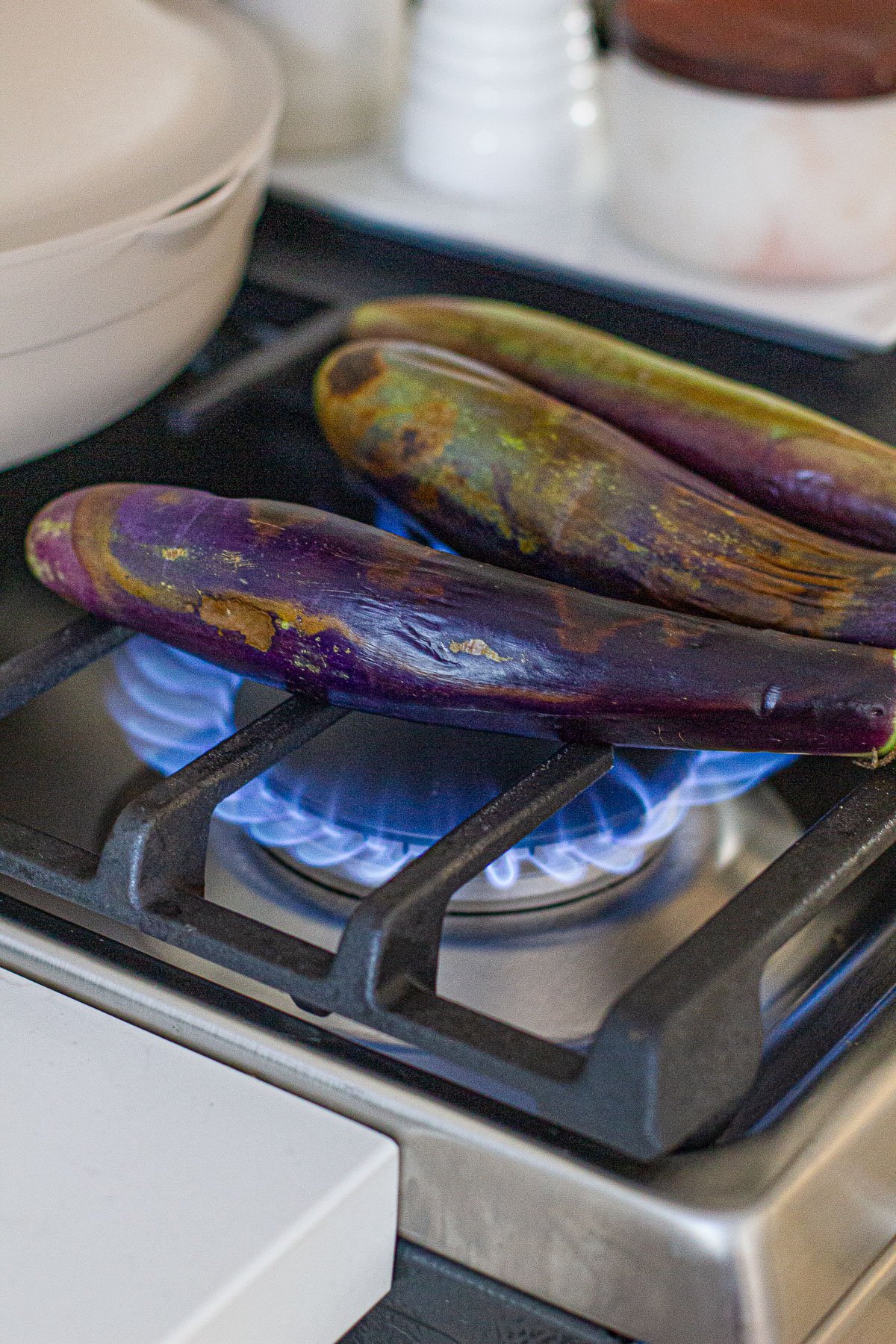 Place the eggplant directly on your burner and char all sides of the eggplant on the highest flame setting.  It won’t take long.  At the most a minute on each side will do.

Next we are going to roast it, as all we have done so far is char the outside to get that nice smokey flavor. 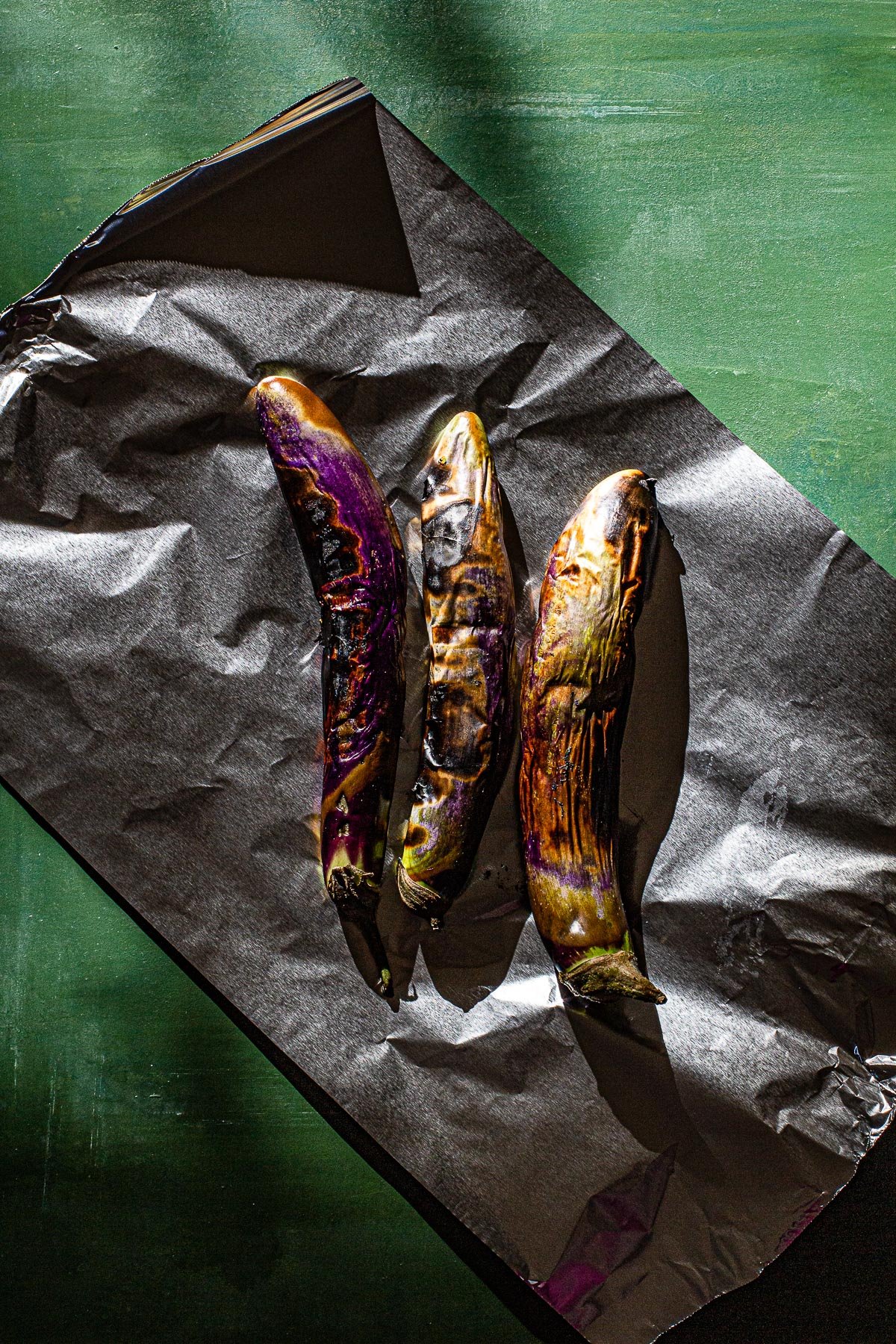 After roasting leave it to cool to room temperature still wrapped up in foil. 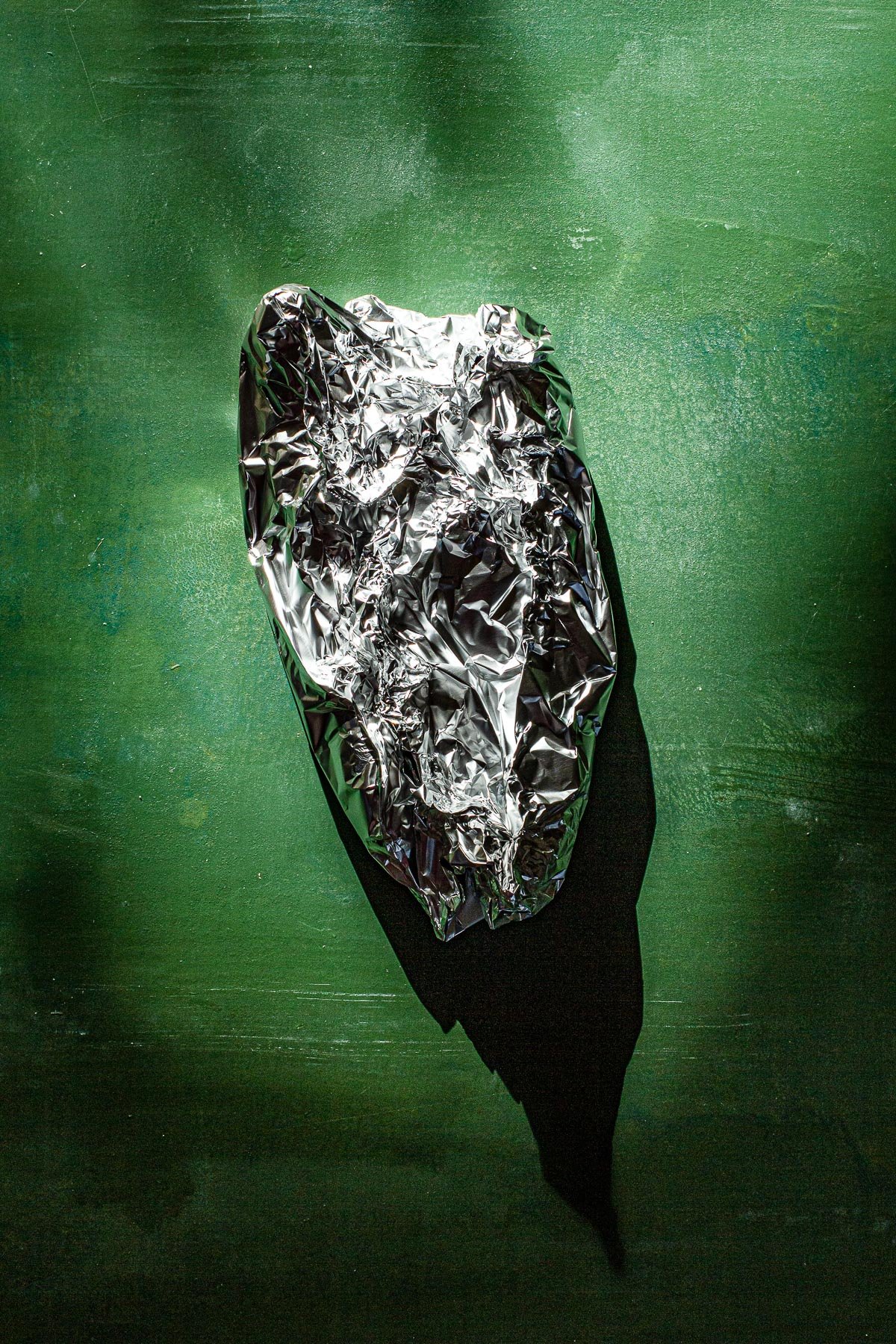 This helps loosen the skin from the flesh and cooling it down will make it easier to handle.  It also helps infuse more of the smokey flavor into the eggplant.

Now that the eggplant is cool, remove the charred skin from the eggplant.  It should just slip right off. 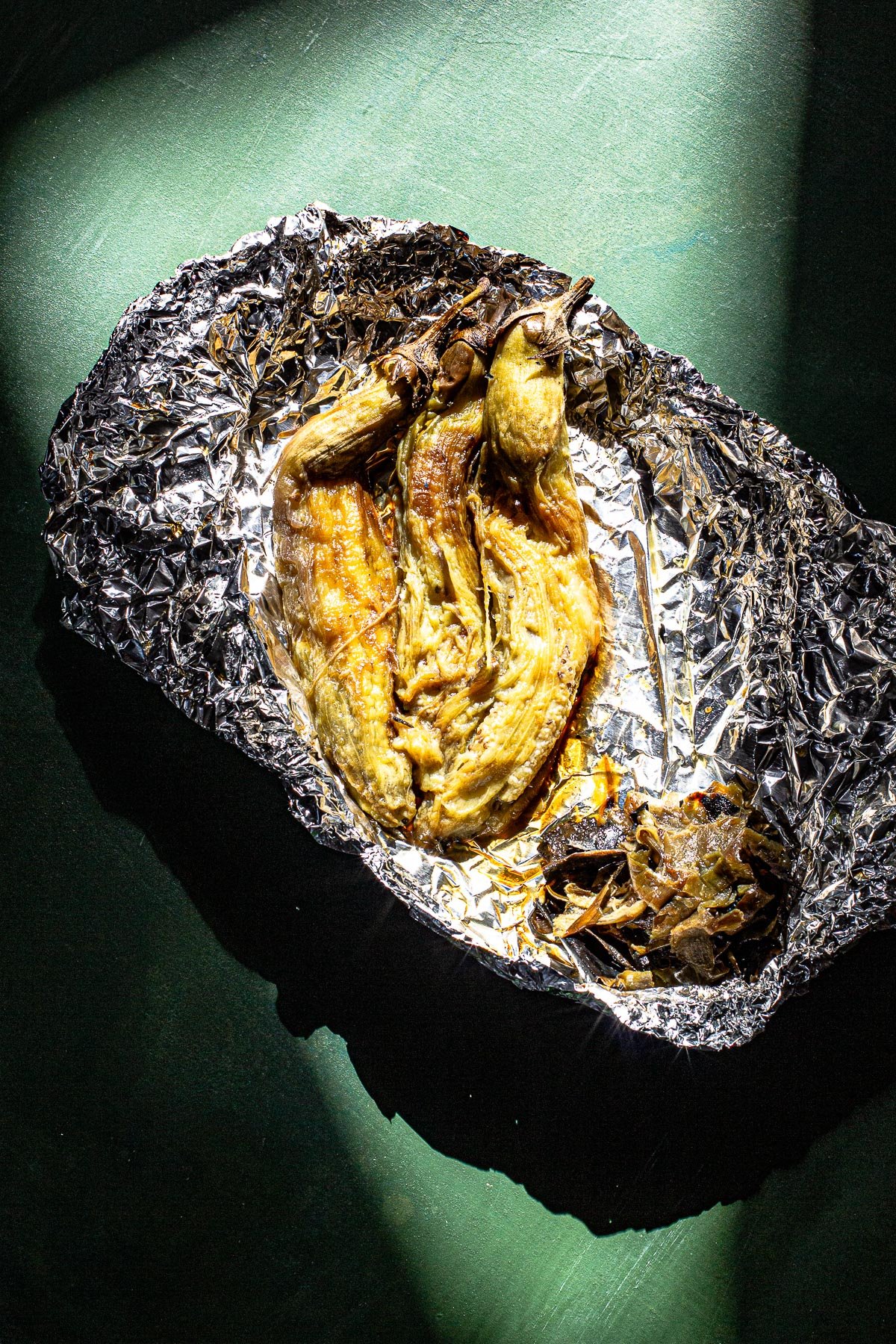 You know I love my food processor.  Put the talong in the food processor with AT LEAST 6 cloves of raw garlic.  This gives it heat without the chili. 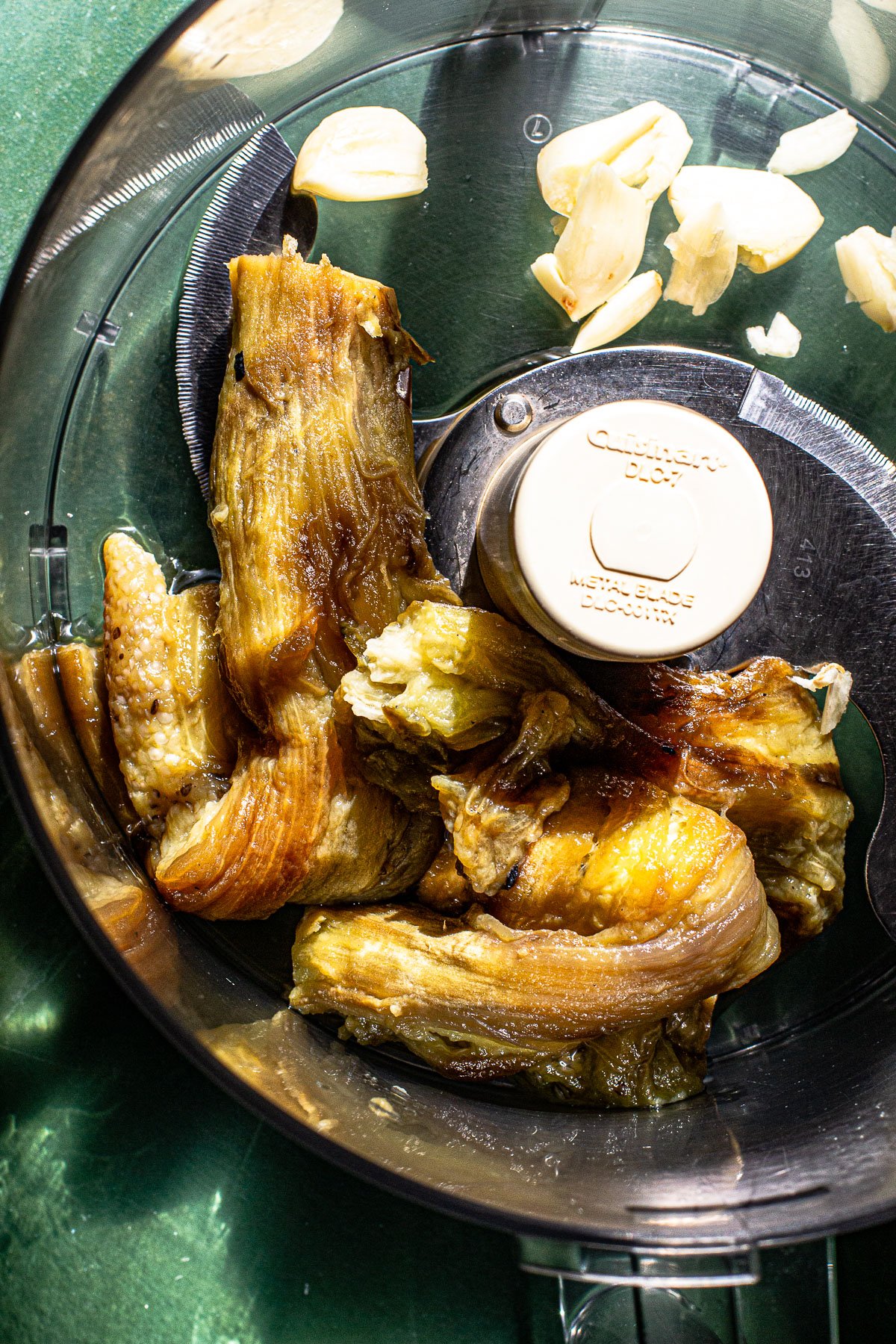 Blitz until nice and smooth.

Starting with 1 tablespoon each of coconut vinegar and coconut aminos season to taste along with some salt and pepper. 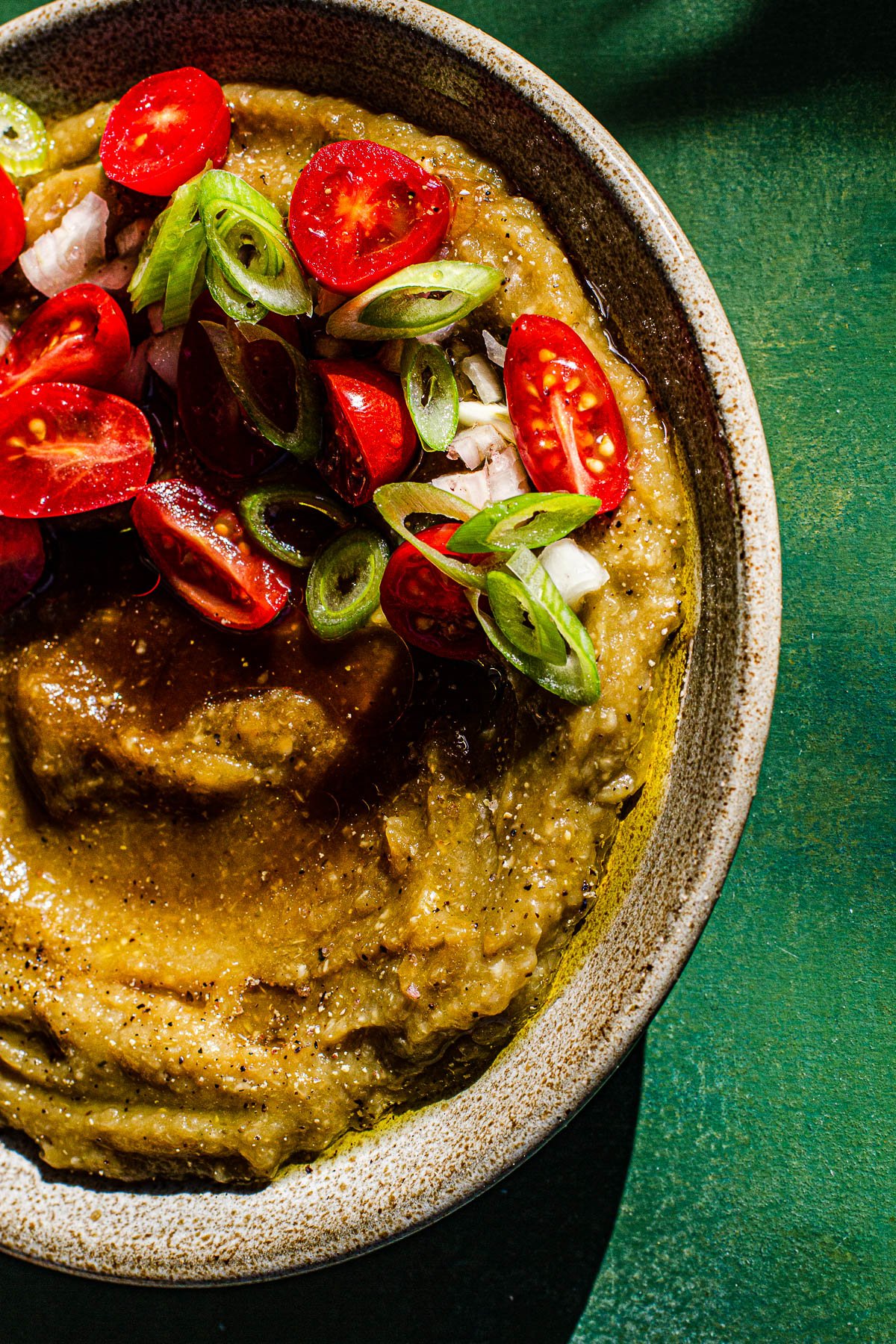 There you have it.  Recipe number two in our Bahay Kubo Series.  A smokey, vinegary and super garlicky Eggplant Salad Dip.  In a word – perfection. 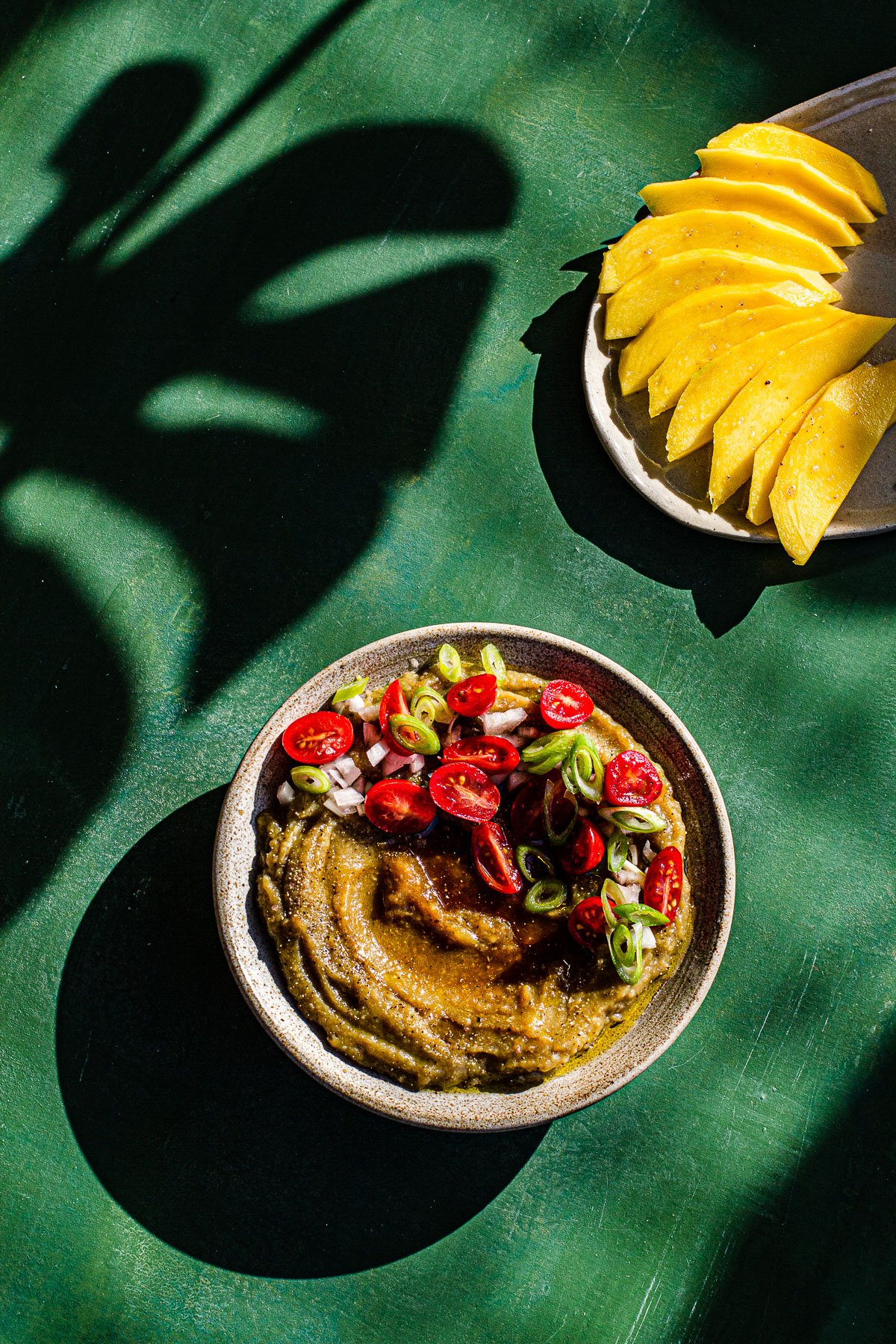 What to serve with Ensaladang Talong Dip

It goes great with any of the following dishes:

We actually ate it with just some fresh sliced mangoes.  It was delish.  Let me know what you served it with.

All The Bahay Kubo Recipes from the Series 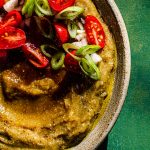 The second recipe in our Bahay Kubo Series is a Ensaladang Talong Dip. Made with the second vegetable in the song Talong (Eggpant). It’s charred, roasted and seasoned with lots of garlic, vinegar and coconut aminos.

Season the dip to your liking by adding more vinegar, coconut aminos or salt and pepper.  However don't skimp on the garlic! 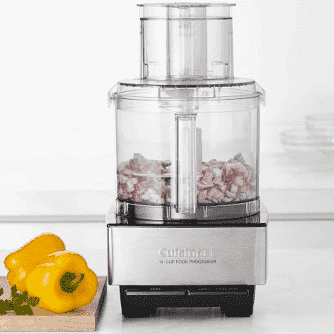 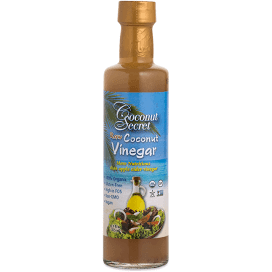 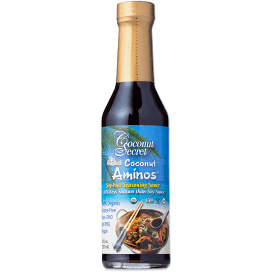 Chicken Adobo with Coconut Milk from See You On Sunday + Giveaway