Ever since we got back from Japan all I have been doing is trying to figure out how to have more Japanese food in my life.  Also I bought a packet of some Matcha Sesame Salt that I just had to use – right now.  After seeing all the spring produce come out and thinking about how I didn’t get to have gratin in Japan, I came up with this Spring Time Vegan Veggie Miso Gratin.  Now, why add miso?  Because it gives it this umami edge.  It plays with your taste buds in a fantastic way and it also comes with the added benefits of being fermented.  Miso has good bacteria that you need people! 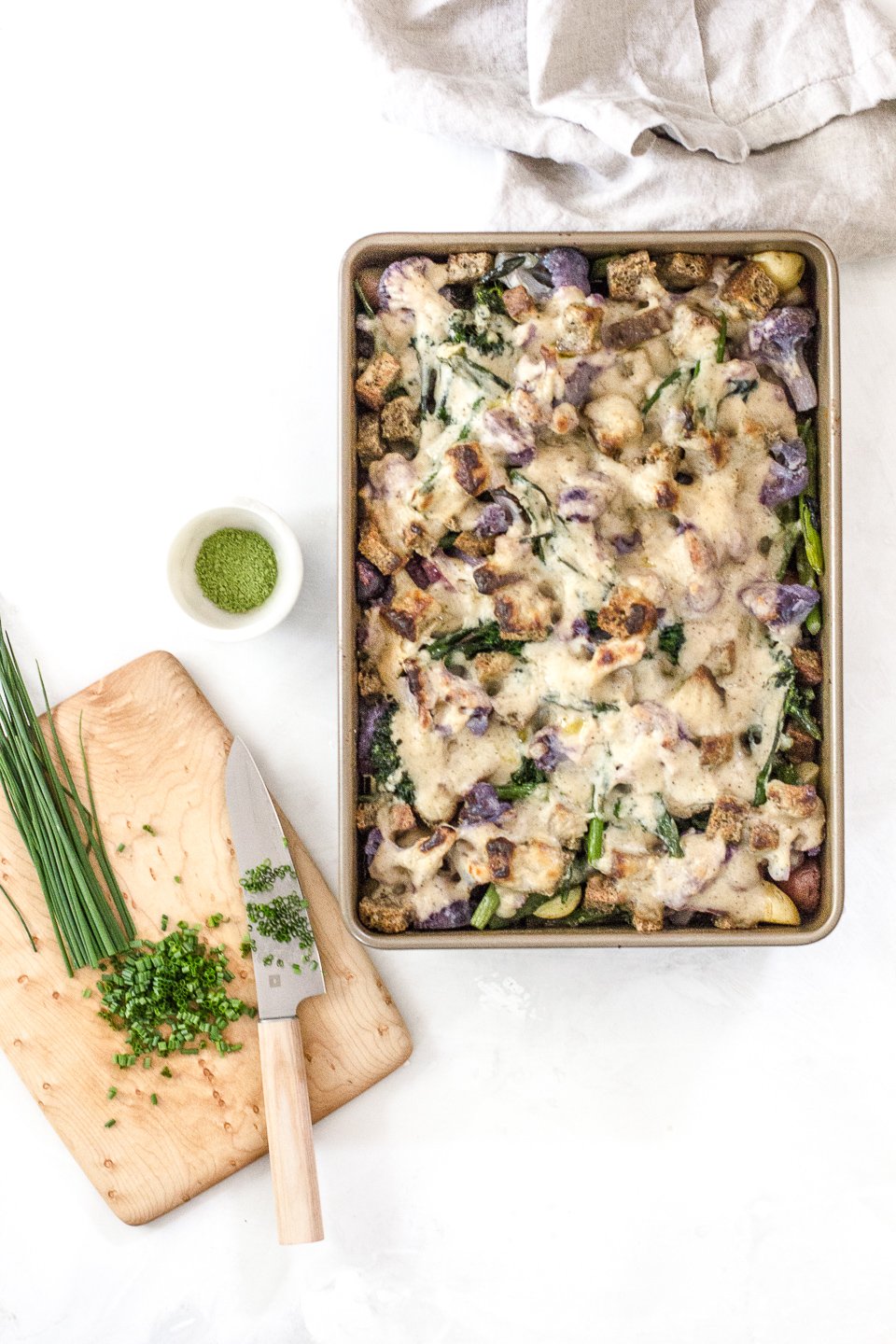 This gratin is made with almond milk and cashew based mozzarella.  The cheese that I used is a bit on the sweeter side, so adding the miso was the perfect counter balance.

To make the gratin you first buy a bunch of veggies from the market.  I used purple broccoli, broccolini, a rainbow hue of heirloom baby potatoes, asparagus and red onion. 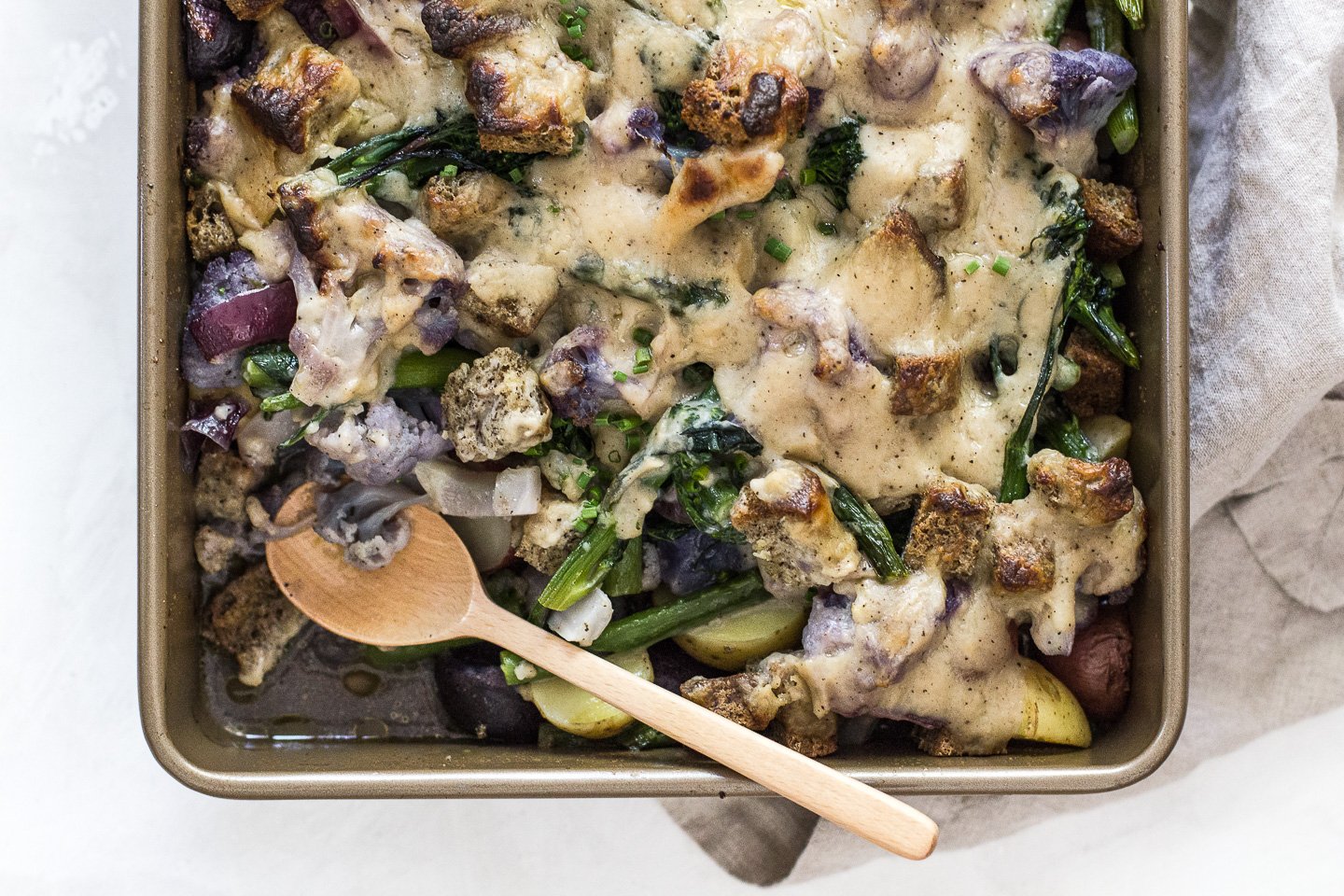 The next step is to blanch the veggies in boiling water and then cool them down really fast in an ice water bath to stop the cooking.  It’s in important step to dry the veggies before you put them in your baking dish or else the bottom will be filled with water.  After you flash chill them drain the water and then place on a dish towel to absorb as much of the water as possible.

The only veggie I didn’t blanch was the red onion.  They were cubed up and then sauteed in some olive oil to get a little carmelized to kick start the process.

Ohh, I forgot to mention that I also added some cubed bread into the gratin.  It absorbed the cream and got all crispy.  There were no regrets adding that in at the last minute!

While in Japan I stumbled upon a salt shop that had the most amazing variety of salts.  The one I wanted to use right away was the Matcha Sesame Salt.  The one that I bought was more matcha forward than salty.  The salt is pretty easy to make.  Start with a tablespoon of matcha and then add in a teaspoon each of sesame seeds and salt.  Taste it and adjust if you wanted more matcha flavor or saltiness. 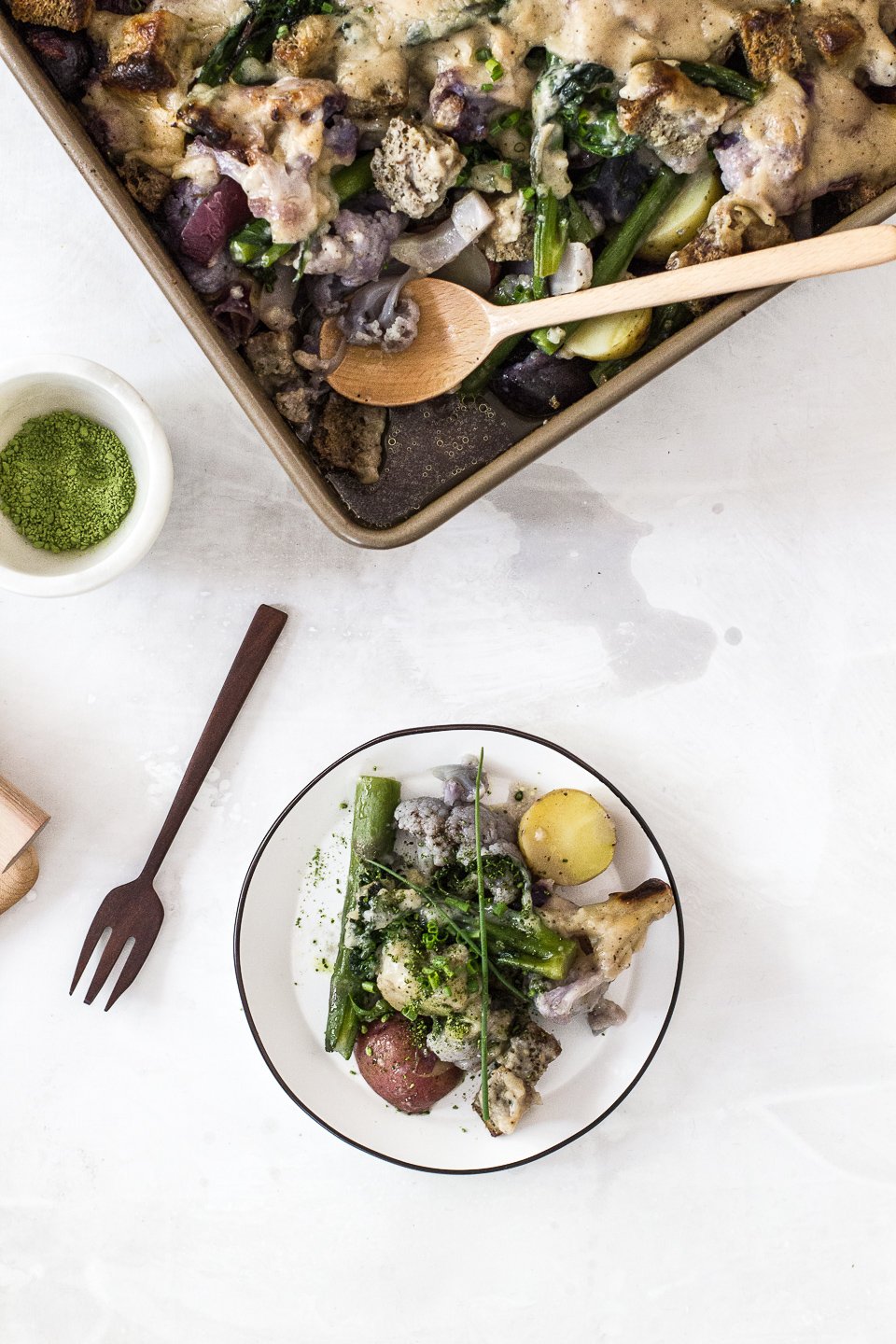 Before serving some chopped chives were also sprinkled on top of this Spring Time Vegan Veggie Miso Gratin to add some freshness.  Overall it’s a pretty filling dish and rotated well during the week.  Sometimes I ate it with some vegan sausages and sometimes we ate it taco style with some wasabi furikake.  It’s great to make at the start of the week and fits right in to weekly meal prep. 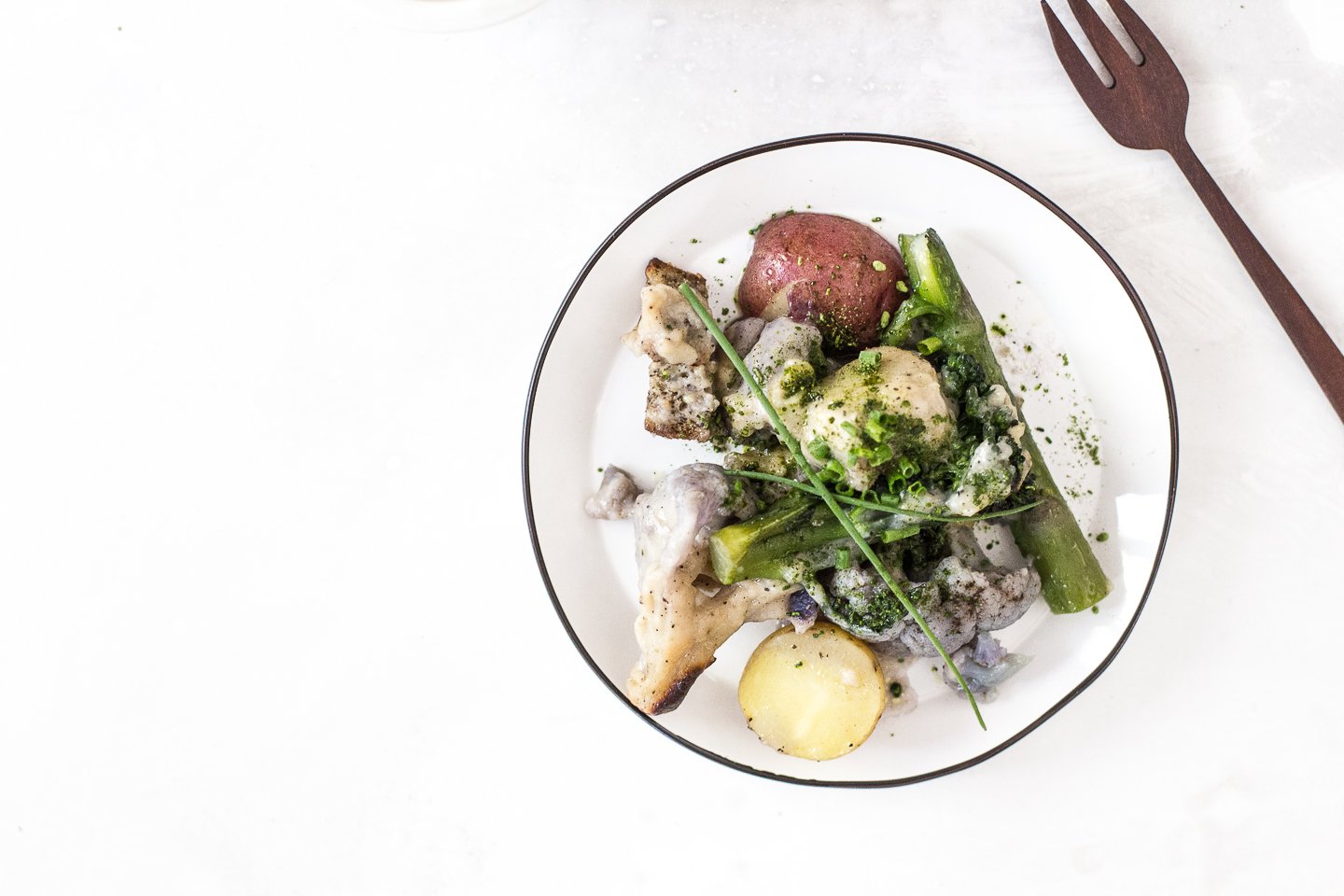 Also don’t forget to take a photo and tag me on Instagram if you make it.  I love seeing you make these recipes! 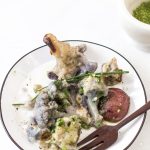 This Spring Time Vegan Veggie Miso Gratin is inspired by our recent trip to Japan as well as the bounty of spring produce.