I Went to Wholefoods and I Ended up Cooking Filipino Spaghetti

Yes you can make Filipino Spaghetti with ingredients from a fancy ass grocery store.  Sure you don’t have too, but why the hell not?  Let me walk you through how to make this super tasty uniquely Filipino dish. 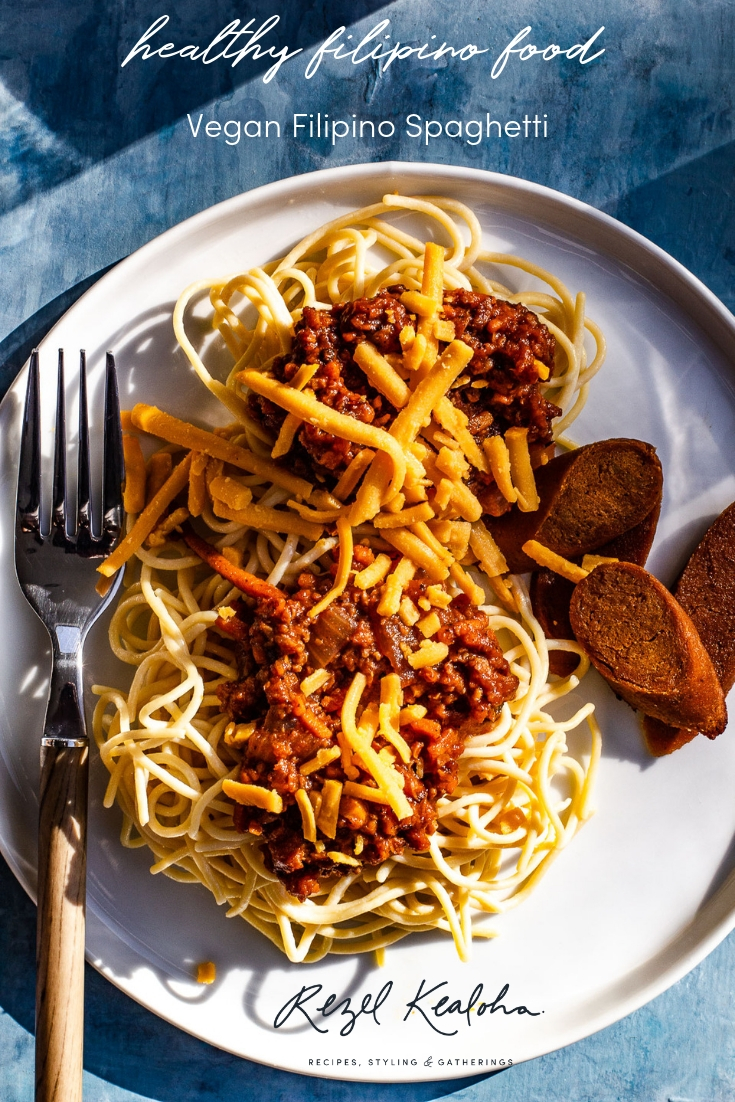 My History with Filipino Spaghetti

My Mom would make us the traditional Beef Bolognese with Spaghetti noodles complete with garlic bread.  Now when we would go and visit my Dad’s side of the family there would a huge platter of what my brother and I would call Pink Spaghetti.  It would be right next to some grilled chicken and rice. 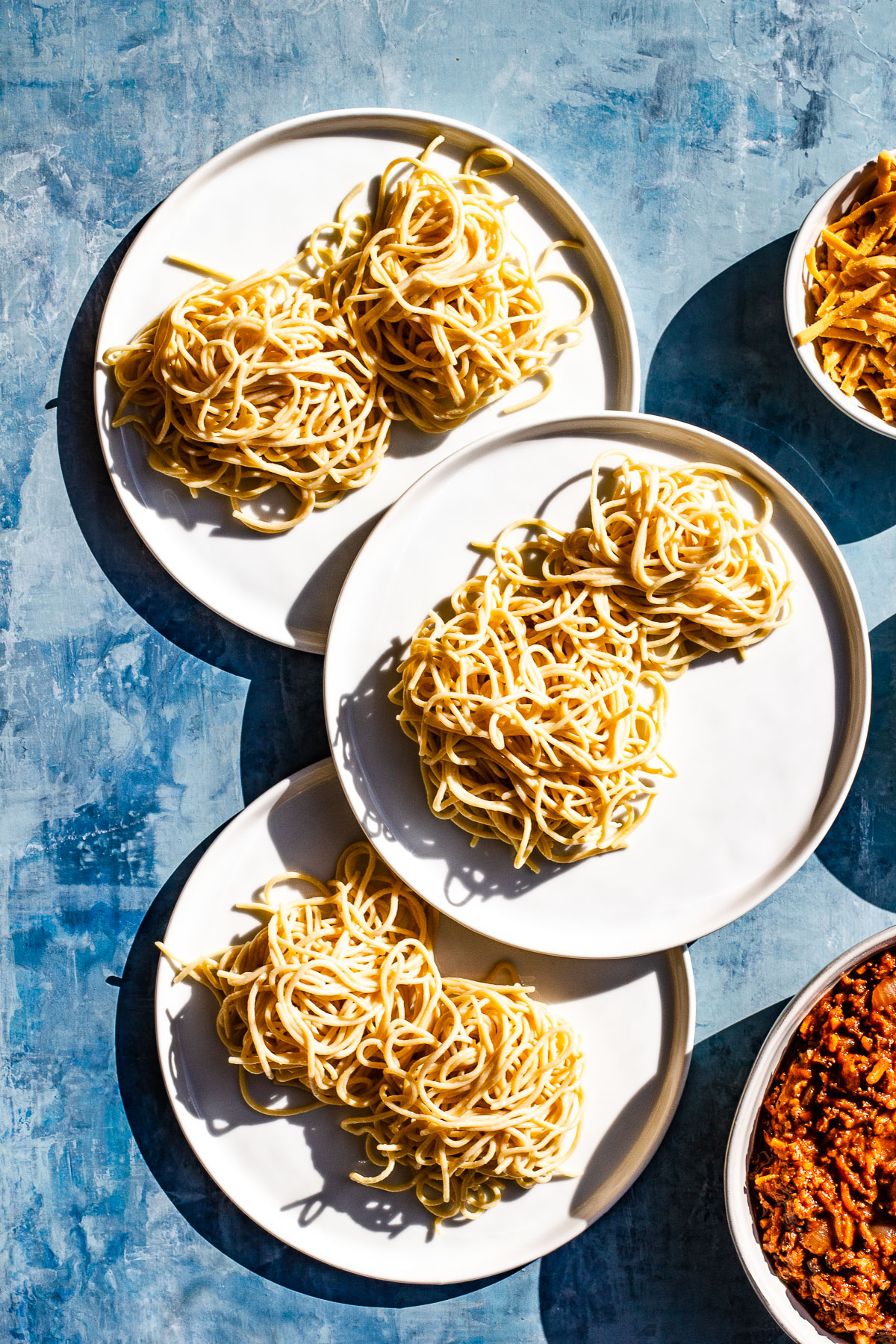 Everything about it was pink.  The sauce that was coating the noodles were pink and it was topped with these hot dogs with a very garish pink hue.  Please don’t ask me what made everything pink.  It was during the 80’s who knows what the heck it was.

Once again it’s one of those recipes that doesn’t have a specific creator.  The gossip is that it was created during World War II through some inventiveness of the cooks of General MacArthur.  Apparently he fell in love with a similar dish when we was visiting Japan and wanted something similar. 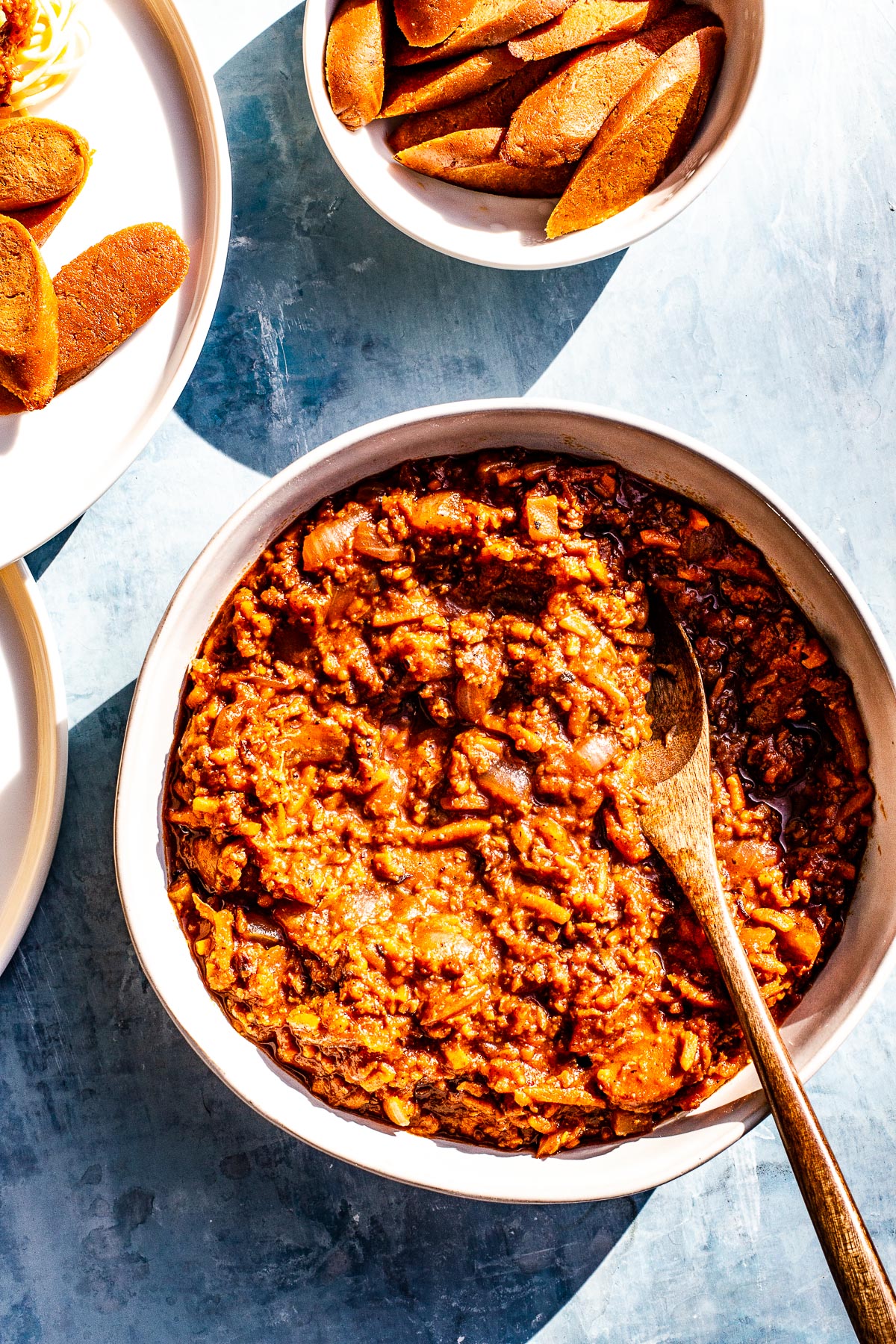 Overtime through family recipes and working with what was available it has evolved to what it is now known today.  Slightly sweet, very onion and super cheesy.  Always with the hot dogs.

We make a family trip to Wholefoods every Friday and this time around I found myself pulling ingredients for this spaghetti.  These were all in my cart:

I have to say this recipe pulls together super quick.  Under 30 minutes quick. I was actually doing some work and saw that the clock said 5pm.  Cooking began right away. 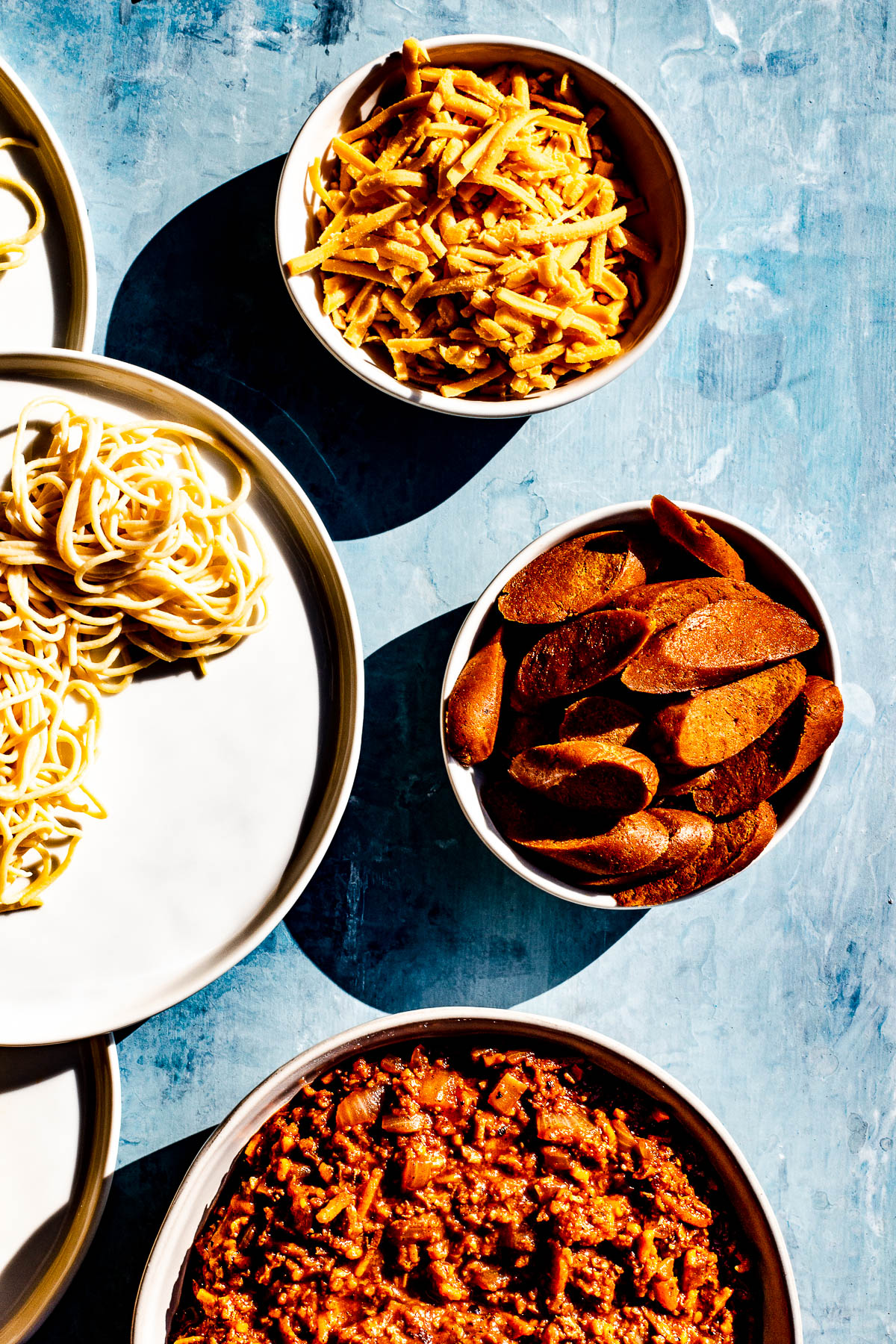 Starting with browning a whole white onion in olive oil.  Then I added the “meat” patties and cooked them down until they were nice and brown and a little crisp.  To get the sauce going I added half a cup of ketchup and about 2 tablespoons of date syrup.  Get that up to a slight boil.

In a separate pot I cooked the noodles and then added half a cup of the water from the cooked noodles to the sauce to loosen it up.  Add some salt and pepper to taste and the sauce is done. 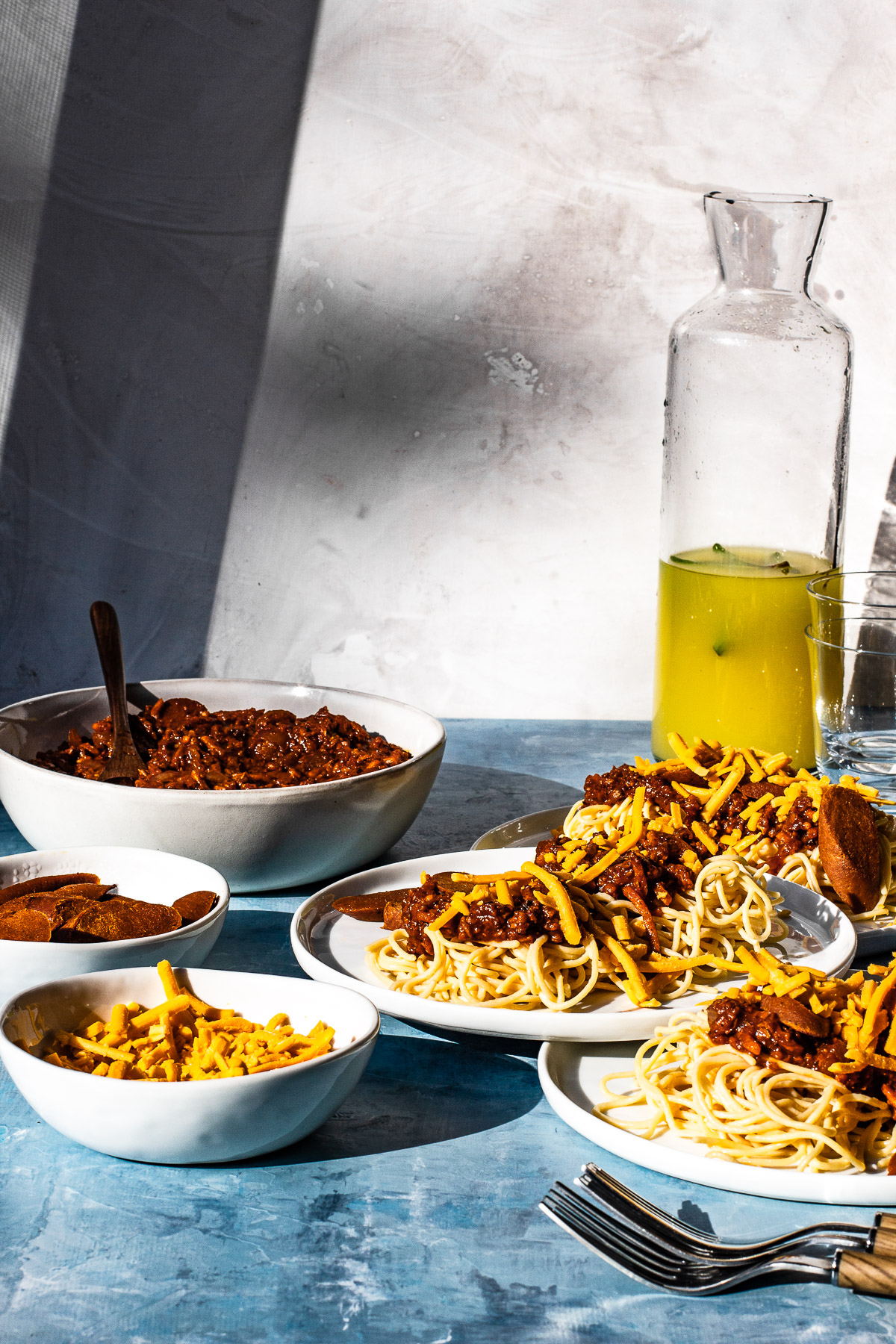 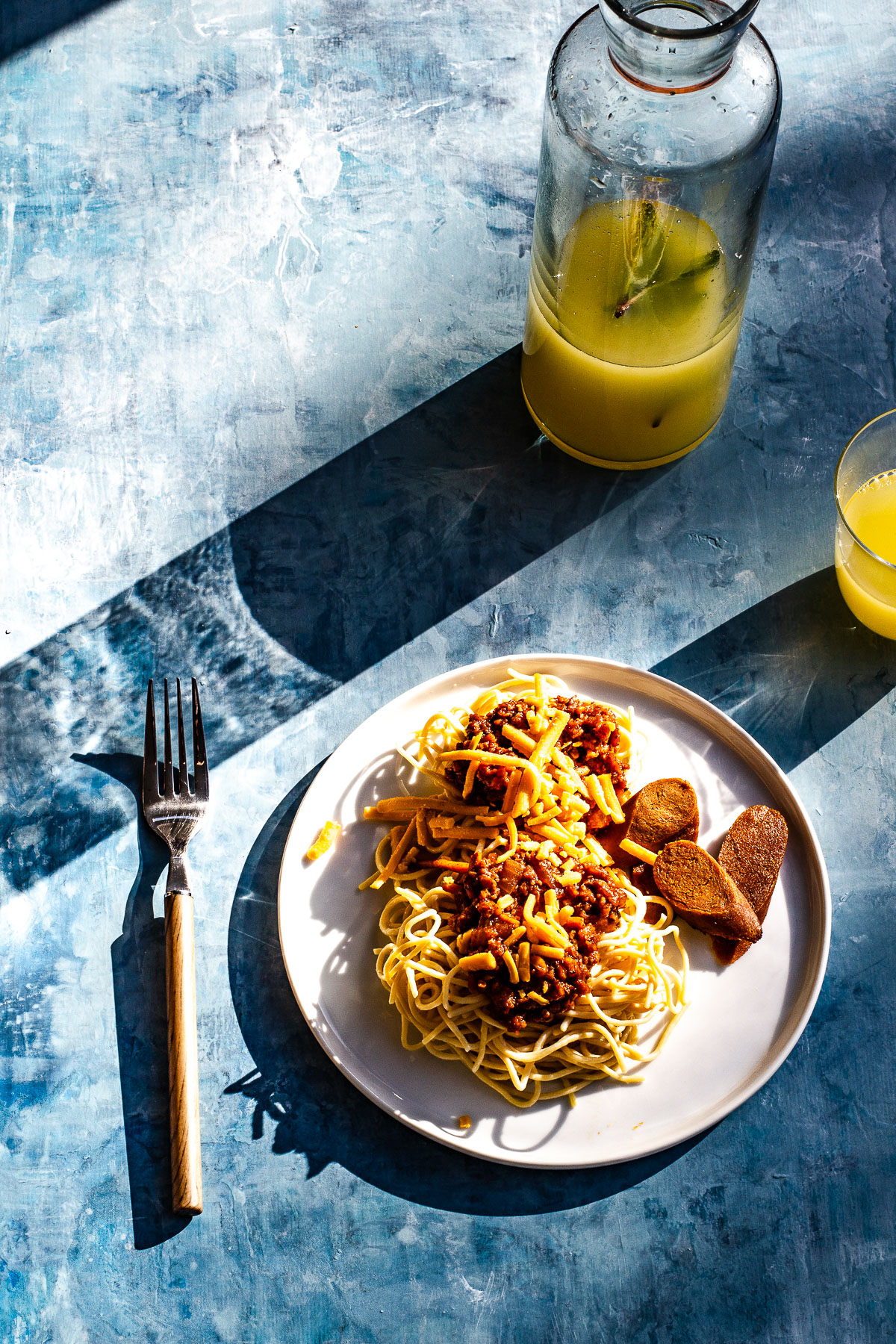 The frankfurters were cooked separately with just a light sear.  To serve spoon the sauce over a bed of noodles and top with the hot dogs and cheddar cheese.  I got it all done at 5.25.  Just in time for dinner. 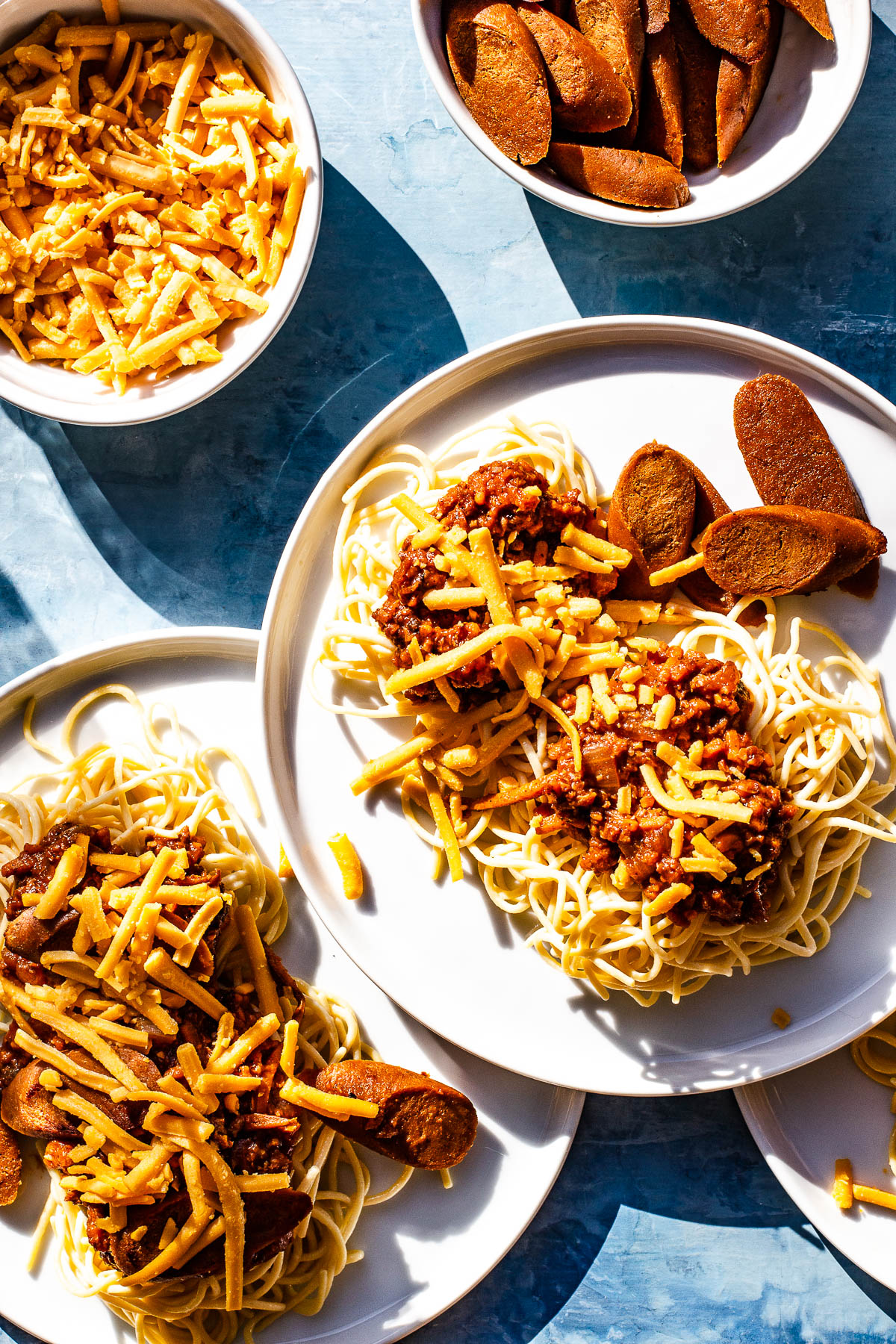