Okay.  This pie was so freaking dope.  On Valentines Day I had a friend come over and we made some pies and nachos.  I made the filling and the pie dough and we (by we I mean her) rolled out the dough and decorated the pie. 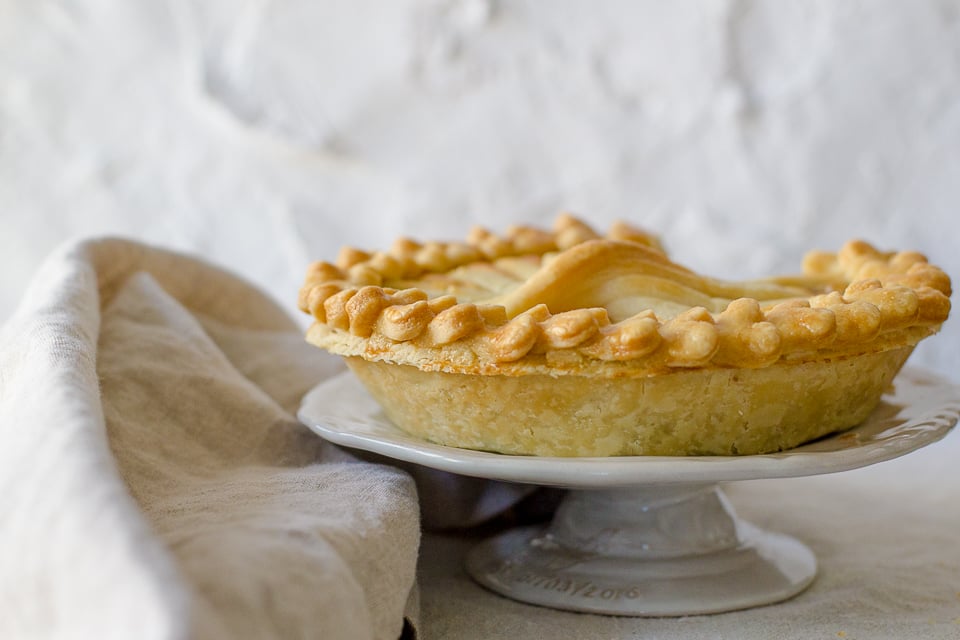 I was pleasantly surprised by how flaky the crust was.  I made my regular pie dough but replaced the butter with vegan butter from Miyoko’s kitchen.  I have to say it worked like a dream and was a one to one replacement. By the way this is not an ad or sponsored.  I just use her butter regularly.

With the filling I used some almond paste and thinned it out with some almond milk and mixed in some tiny apples that were sauteed in vegan butter and cinnamon and date syrup. 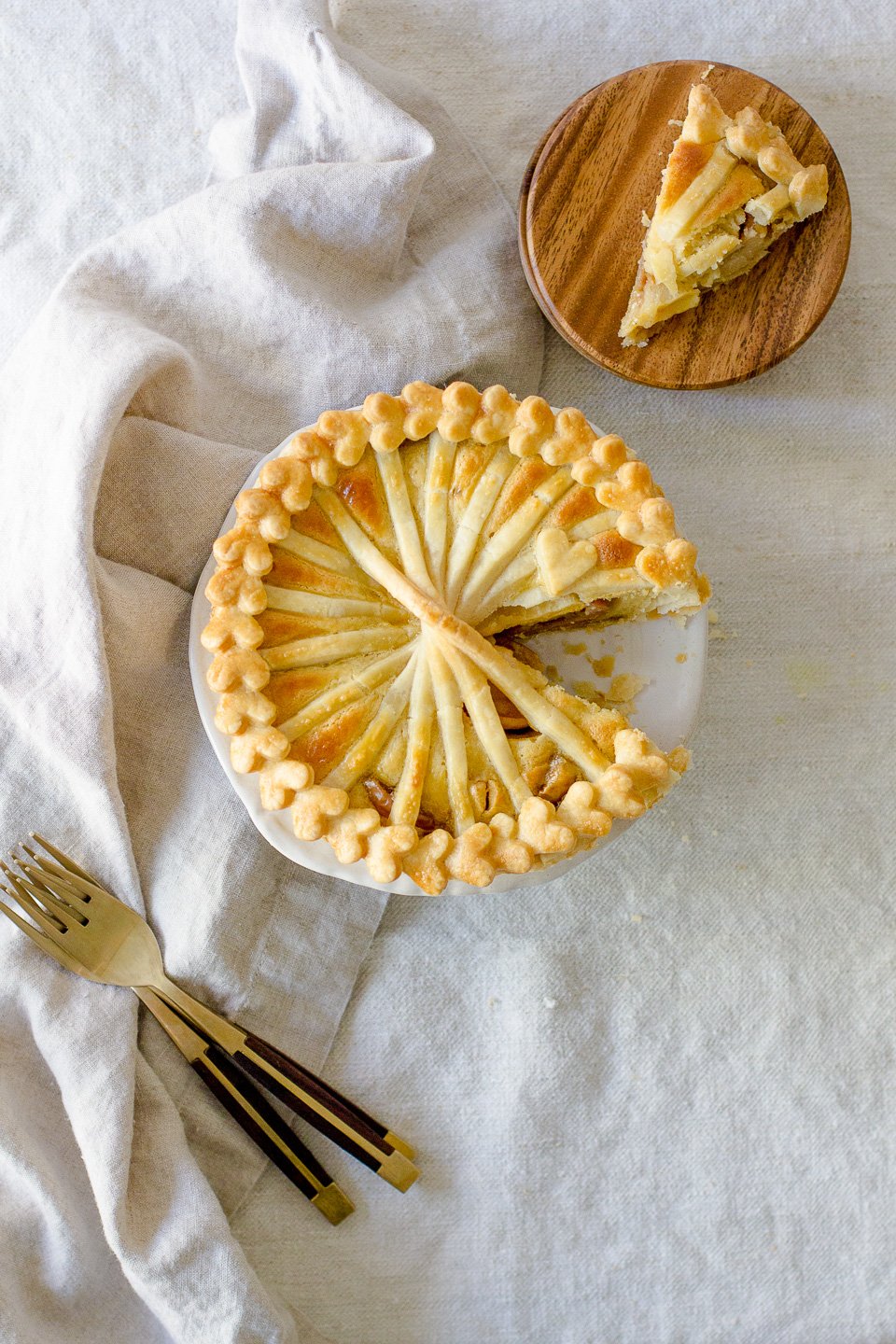 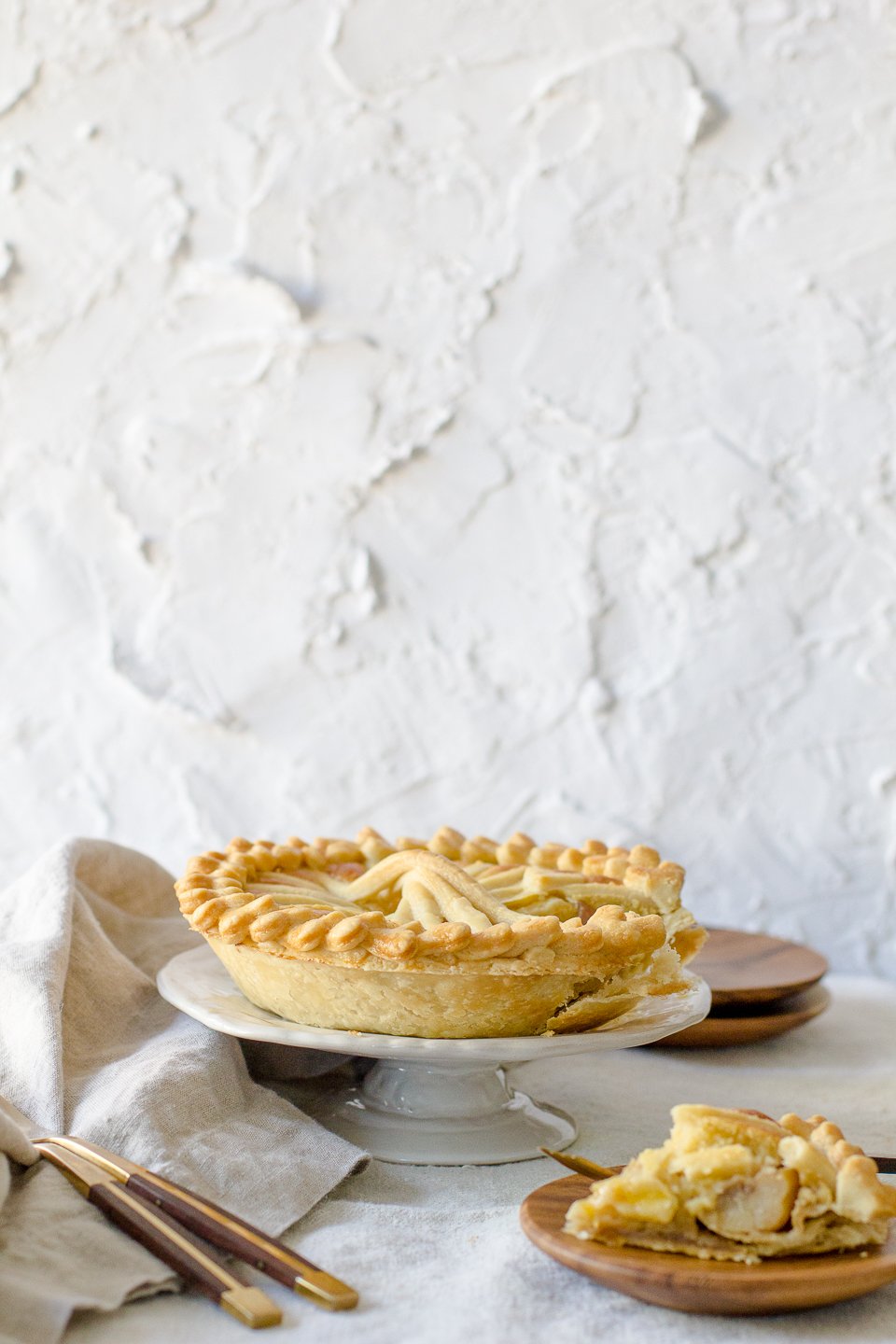 Can you guys see the flakiness of the crust.  It was amazing and none of use could believe it wasn’t real butter.  I even had Madelene from Photo Surfaces come over the next day to have some pie and it was still flaky crunchy.

Oh and yeah.  It was Lauren from Lokokitchen that came over.  I had to save this special pie for PI day.  Did you recognize her signature swirl? 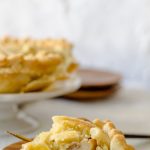