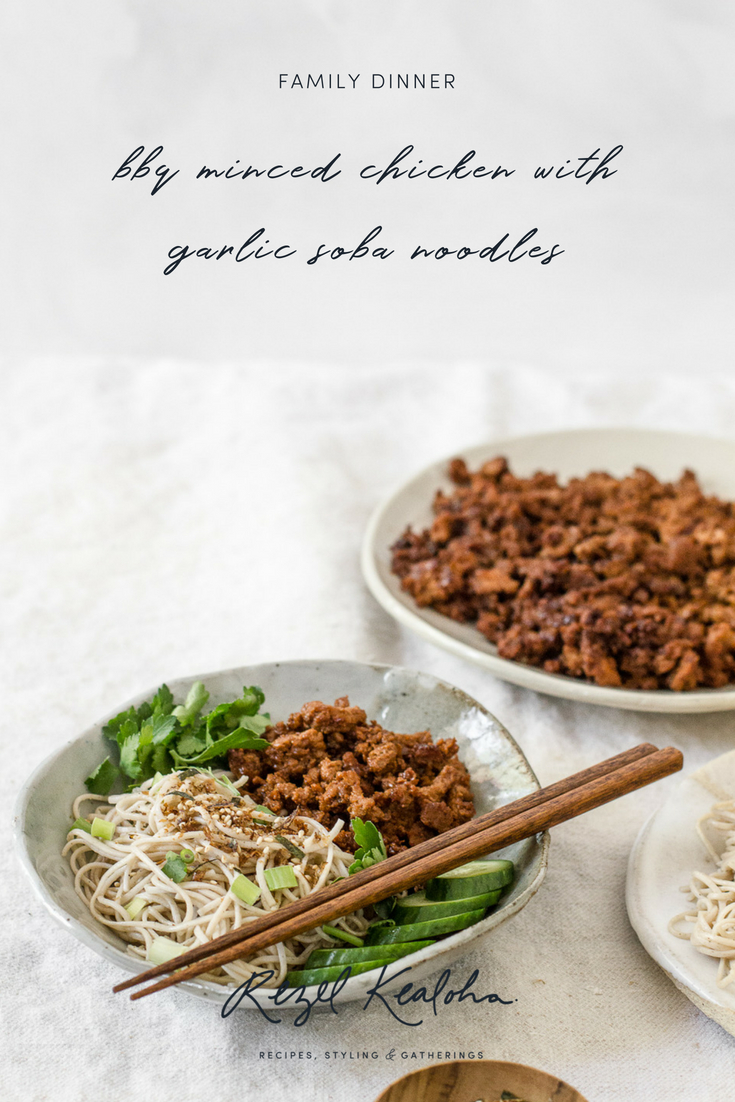 In other words Abby’s favorite dish.  When we were in Singapore back in April one of the meals she loved was the BBQ Pork with dry noodles covered in a dark brown sauce.  To make it easier on myself, I decided to buy a bottle of the sauce to make something similar for her.  Since we have been back from that trip I have made this BBQ Minced Chicken dish for her at least 5 times.

Now the sauce from the bottle is gone.  However I wanted to document this dish and try to recreate the brown sauce in a more healthy-ish way.  The sauce is similar to the standard Hoisin sauce with some additional ingredients.  I kept the bottle to remind me to make it from scratch one of these days.  I will keep you posted when I do!

Abby eats it with no veggies, but mama needs her herbs and something fresh and crunchy, so this is the mama version. 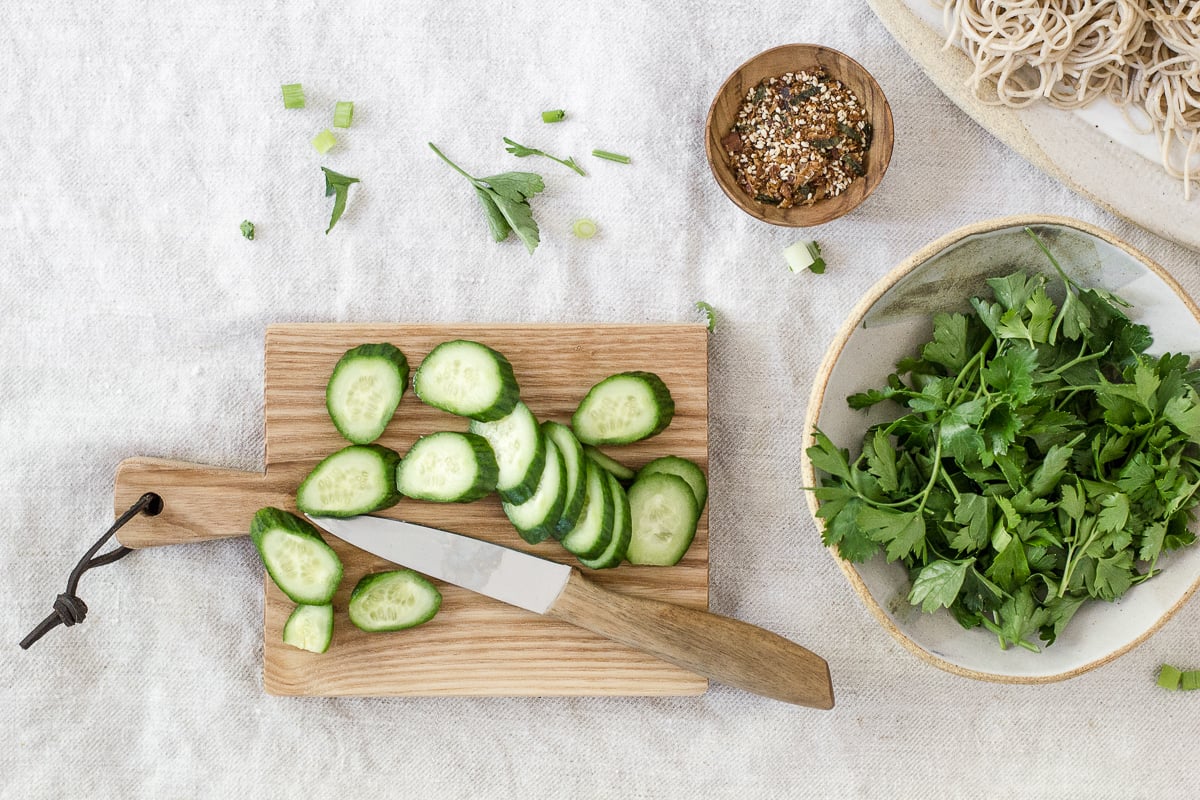 I served the BBQ chicken mince with a some garlic soba noodles.  It’s as simple as just boiling the soba and then cooling it down in some ice water and then coating it in sesame oil.  That helps it from sticking and clumping together when you do a light stir fry with lots of garlic and ginger. 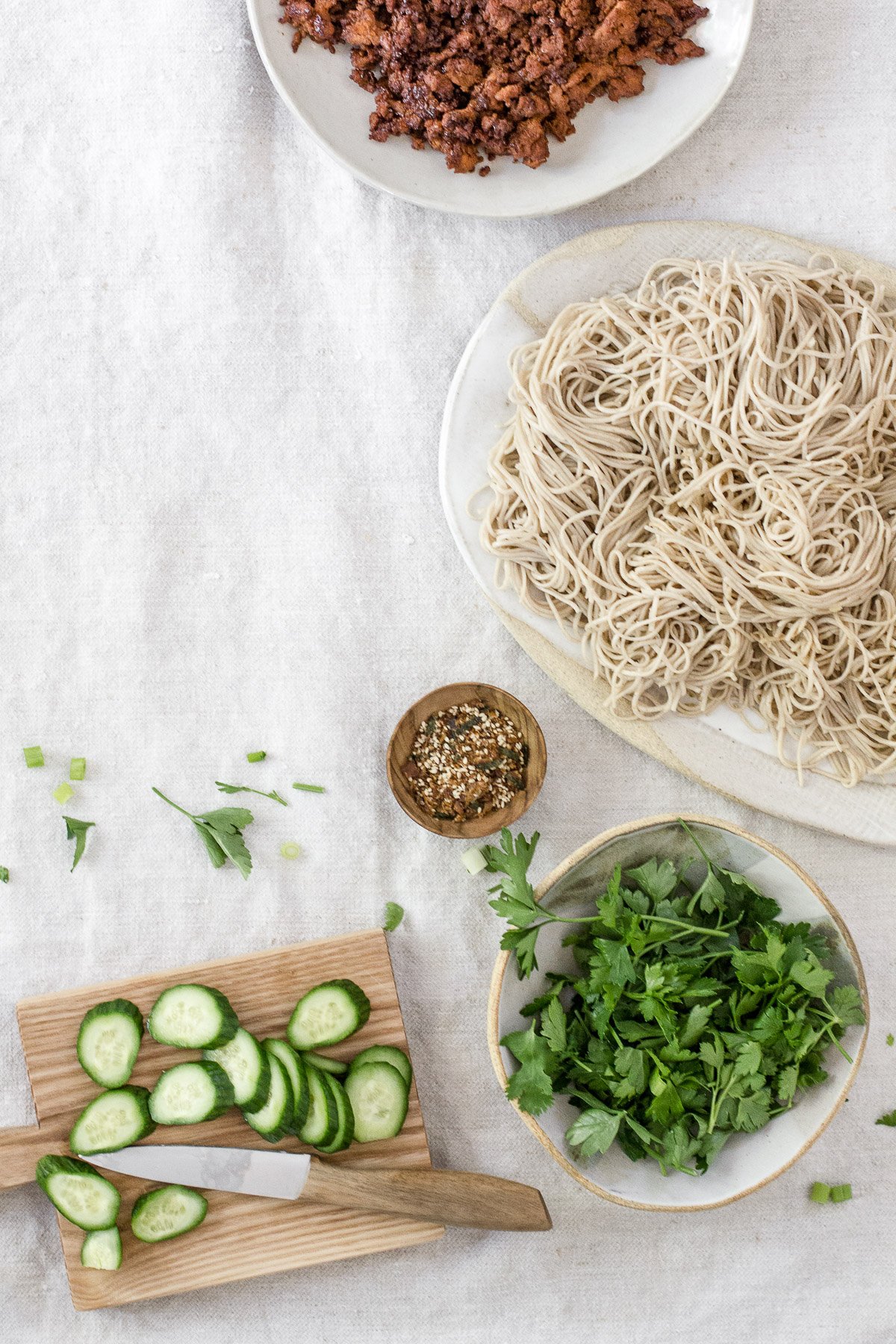 To add some freshness to the noodle bowl I added some fresh cilantro and slices of cold crisp cucumbers.  It cuts through the saltiness of the BBQ Chicken Mince. 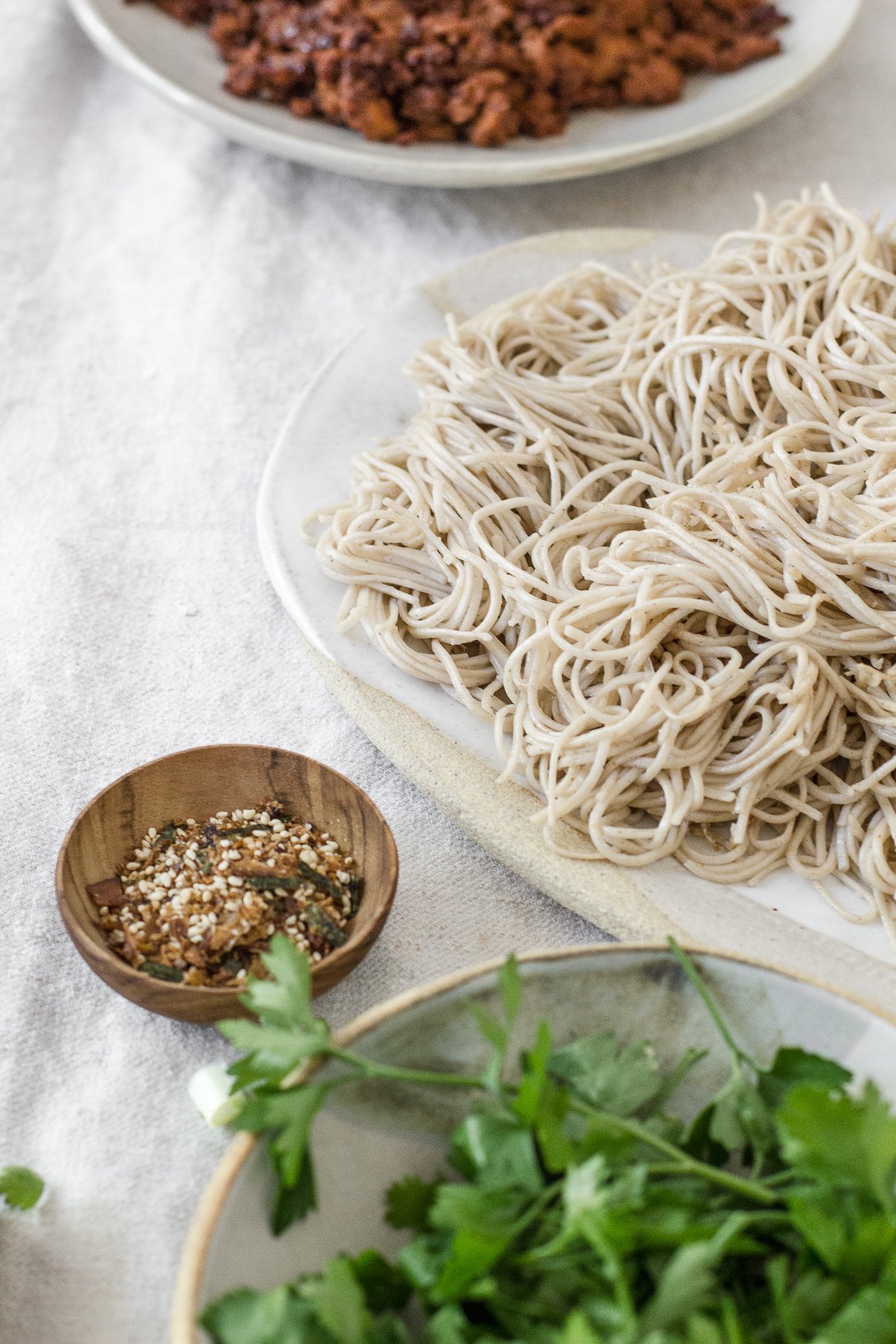 Place a heap of garlic noodles in a bowl and top with the BBQ Chicken Mince.  Sprinkle some furikake seasoning on top and lay some fresh cucumbers on the side and add a bunch of cilantro and green onions.  Sometimes I also serve it with a jammy egg and some sauteed spinach for a more hearty meal. 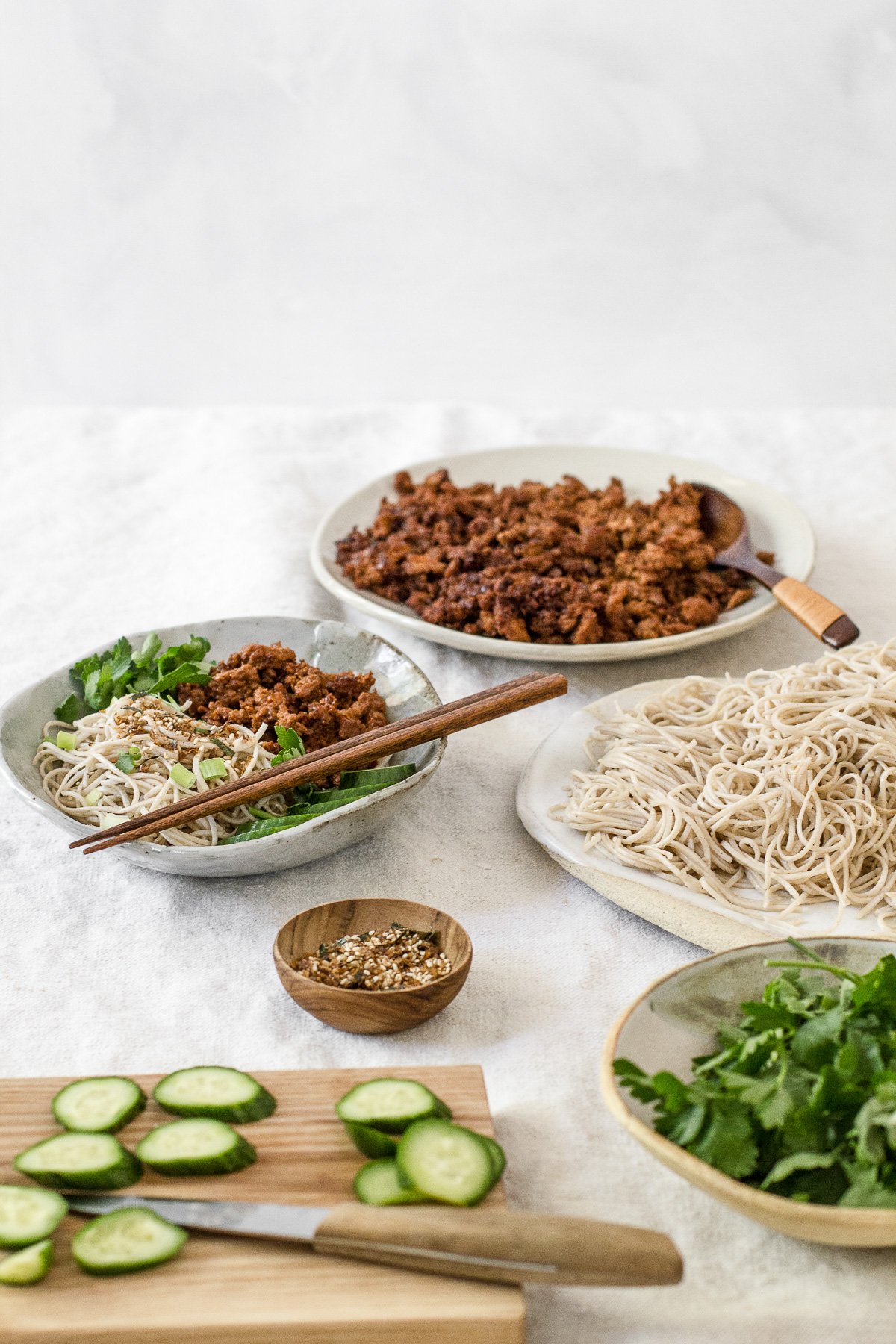 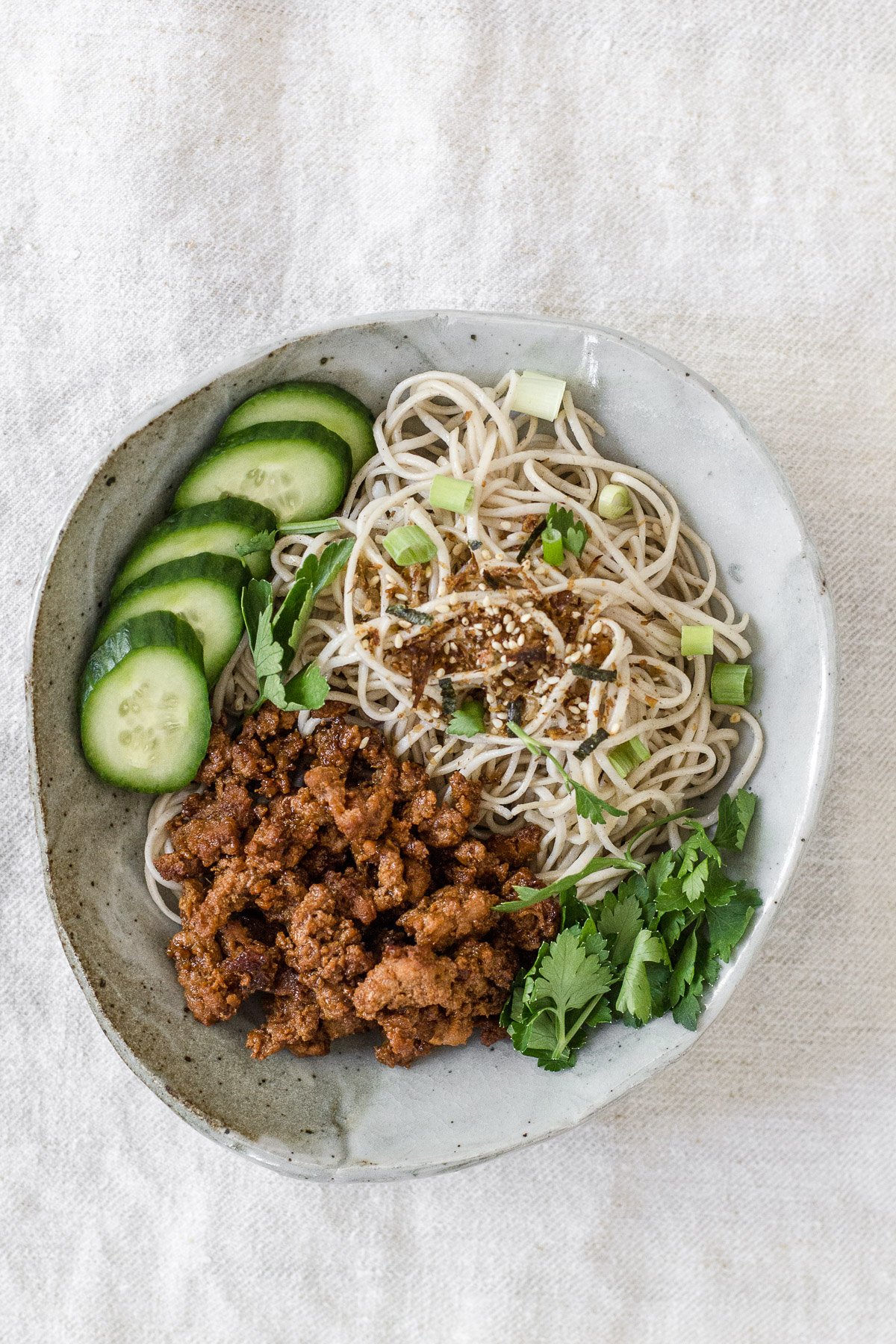 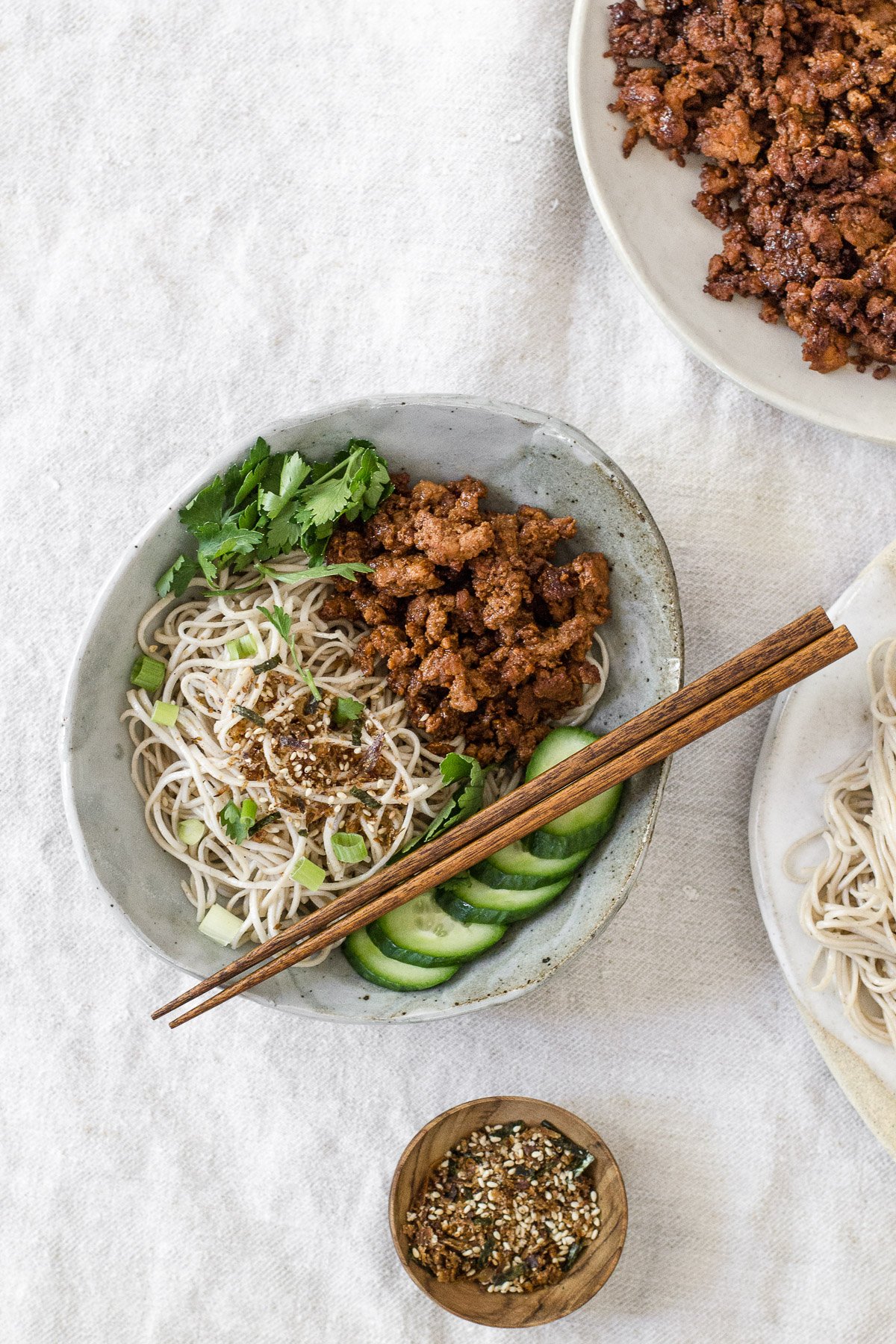 For other easy family meals you can also try making No Recipe Pantry Dinner with Pasta and Two Side Dishes or Crispy Kale and Potato Hash with Green Goddess Drizzle. 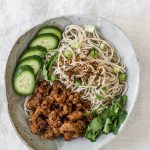