This Sans Rival Macaron is the perfect size to avoid over eating this very decadent and addictive Filipino dessert. 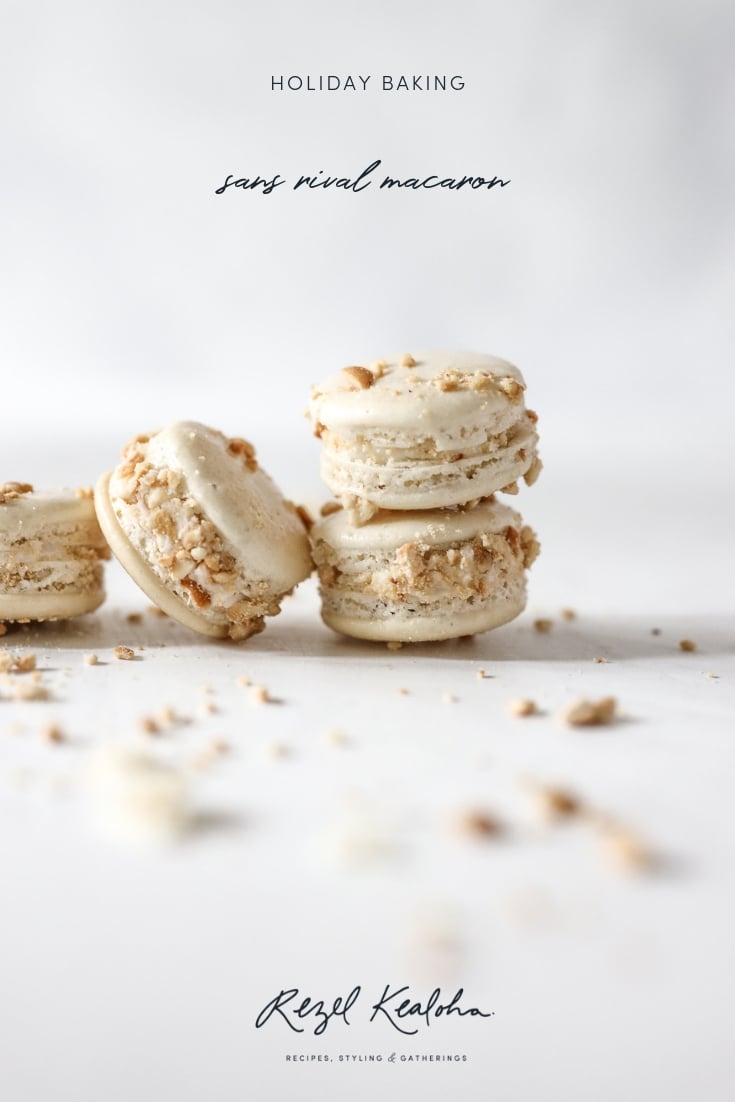 One of the special deserts I grew up with in the Philippines was the Sans Rival. It translates to “No Rival” and yes it sounds very French.

I found it hard to pinpoint who invented this dessert, and from my research it seems that it was invented between the 1920’s-30’s by Filipinos who studied in France. The brought back the techniques of the dacquoise and made it their own. 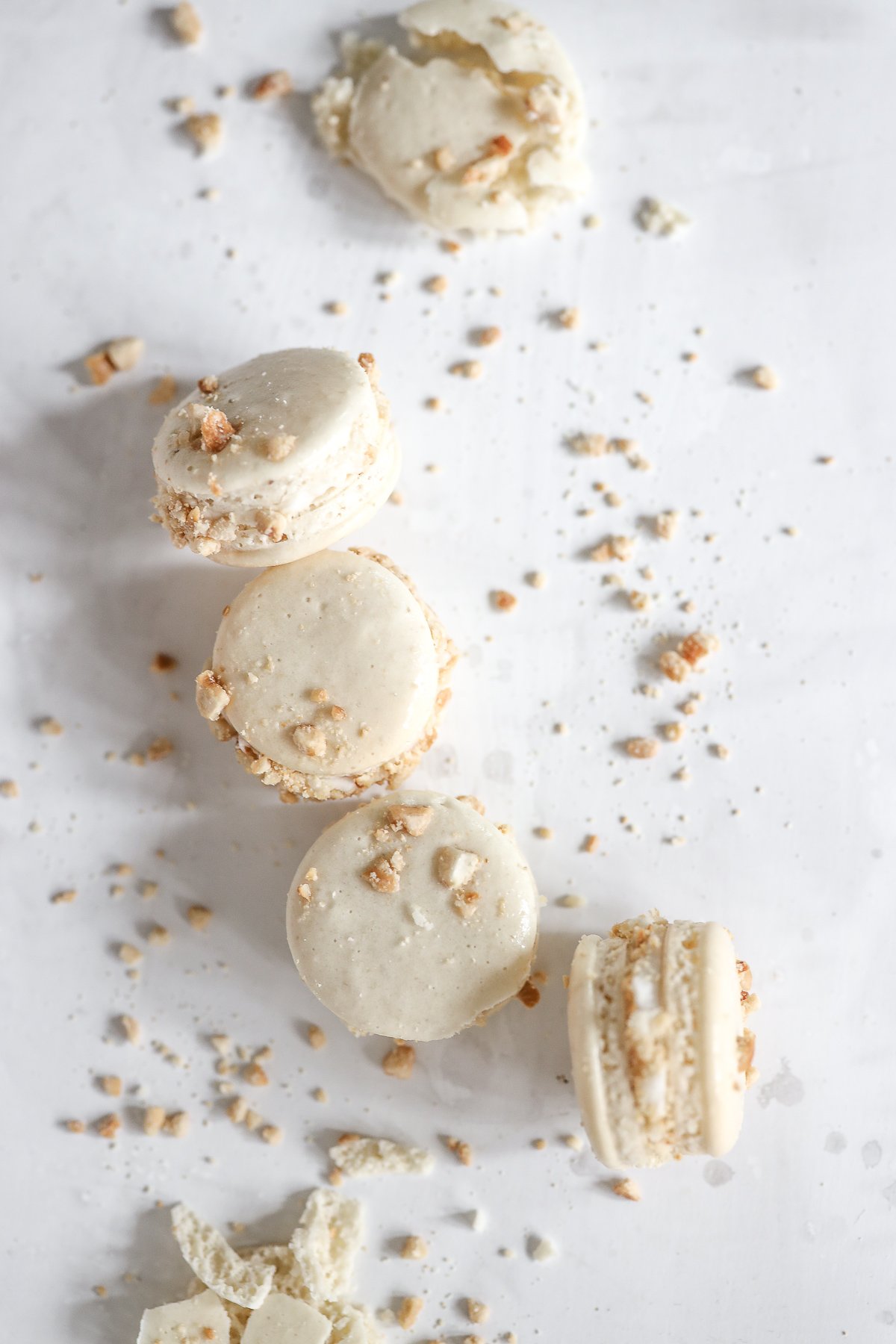 It’s a cake made of cashew meringue disks layered with butter cream and covered with crushed cashews. Oh so simple, but heavenly. It’s one of those cakes where you think nah, it’s too much sugar and butter. But then the cashews bring you in and you can’t stop eating it. It’s freaking addictive.

My Aunt made it for special occasions only because of how decadent it was.

I wanted to bring it back, but in a smaller portion size and really, it’s perfect as a macaron.  It works with either using cashew or almond flour in the macaron shells.  It’s harder to find cashew flour, so it’s more than acceptable to use the traditional almond flour. 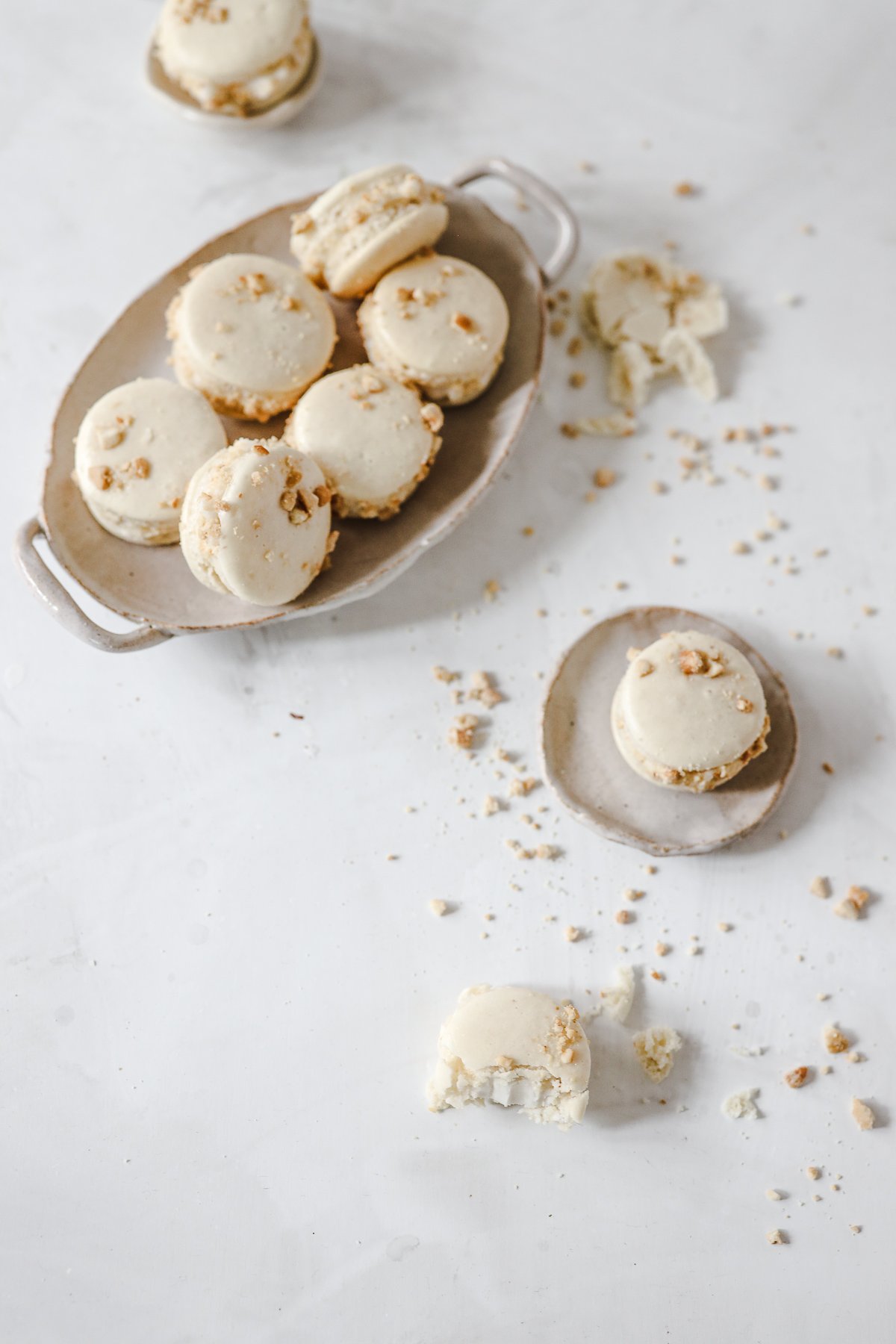 I topped the shells with some crushed salted cashews to cut through the sweetness and my version of the buttercream is made with vegan butter mixed with some cassava syrup.

Biting into one of these brought back memories of watching my Aunt make them when I was much younger.  When you do make them I would highly suggest leaving them in the freezer overnight after sandwiching them in the buttercream.  It gives it the key chewy texture.

Now what are you waiting for.  Try it out.  Oh and if you need any macaron tips you can read up on some on my previous post about macaron making right here.  It also has a full list of what kind of equipment you will need to make them. 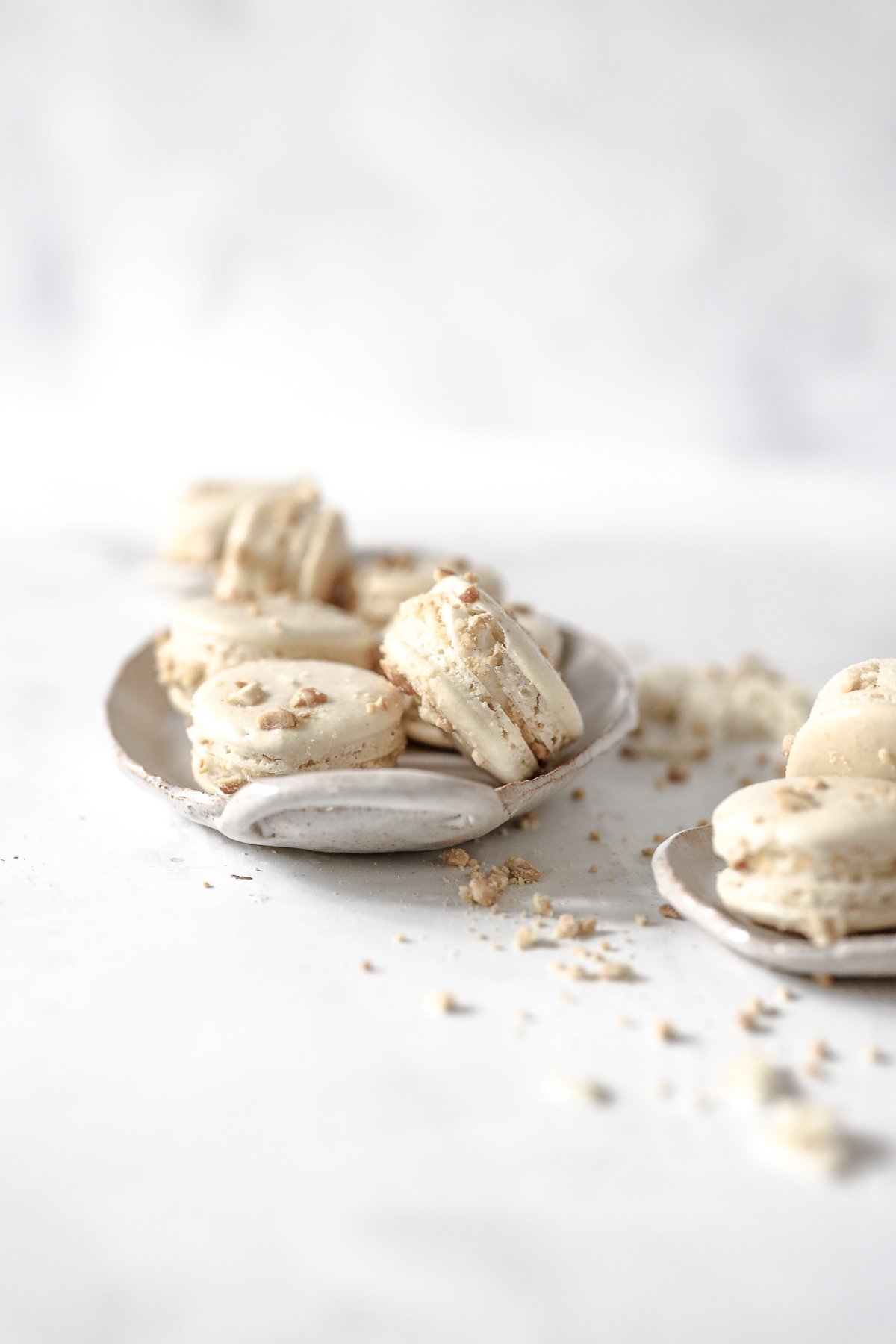 When you do make them, don’t forget to tag me at @rezelkealoha on Instagram.  Happy baking!! 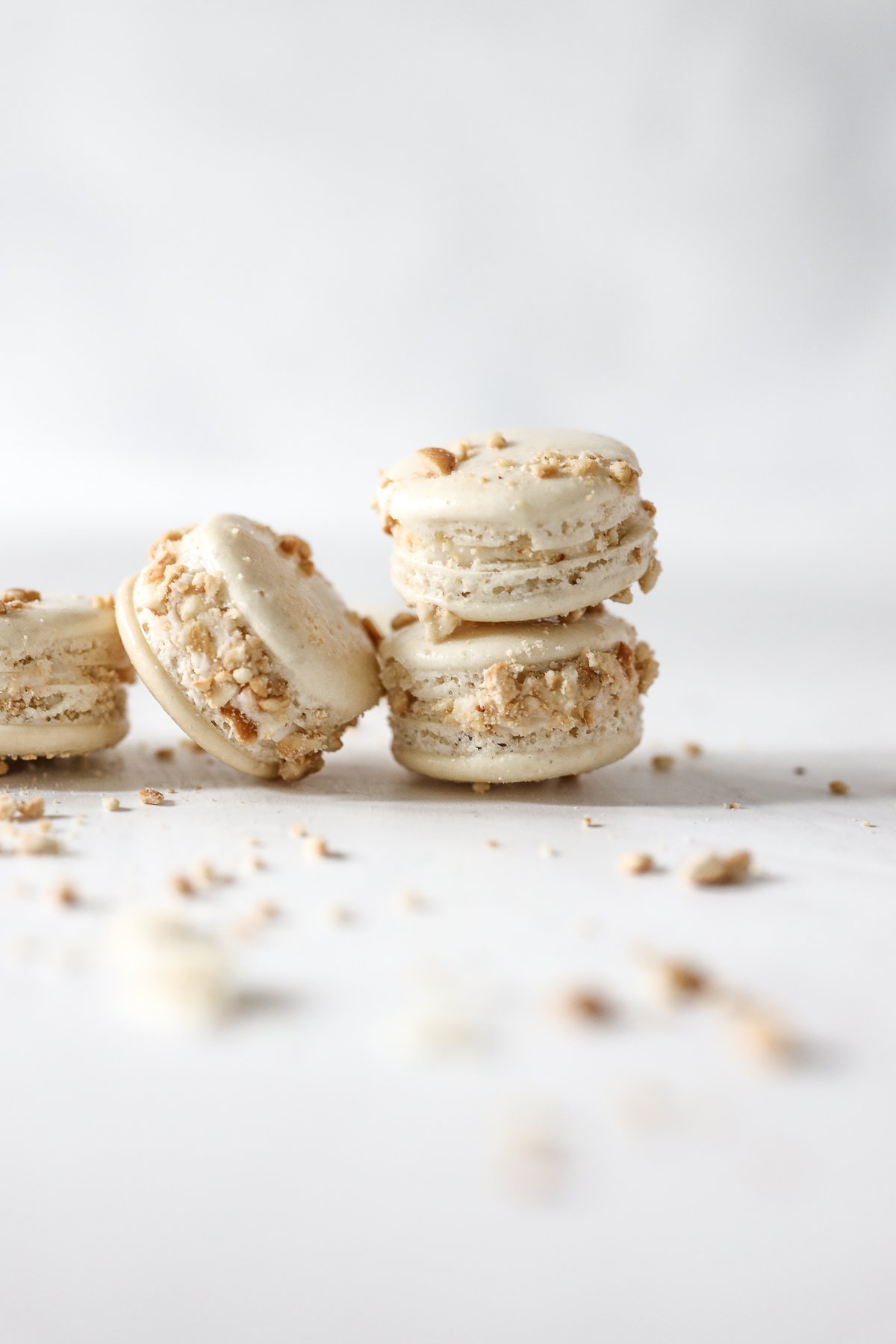 You can replace the cassava syrup with either date syrup or maple syrup.  I used cassava so that the color of the buttercream would still be white.
Did you enjoy making it? I would love to see it! Tag me on Instagram @rezelkealoha with the #rezelkealoha!