This California Veggie Burger filled with California produce and made with a veggie burger patty.  It’s dressed with a longanisa vegan mayo to give it a little Filipino flare. 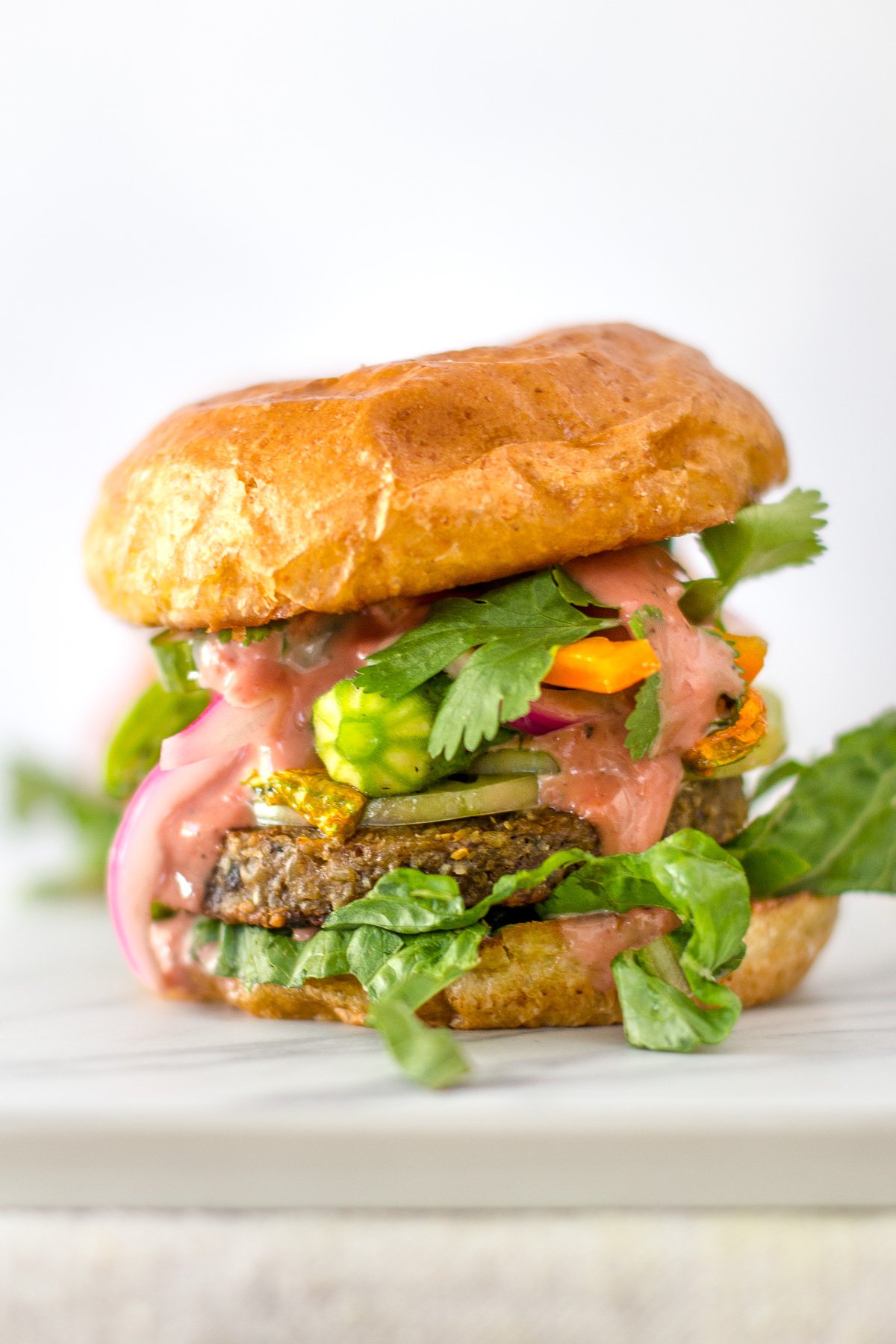 I’m back with Amy’s Kitchen, this time with #veggieburgerday.  The theme this year is international flavors.  Can I tell you I was super super excited about this, as I have been wanting to make a burger for awhile.  I mean look at it, it’s the perfect food to photograph.  So many layers of goodness.  I’ve also wanted to make a Filipino inspired burger and this was just the perfect opportunity to make it happen. 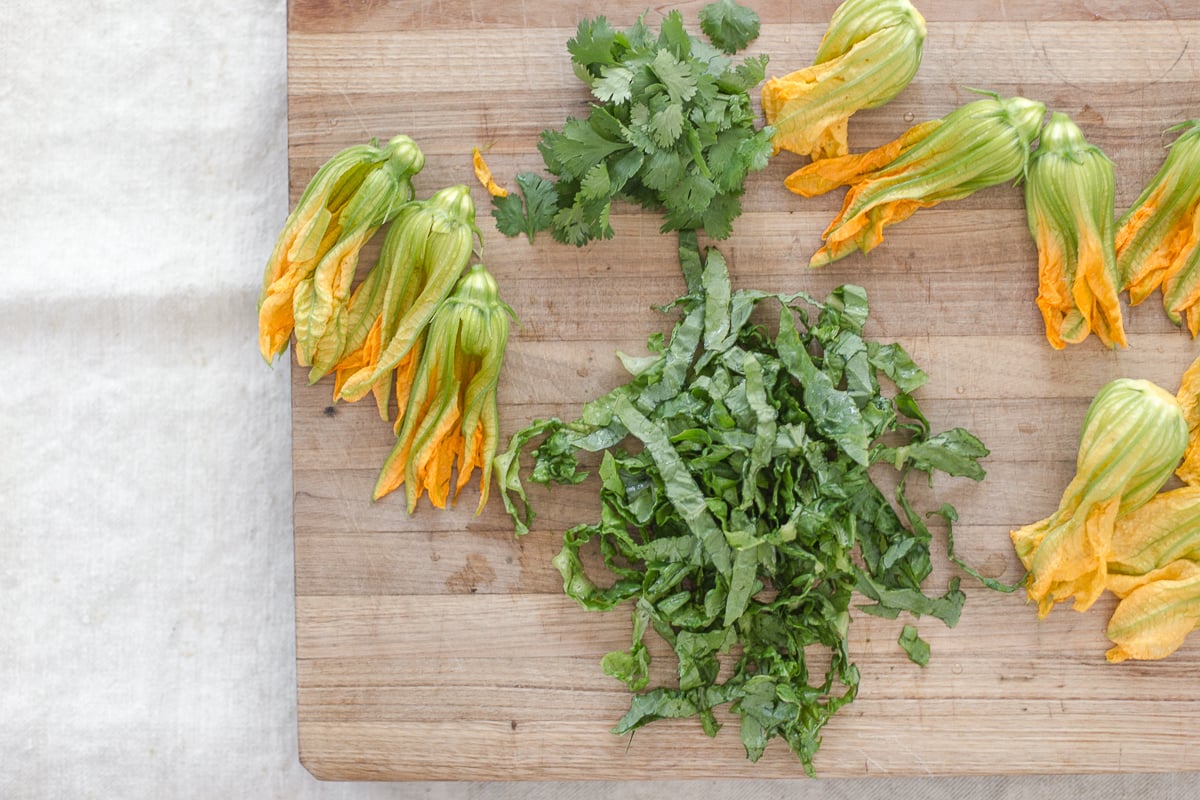 I used Amy’s Kitchen California Veggie Patty and went to the farmers market and picked up some lettuce, herbs and squash blossoms.  The squash blossoms were tossed in so olive oil and salt and pepper and lightly fried.  The lettuce and herb were just roughly chopped.  The patties were fried in some oil to get it nice and crispy on the outside. 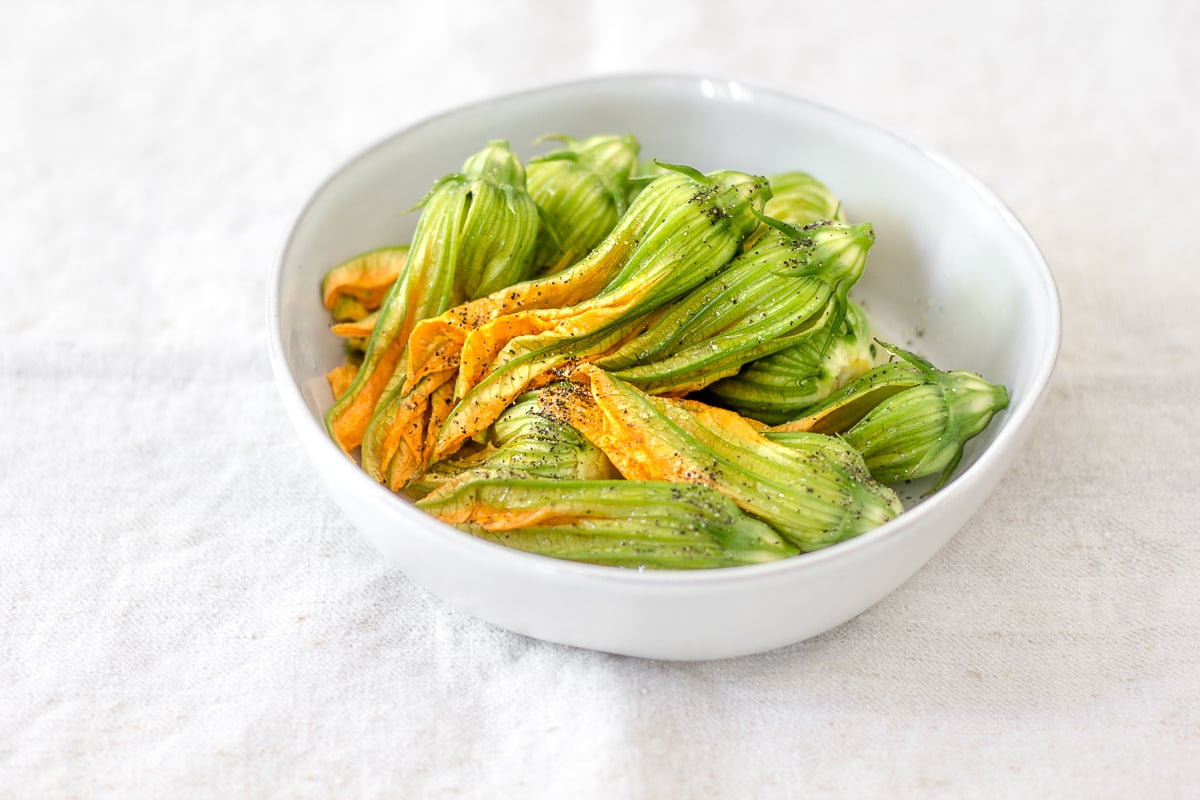 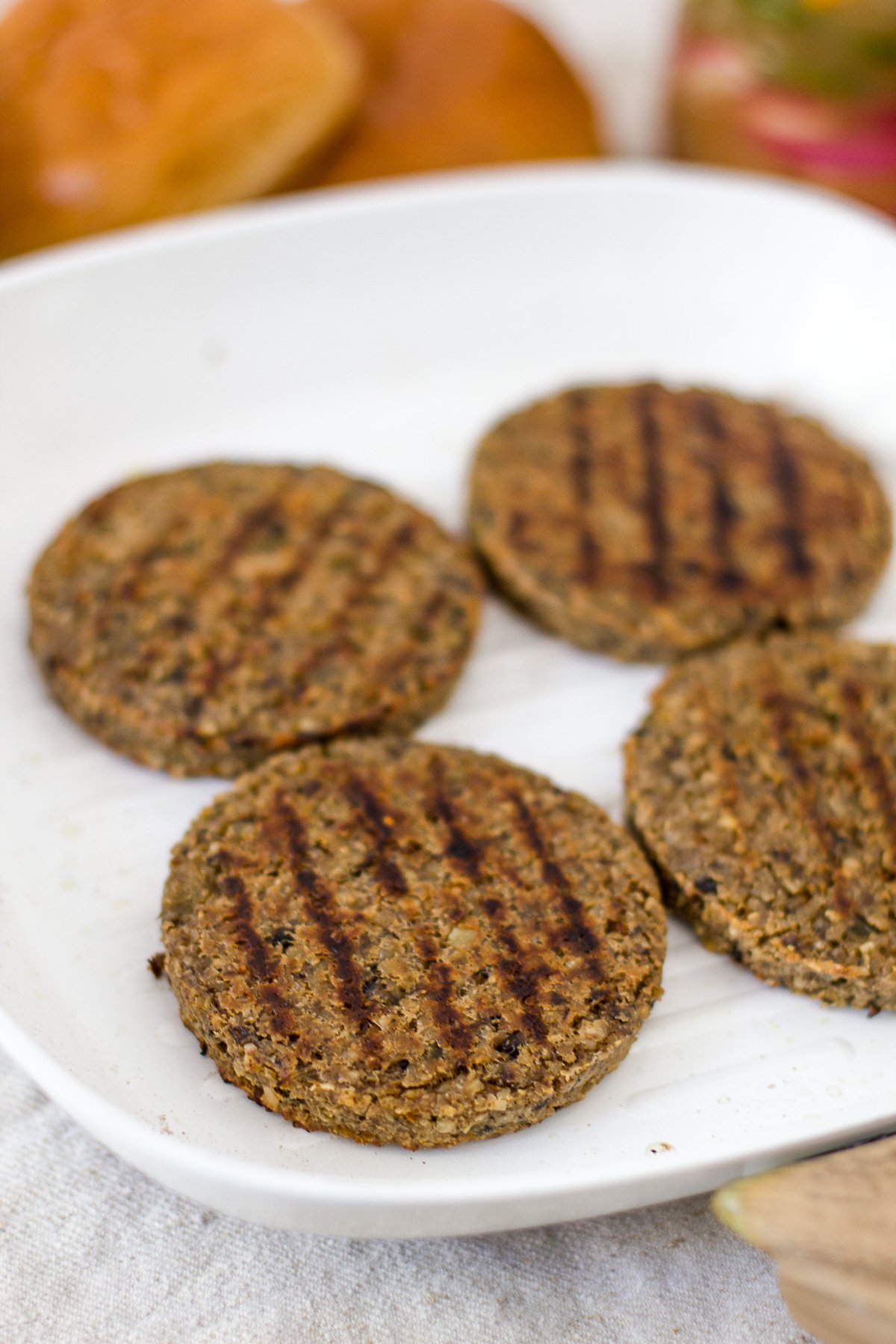 What makes it Filipino?

Well it’s the pickled veggies and the not so secret sauce, as I’m about to give that recipe up to you all.  Have any of you heard of longanisa?  It is a sausage from Spain, and we Filipinos made it our own by adding more garlic and sweetened it up.  What I did was use the seasoning for the sausage and mixed it in with some vegan mayo.  Dang you say… so smart.  Well thanks :). 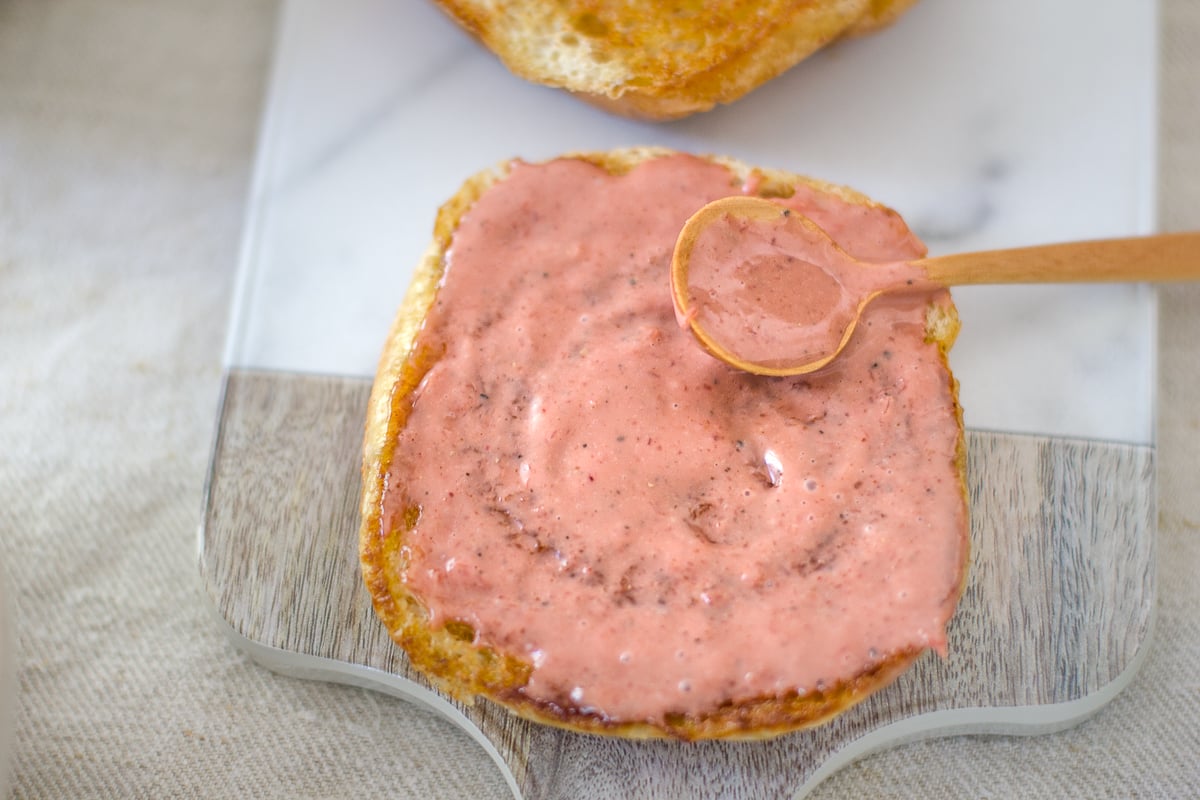 The second Filipino component of the California Veggie Burger is called Atchara.  It’s basically picked vegetables.  Traditionally it’s green papaya based with some carrots, raisins, ginger, bell pepper and garlic.  There is no green papaya near by and I hate carrots and raisins — why???  So I just used what I wanted to pickle from the Farmers Market and put everything in a mason jar to marinate.

For my version of Atchara I used red onion, cucumbers, bell peppers, peppercorn, pink Himalayan sea salt and coconut vinegar.  I do the quick pickle version where I just layer the veggies and spices and pour over the vinegar.  Heating is not necessary. 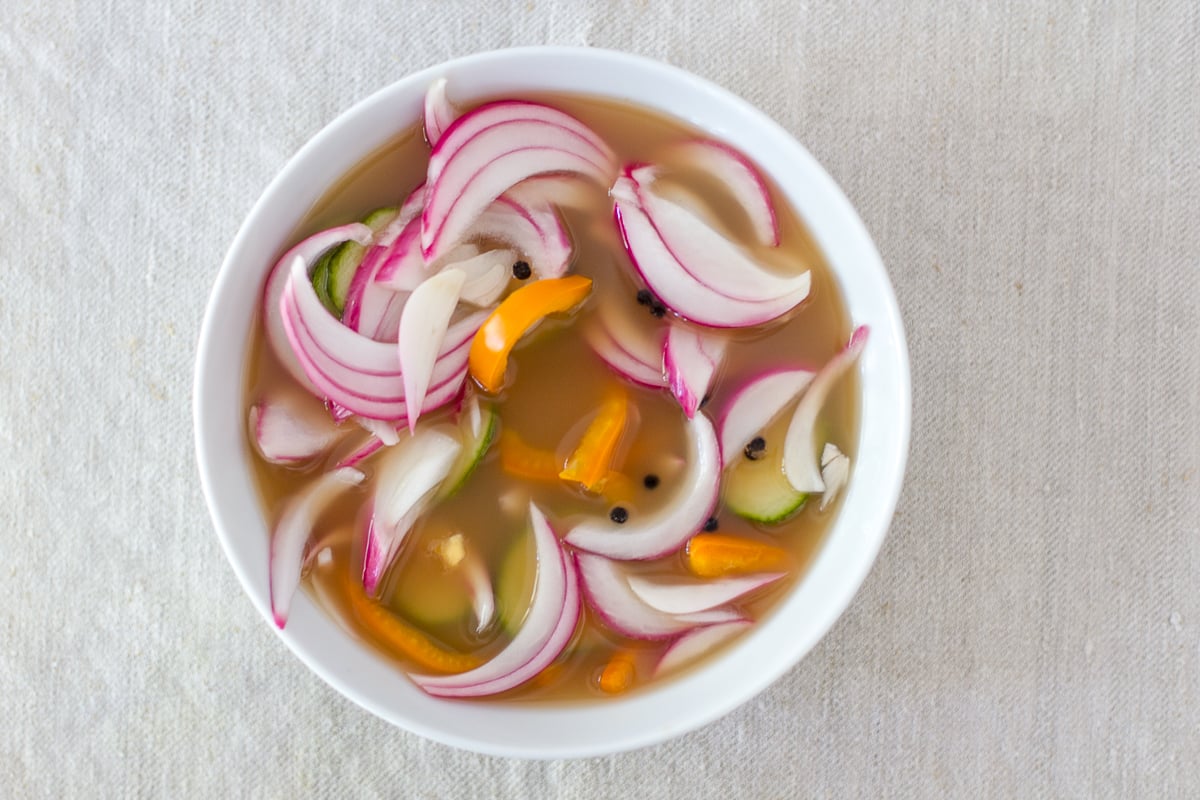 Lightly toast some burger buns and season them with salt and pepper.  Then the bottom bun was spread with the longanisa vegan mayo.  Then you top it with some shredded lettuce. 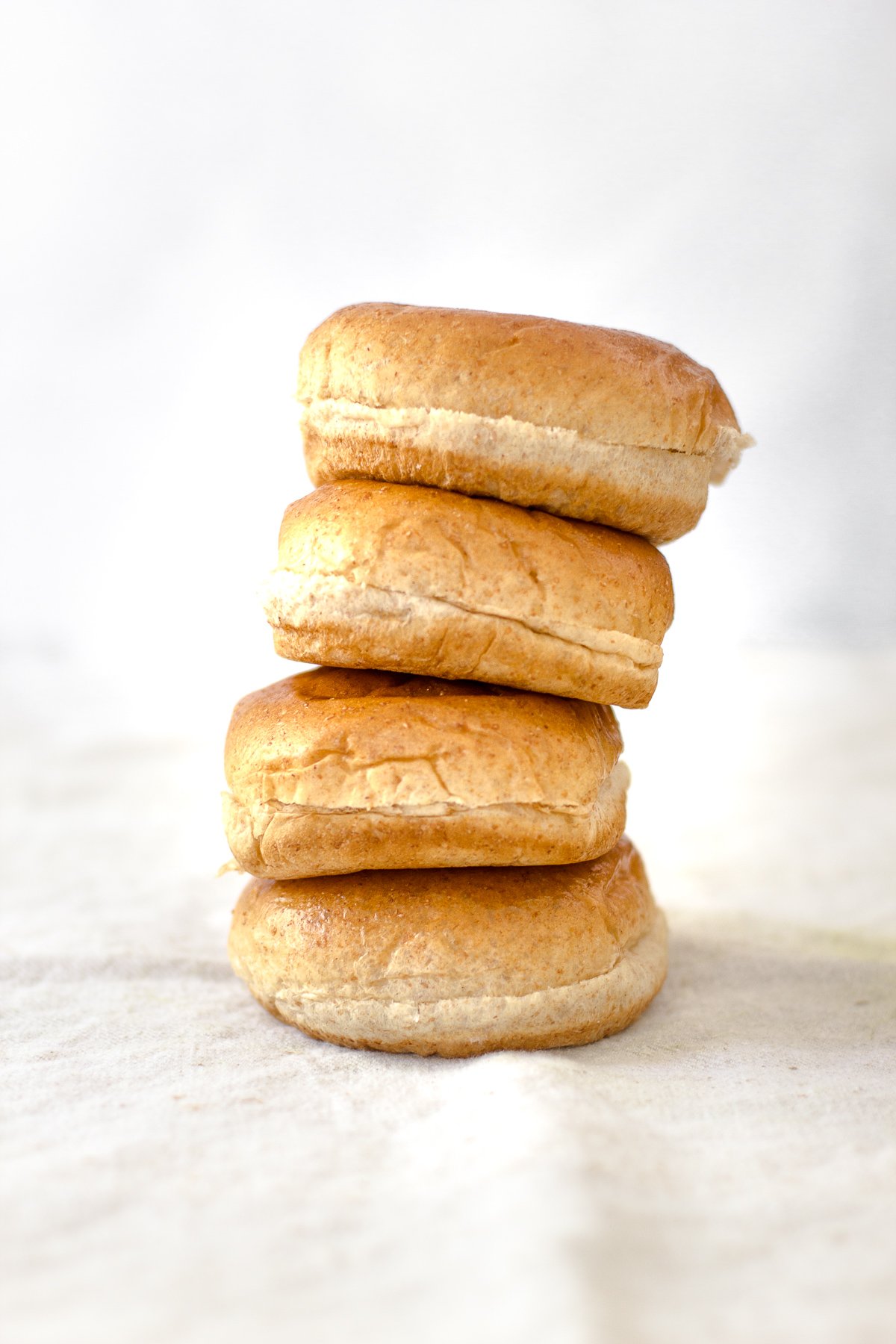 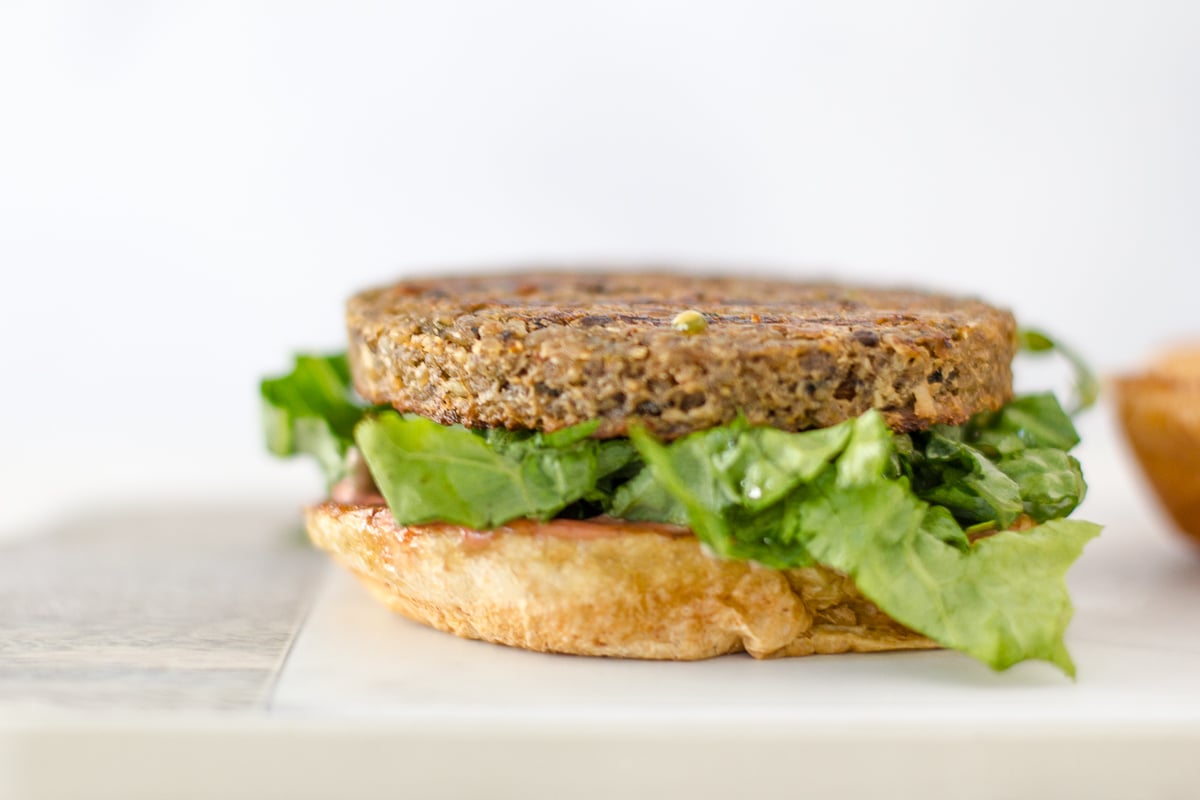 Now the fun begins – add the California Veggie Patty.  Then Layer a few slices of tomato, squash blossom and then the atchara.  Cilantro was added to the very top to add a little bit of freshness. 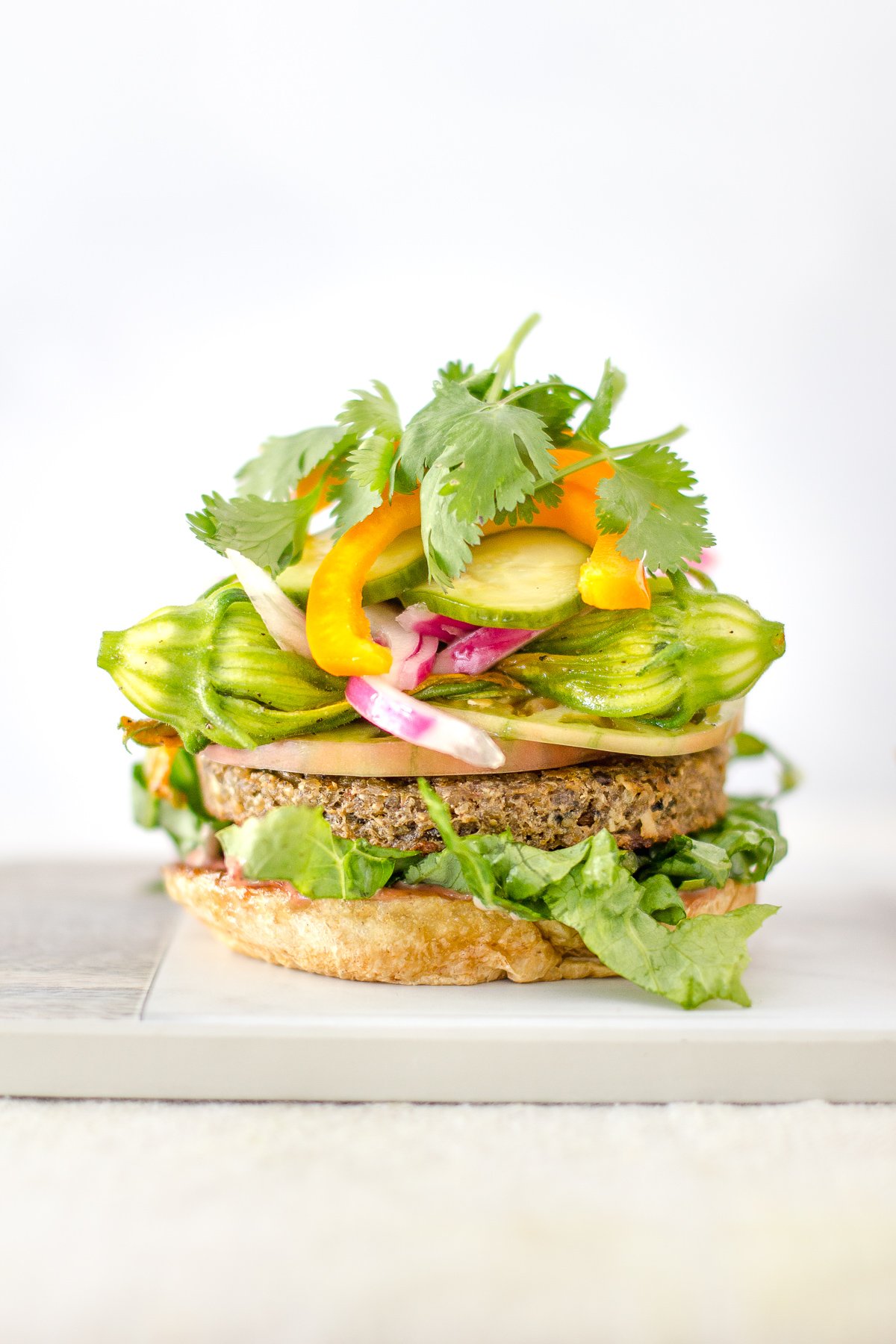 Then drizzle more of the longanisa vegan mayo and damn you have a pretty nice looking burger right there. 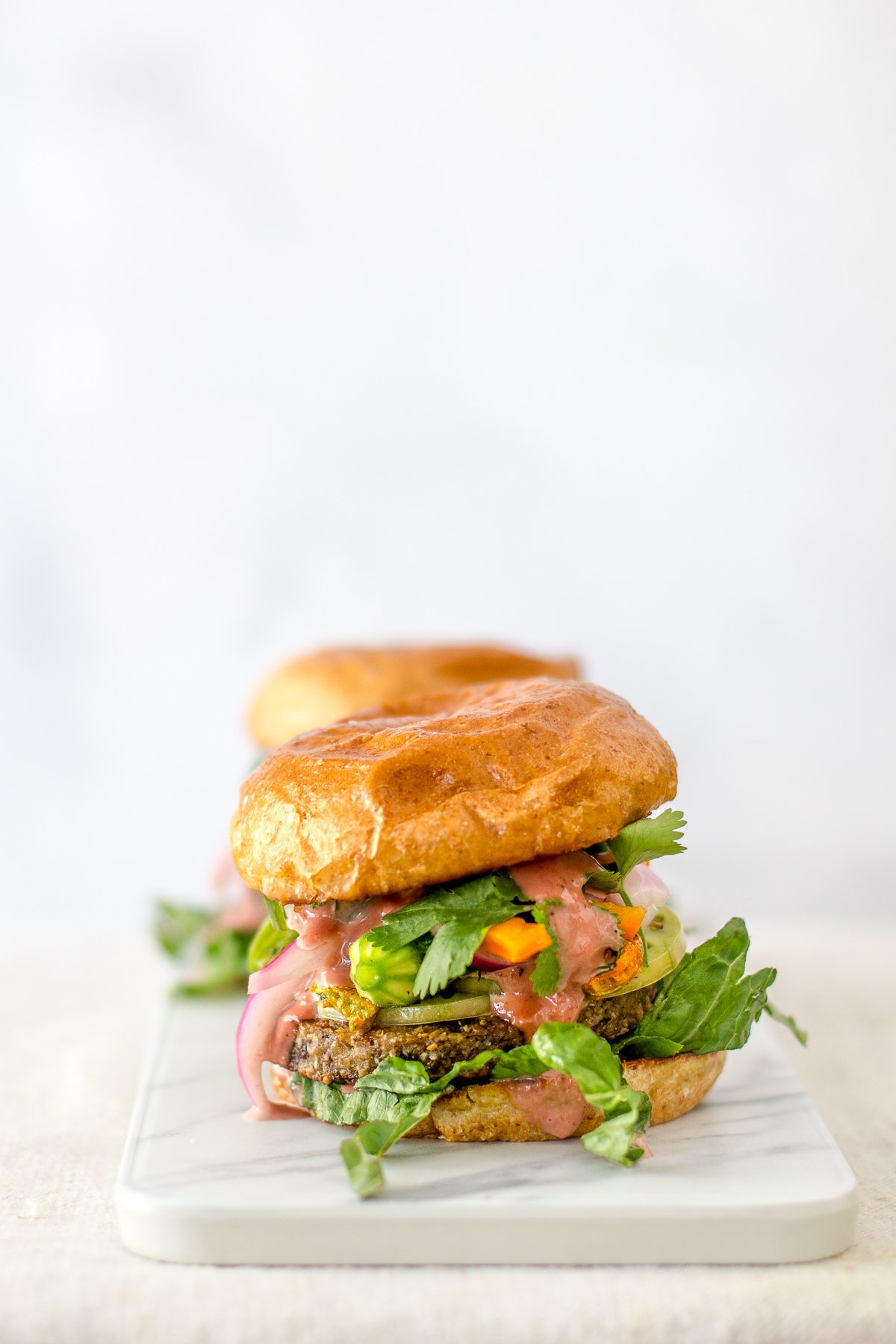 My husband got excited when I told him I made a longanisa burger and then he looked at the patty and said wait – that is a veggie patty.  But then he bit into it and said it tasted like a Bahn Mi.  *Dead*, but I will take it.  Anyway this burger is as awesome as it looks and does that thing where it dripps down to your elbow.  Have fun with it.

I would highly suggest you have this with Halo Halo for a nice drink / dessert combo.

This post is sponsored by Amy’s Kitchen, however all opinions, recipes and photography are my own.