This Ginataang Adlai (Jobs Tears) is based on the Bilo Bilo, but has no rice and no balls.  They are replaced with adlai and chia seeds with the natural sweetness through langka (jackfruit) and caramelized saba (bananas). 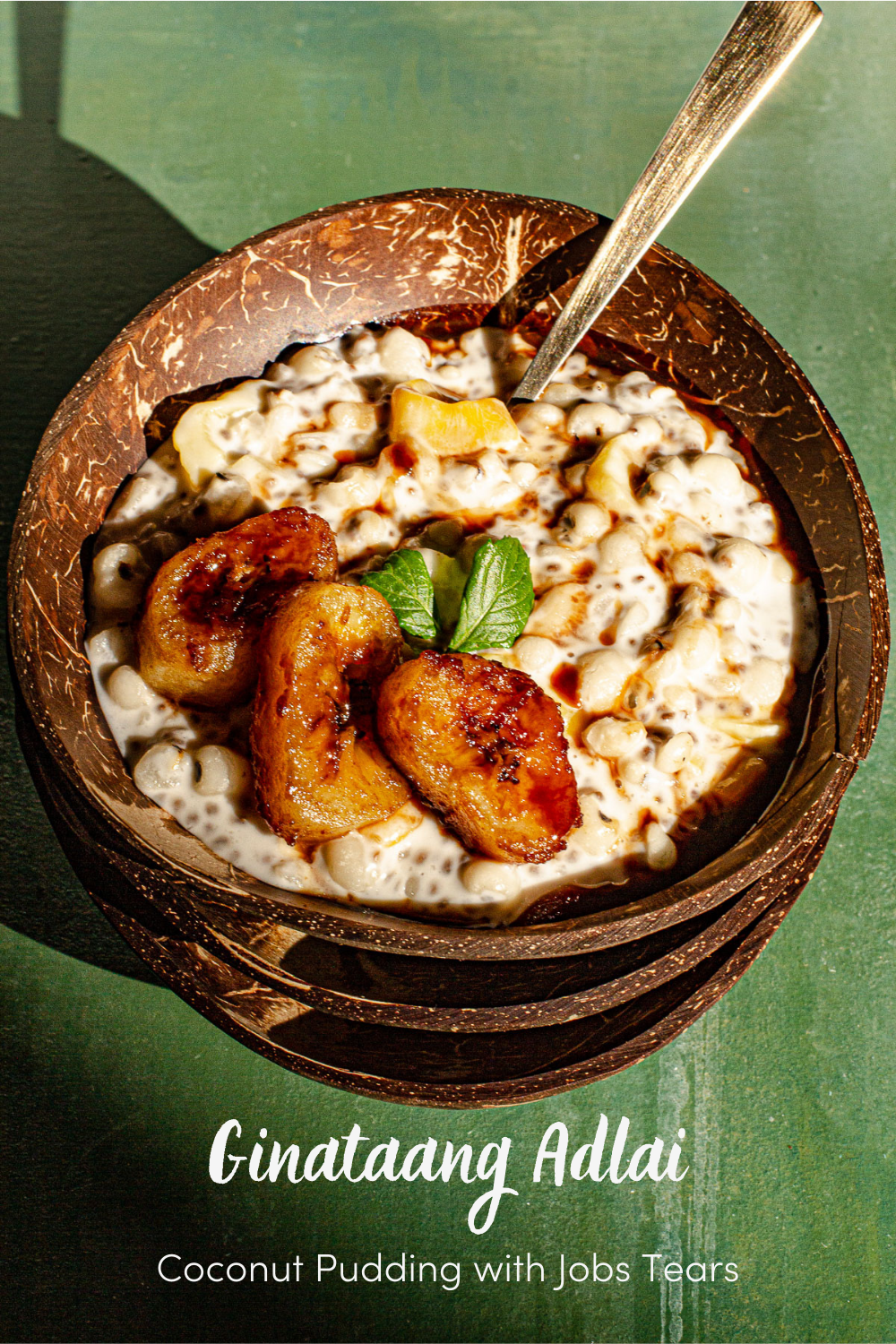 Why Ginataang Adlai??  Well for the past few weeks I have been obsessed by this new but old ancient grain called adlai.  Also known as Jobs Tears. It has actually been cultivated in the Philippines even way before the Spanish came, but was slowly phased out due to change in diets brought on by the Spanish and Americans. It’s full of fiber, good carbs and nutrients.

I discovered it through Cathie Caripo in the Philippines who has been advocating for more consumption of it instead of rice. It’s is better both for the body and the environment to eat and grow it.   Adlai is slowly making it’s way back.

Currently it’s grown in the Bukidnon Region of Mindanao in the Philippines.  If you are there the best place to get it is from Hineleban.

You can watch this video from Erwan Heussaff to find out more about this amazing ancient grain.

I have been eating it myself as a replacement to rice.  Adlai is so filling that you don’t need to eat much of it to feel satisfied.  I had it in Arroz Caldo and just recently I made it in to a sweet coconut pudding.  Perfect as a small snack or even as an end of dinner dessert.

My recipe for Ginataang Adlai also has chia seeds (to kind of mimic the tiny tapioca balls in a traditional sweet ginataang).  I did keep the langka (jackfruit) and saba for some natural sweetness. 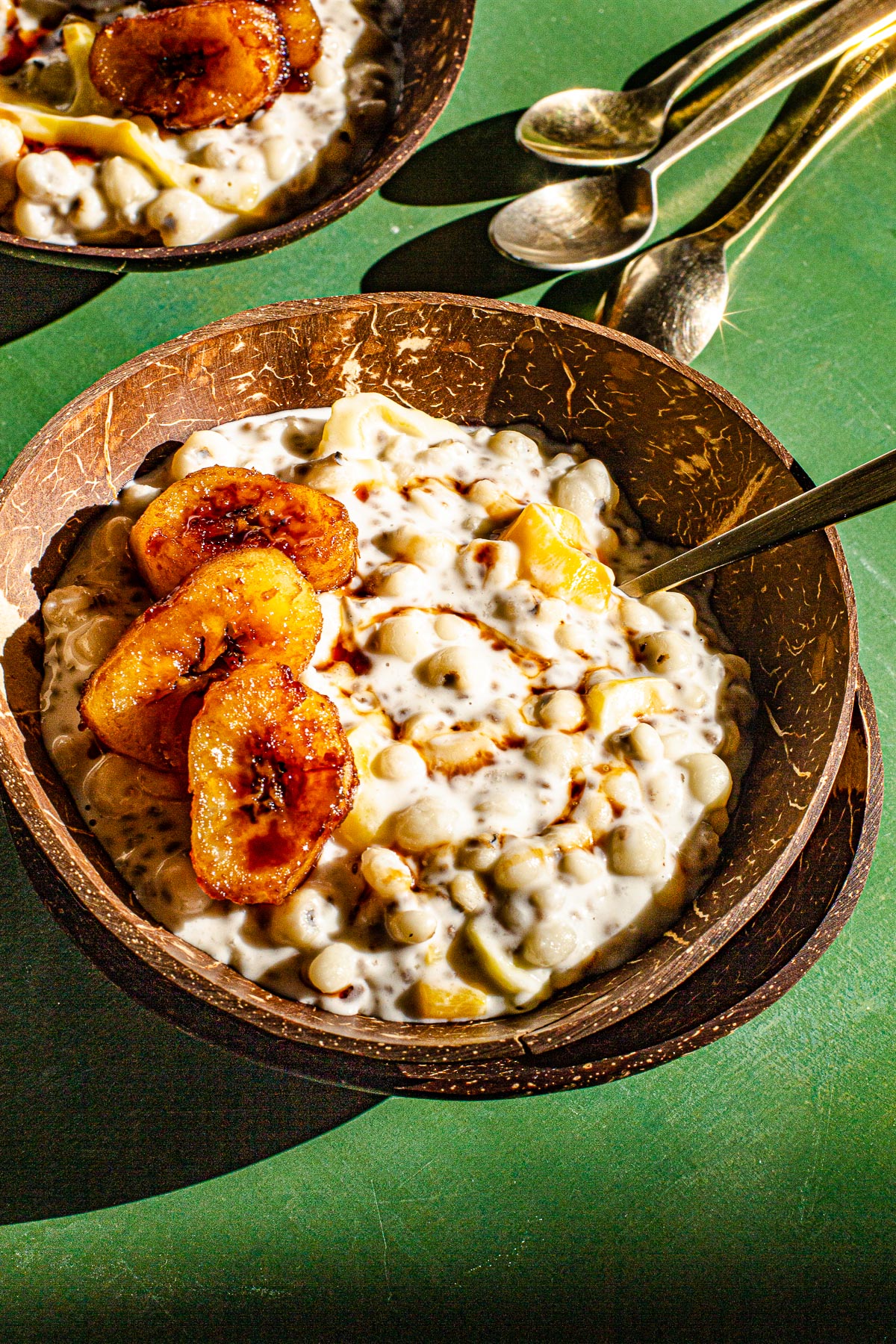 What Ingredients Do You Need to Make Ginataang Adlai?

Adlai – I used a cup and a half of already cooked adlai.  It’s great to have a cooked bowl of it in the refrigerator as you can add it to salads for additional fiber.  To cook wash 1 cup of dry adlai until the water is clear and then put in a rice cooker with 2 cups of water.  Put on the brown rice setting and cook.  In this recipe we will be using already cooked adlai to speed up the process.

Coconut Milk – The key of the dish.  Ginataang actually means to cook with coconut cream or milk.  The term can be used for both sweet and savory dishes.

Chia Seeds – Like I said earlier it’s used to mimic the mouth feel of a burst of tiny tapioca balls that are found in the traditional sweet dessert/snack.

Langka (Jackfruit) –  For this recipe we will be using ripe jackfruit since we will not be adding any additional sugars to it.

Saba (Banana) – This time instead of the saba being stewed into the soup, it’s fried with some date syrup and vegan butter.

Vegan Butter – Oh vegan butter, it makes the bananas so much better and a little bit crispy if you eat it right away.

How Do I Make it?

Ginataang Adlai is so easy and fast to make.  Start with putting the pre-cooked adlai and chia seeds in a saucepan with a can of coconut milk.  Bring up to a low simmer (about 5 minutes) and then add in slices of langka (jackfruit).  That’s it really. 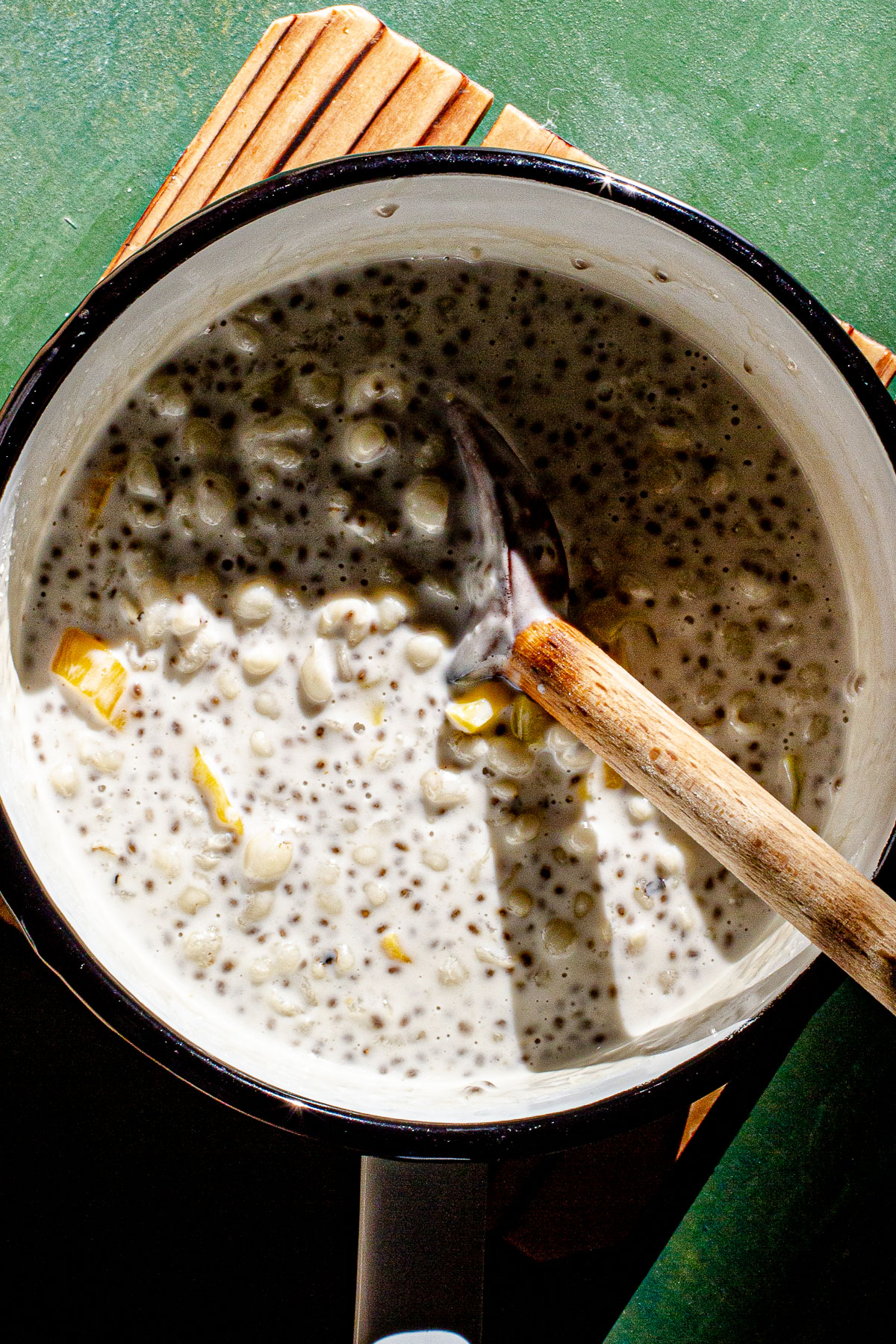 To make the caramelized saba cut it into disks and then heat up a skillet to medium/low heat.  Add in the butter to melt and then add in the saba disks.  Drizzle in the date syrup and turn over the saba a few times to coat.  It’s done when it’s nice and brown and a little crispy on the edges.

If you can’t find or have access to Saba (sometimes Trader Joe’s has them) you can use regular bananas, but on the green side. 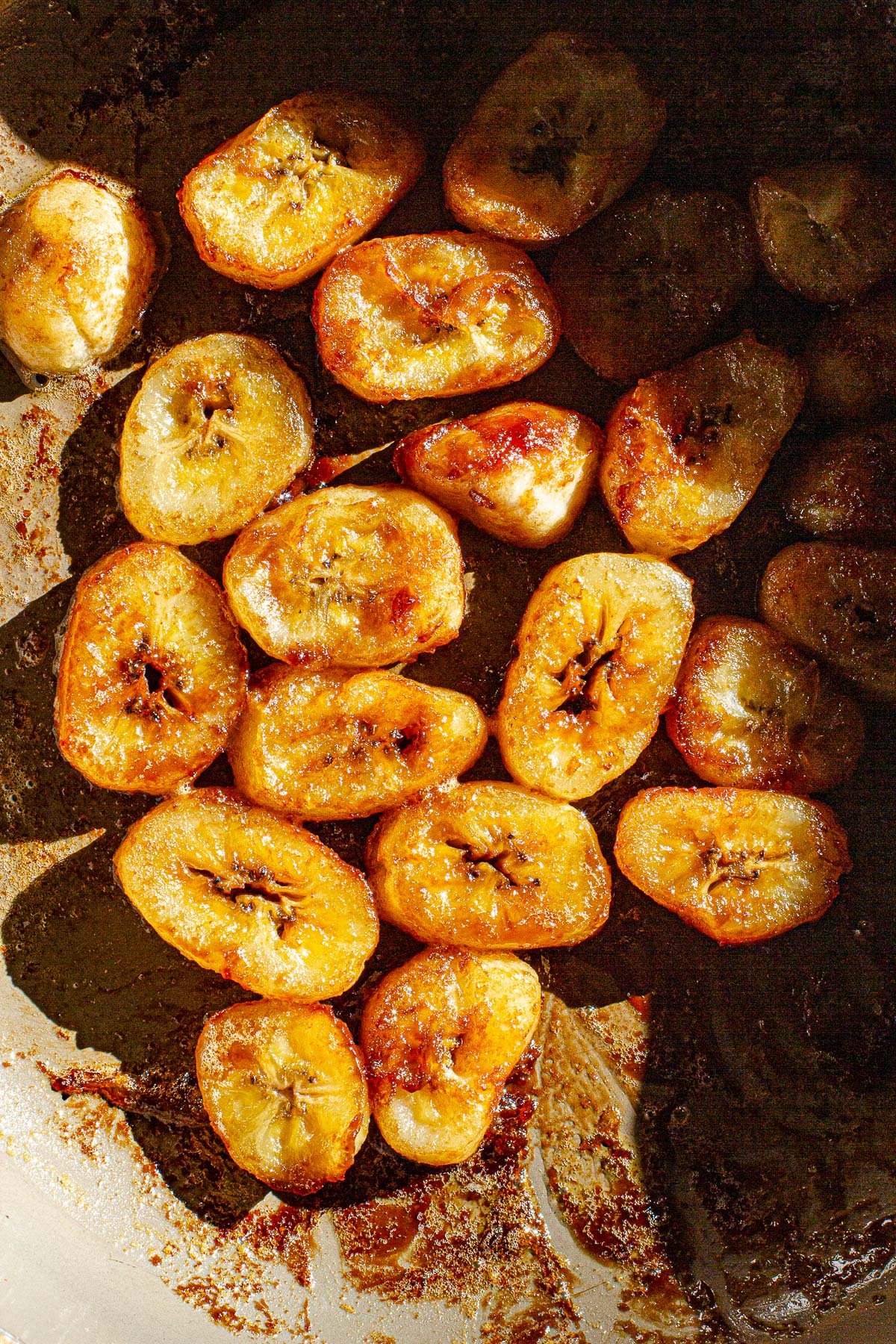 How to Serve The Ginataang Adlai

I repeat you do not need much to feel full when eating adlai.  This small portion of pudding you made can be stretched to 4 portions. To serve divide the Ginataang Adlai into 4 small bowls and top with a few slices of saba.  Garnish with mint leaves. 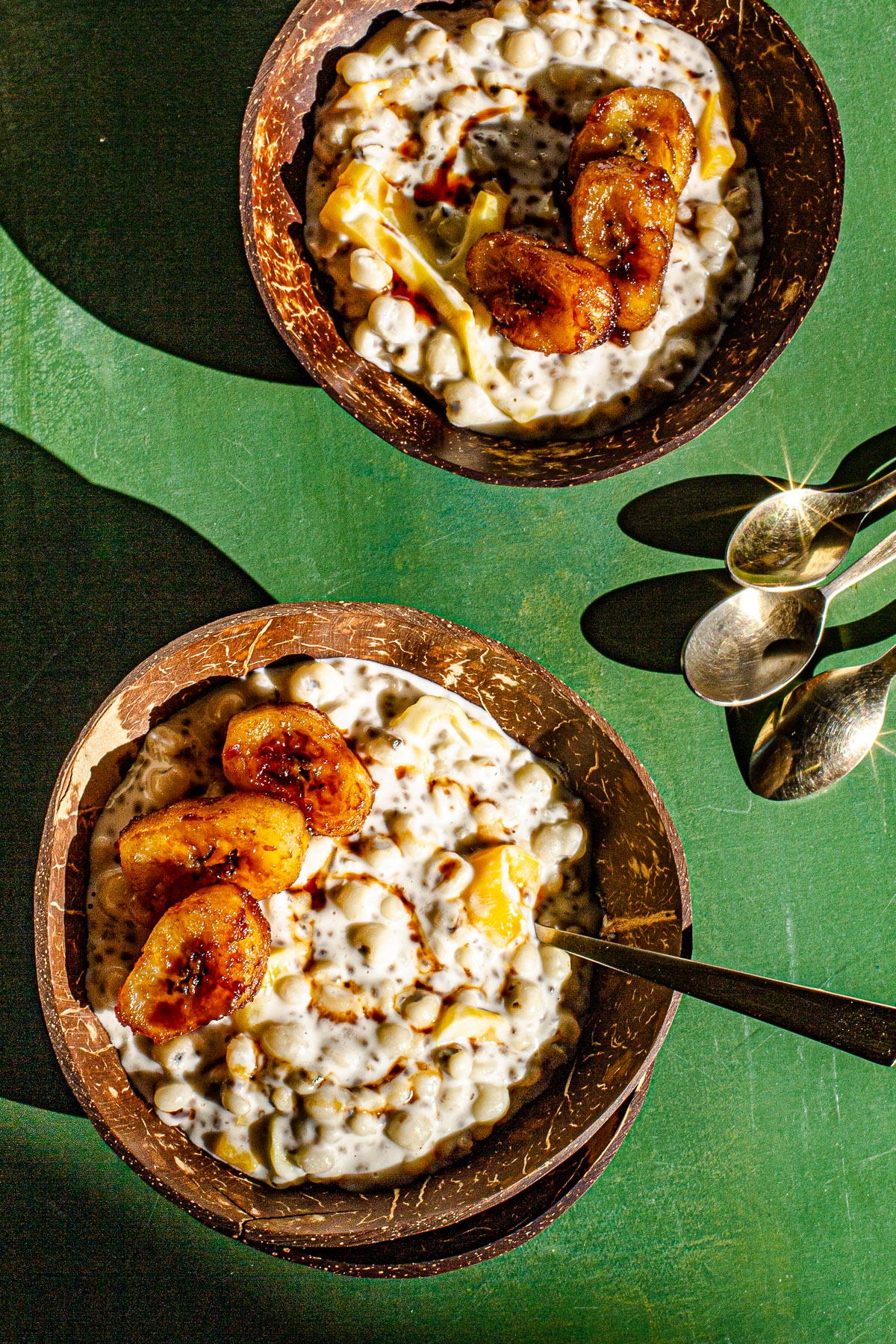 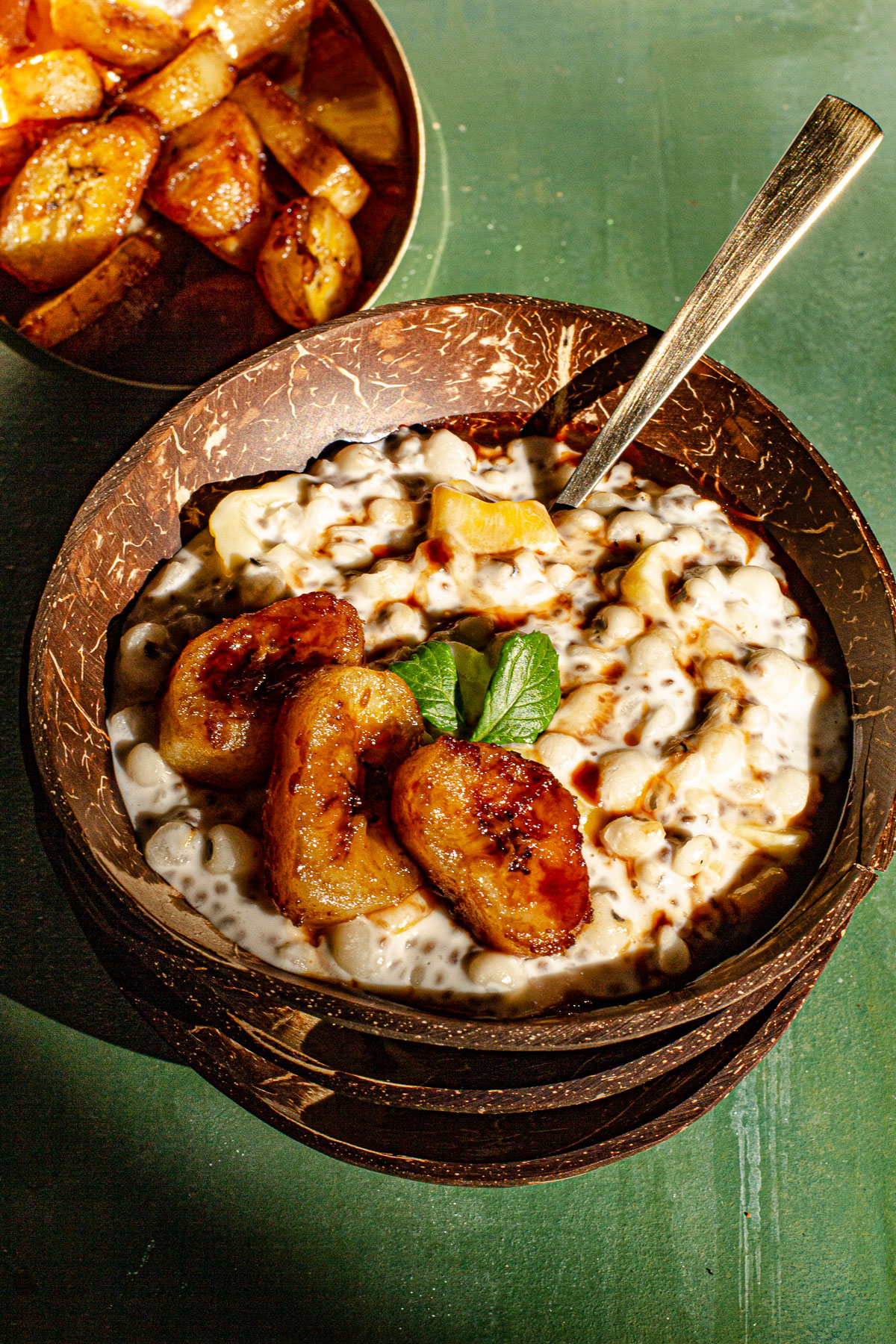 Other Ginataang Recipes For You To Make 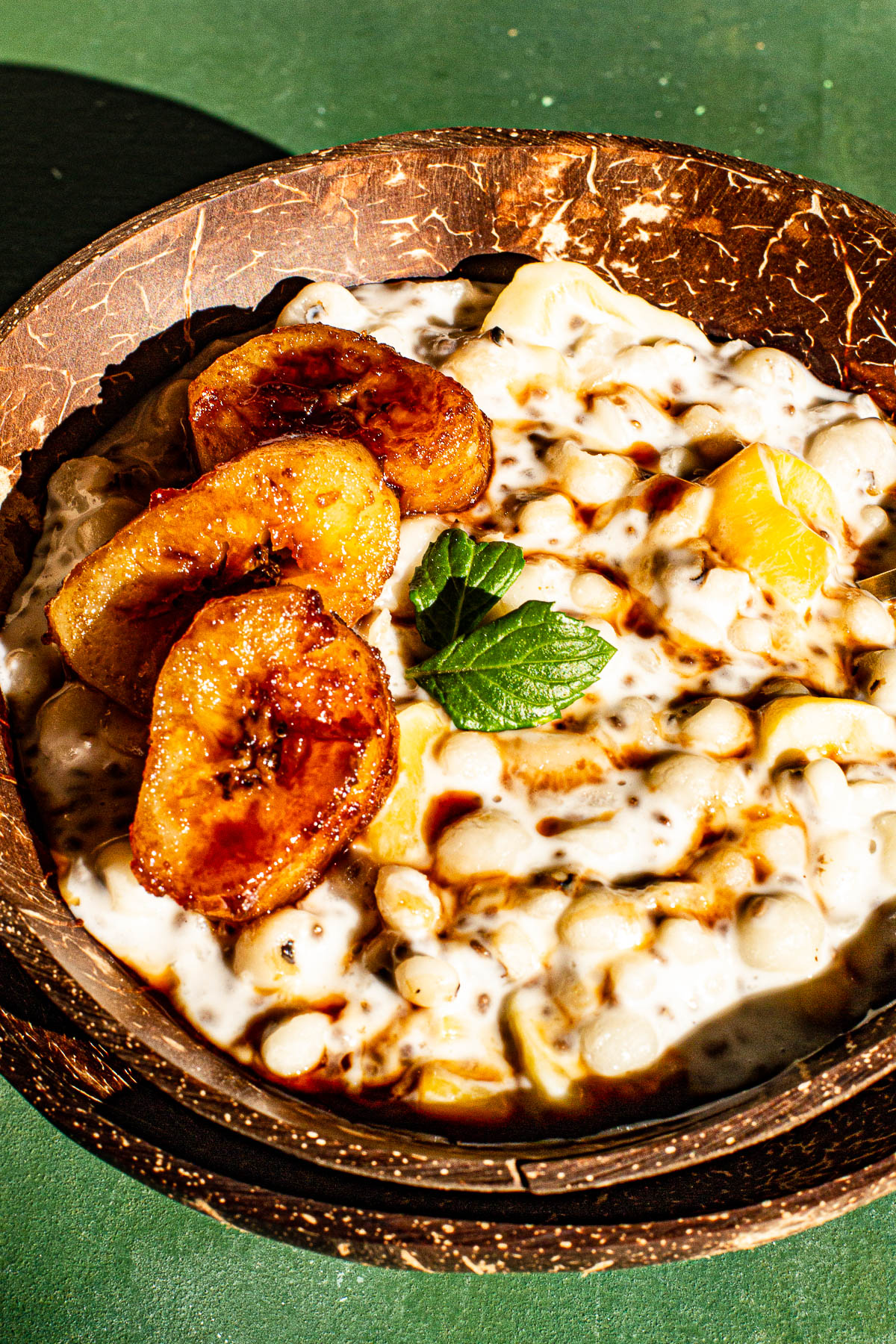 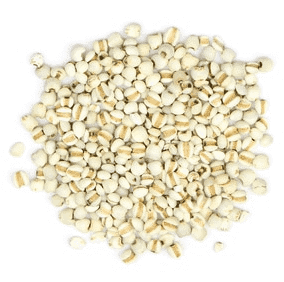 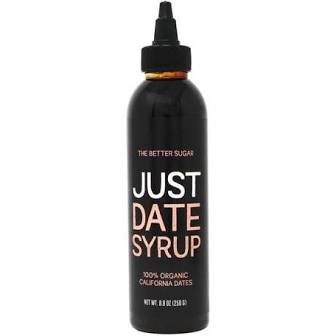 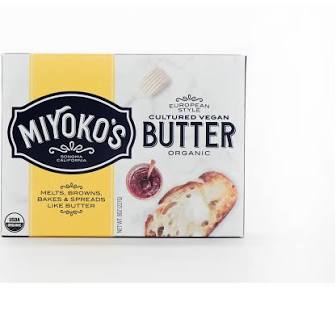