These Raw Vegan Billionaire Bars are made with a vegan caramel sauce with a chocolate protein cookie base and then finished with some chocolate sprinkles and salt.  It’s decadent, yet deceivingly good for you. 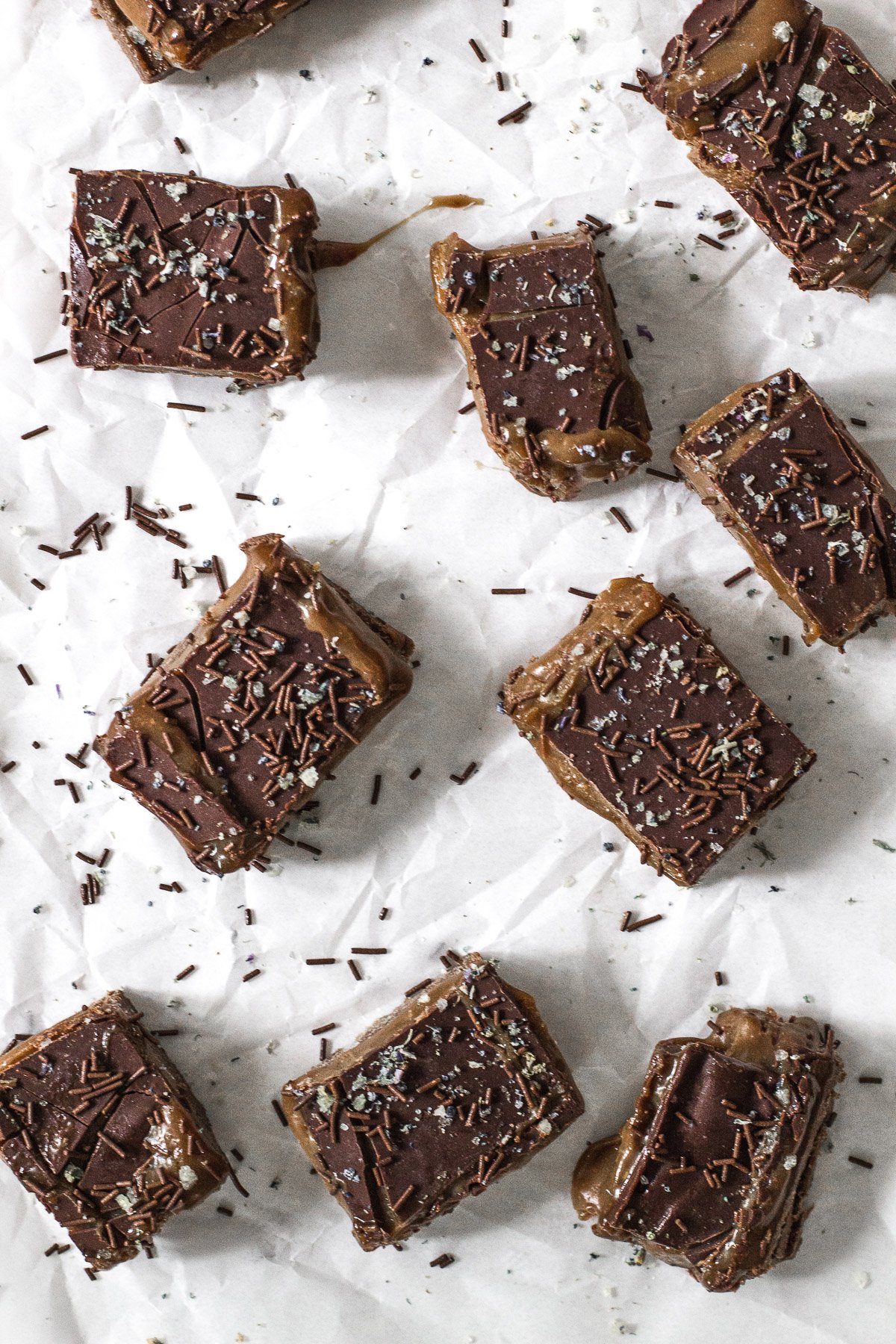 These Raw Vegan Billionare Bars are inspired by two things.

So tell me has anyone read the book?  I will offer no spoilers.  I love love love it because it’s based in Singapore and I love any book that describes places I’ve lived at in detail.  It’s so good they turned it into a movie and I can’t wait to go and see it. 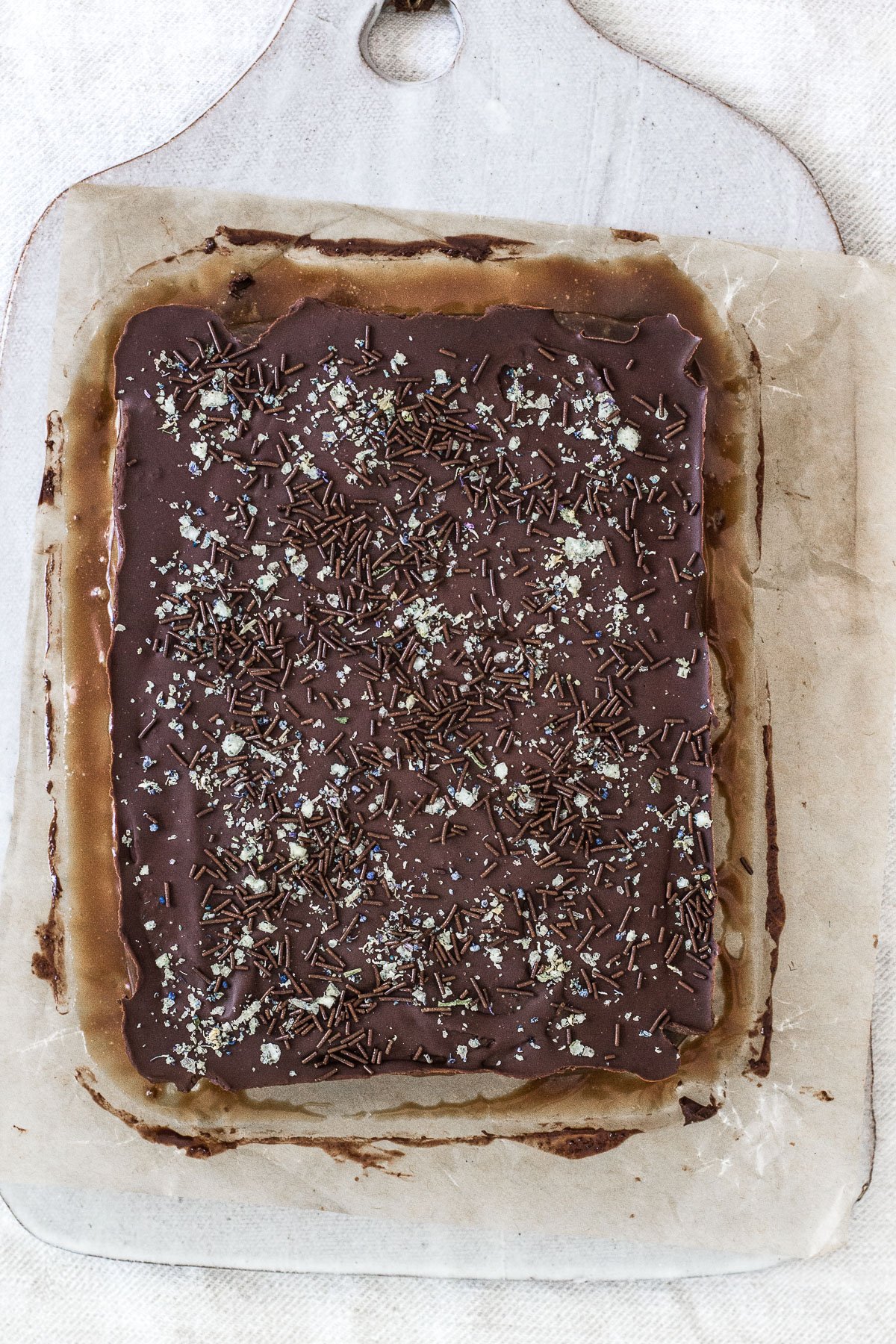 As the book implies it’s about rich Asians, and not any kind, the crazy rich Billionaire kind.  Hence the name of this recipe.  This snack has a cookie base topped with caramel and then covered in chocolate.  It’s the classic Millionaires short bread (or twix, hehe).  So inspired by the book I just added a few more zeros. 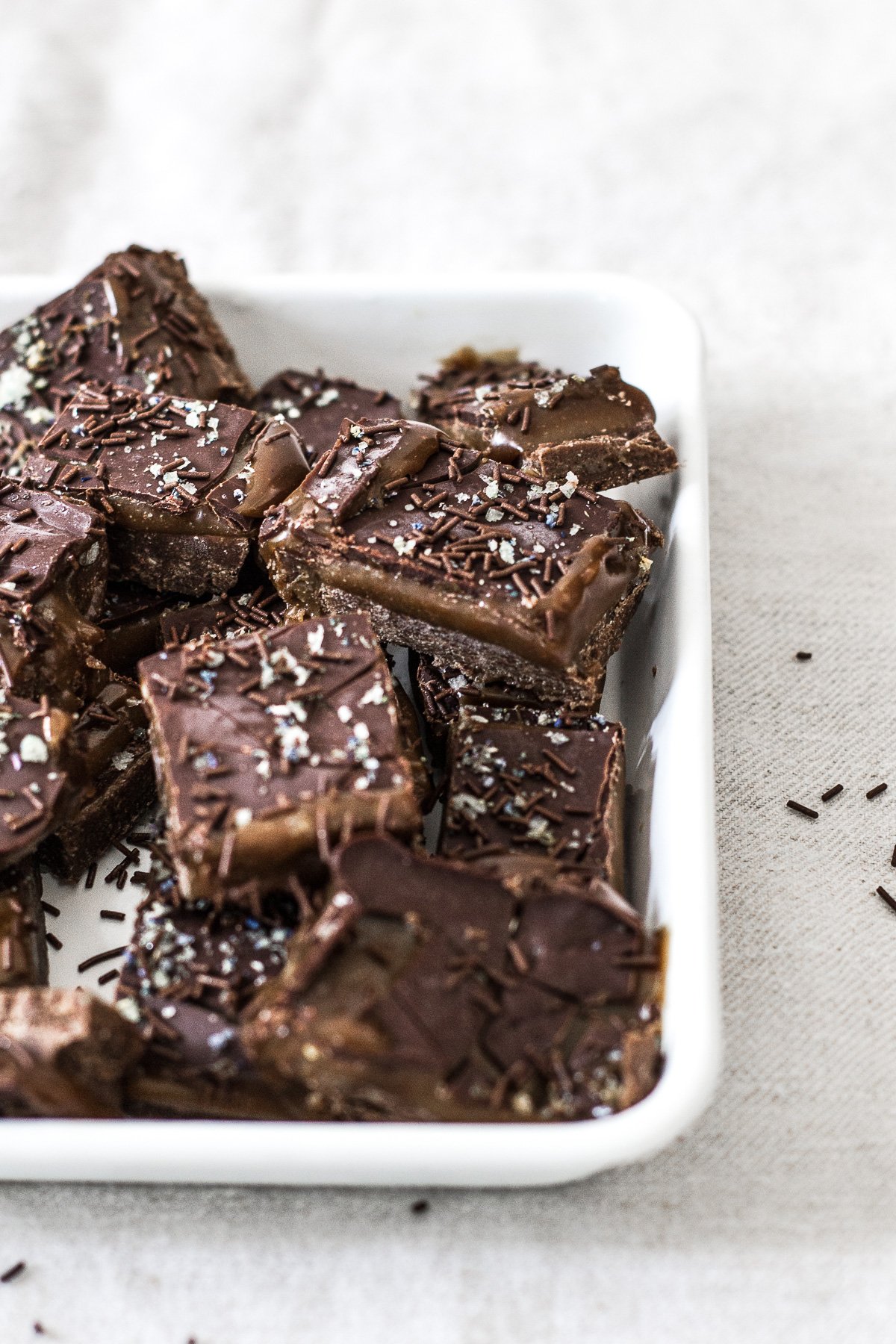 You can find the recipe here.  It’s super simple and there is no cooking required and super good for you too.  It’s made with date syrup and cashew butter and some salt.  That’s it. 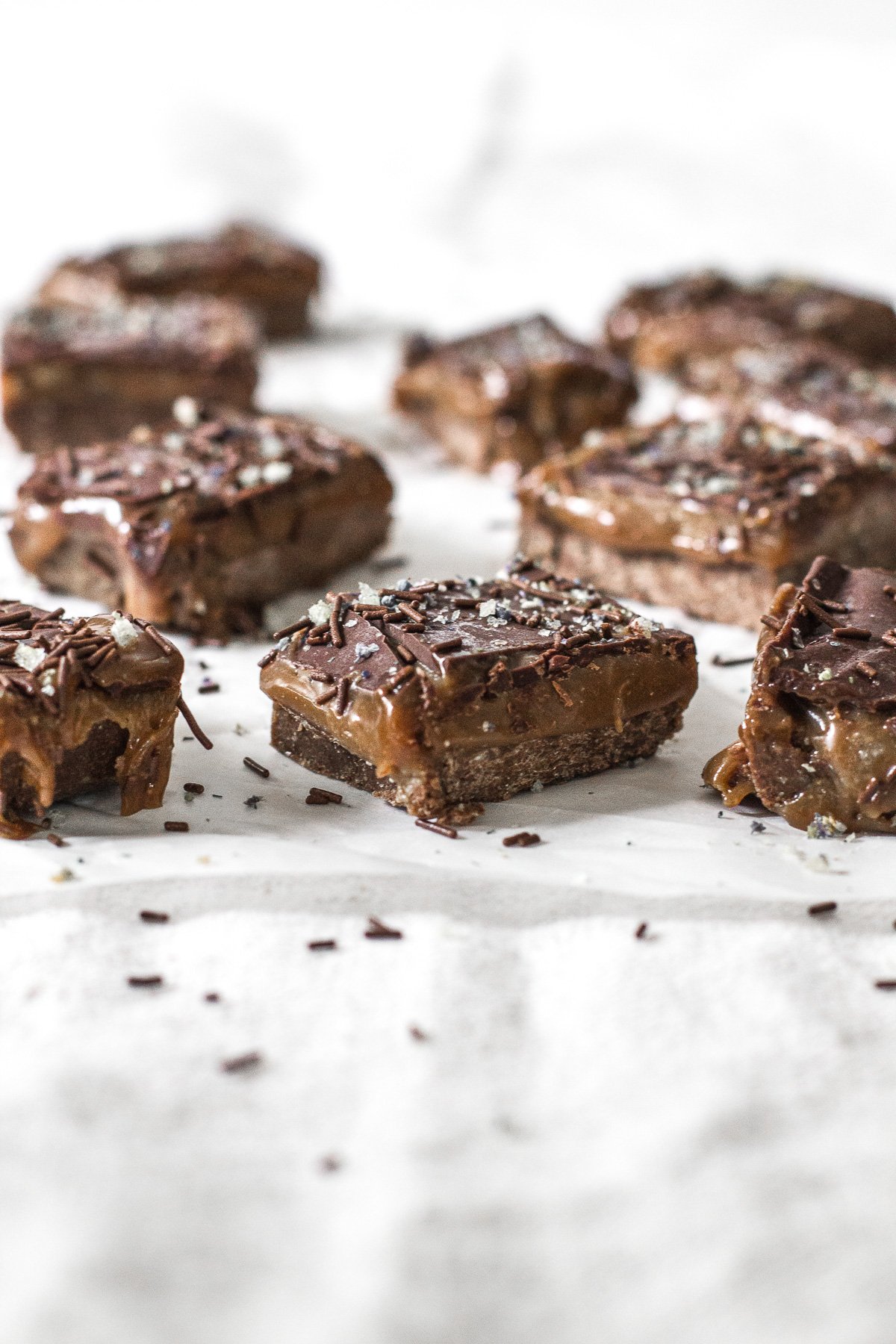 To make the Raw Chocolate Protein Shortbread all you need is some almond flour, chocolate protein powder, flax meal, hemp seeds, some dates and almond milk.  Just process it all in a food processor until it starts forming a ball.  Then press it into a small rectangular dish.  The one I used was 6×4 inches. 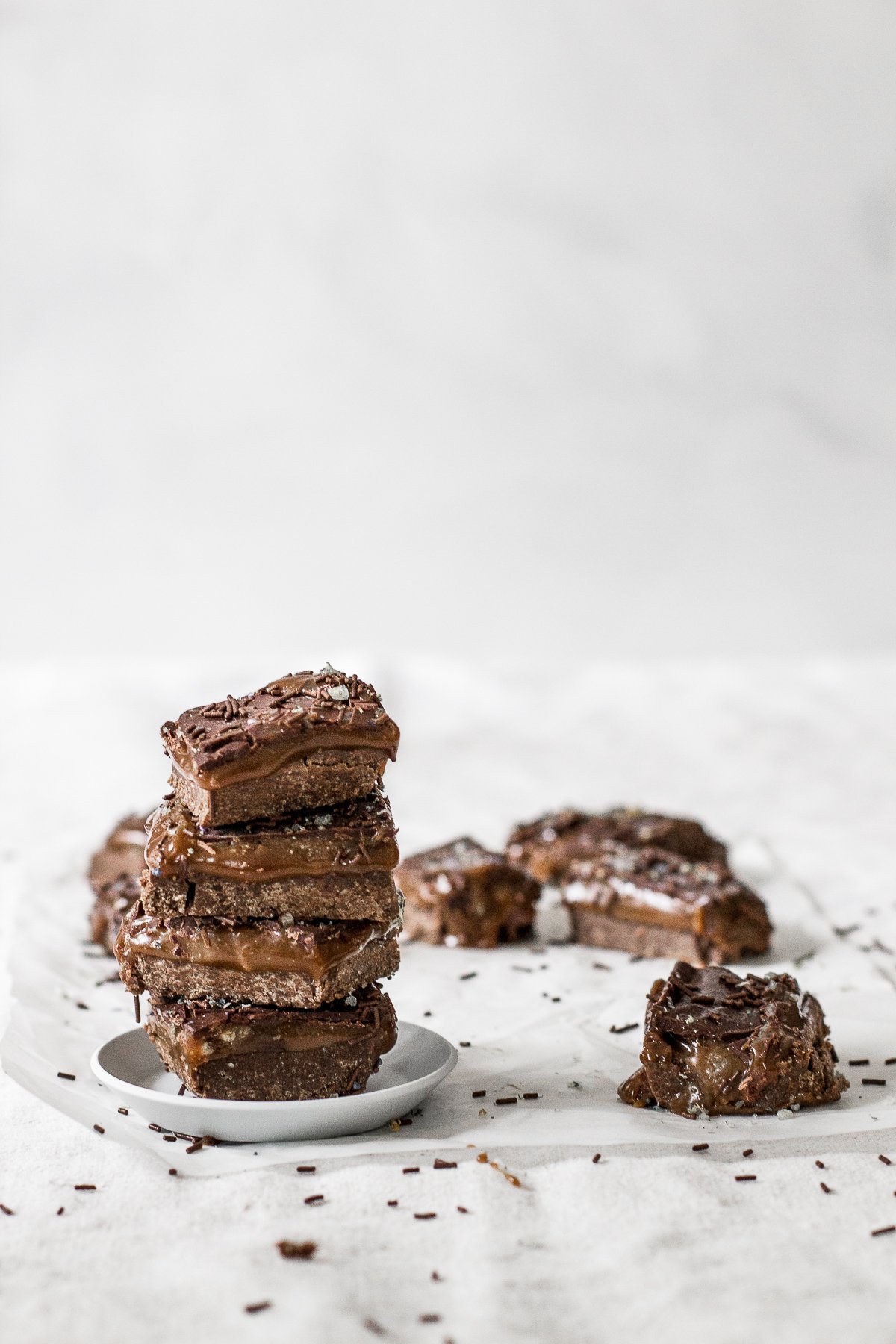 To serve, I would recommend putting it in the freezer for at least an hour for the caramel to harden.  Then cut into squares with a hot knife.  It’s a very messy snack / dessert and tastes oh so sinful, but it really isn’t.  Looks are very deceiving here and just like the book it’s what is on the inside the counts….

For other chocolate snacks you can also make these Samoa Cups or Chocolate Protein Pops. 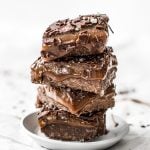 These Raw Vegan Billionaire Bars are made with a vegan caramel sauce with a chocolate protein cookie base and then finished with some chocolate sprinkles and salt. It’s decadent, yet good for your too.