This is the perfect pick me up during the summer.  The coffee cold brewed in some coconut water and then poured over some vegan minty ice cream.  Minty Cold Brew Affogato … it’s so fresh. 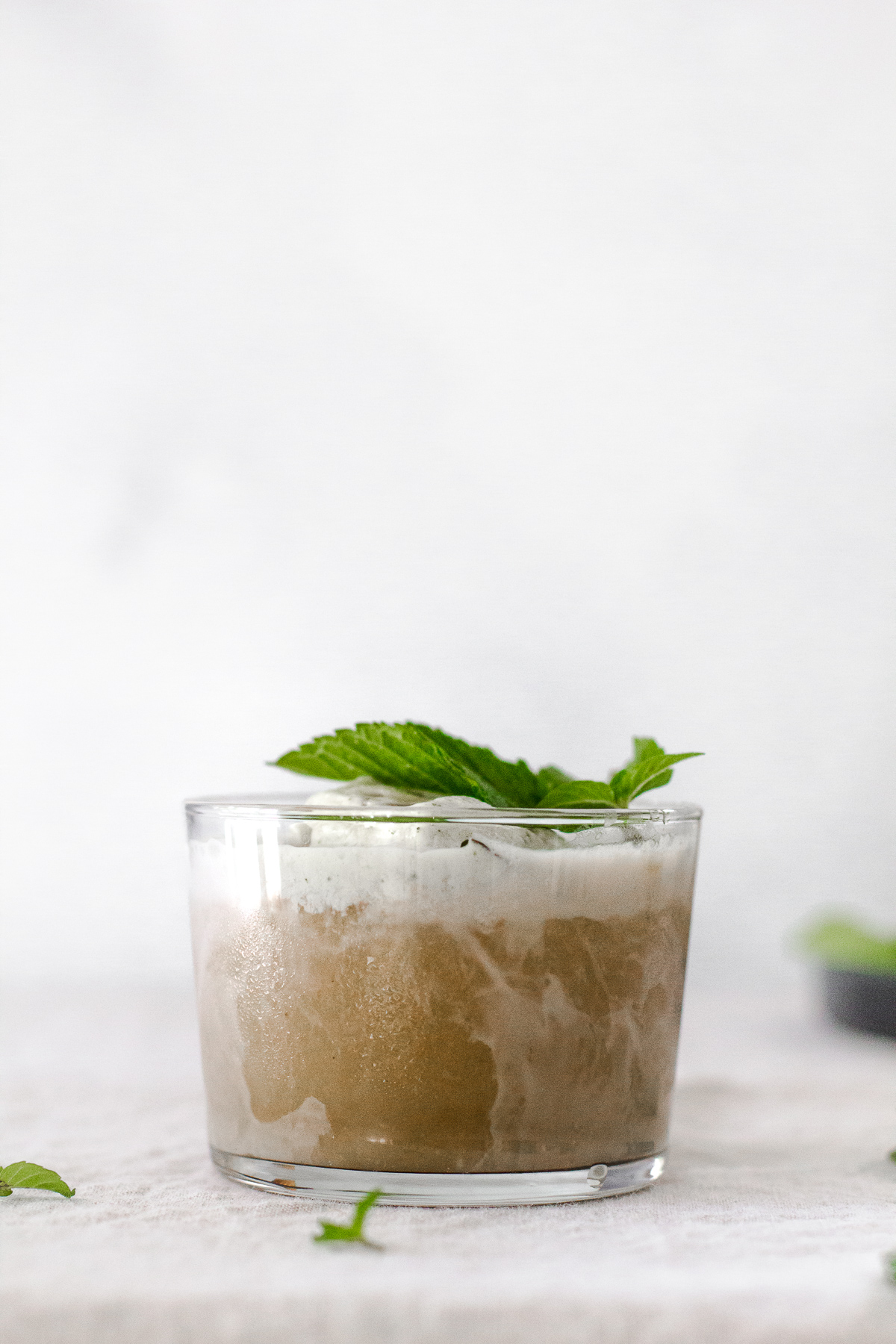 About a year ago I shared this cold brew recipe, where some coffee grounds are steeped in coconut water in the refrigerator.  The coconut water helps cut the acidity of the coffee and makes it nice and smooth and mellow. 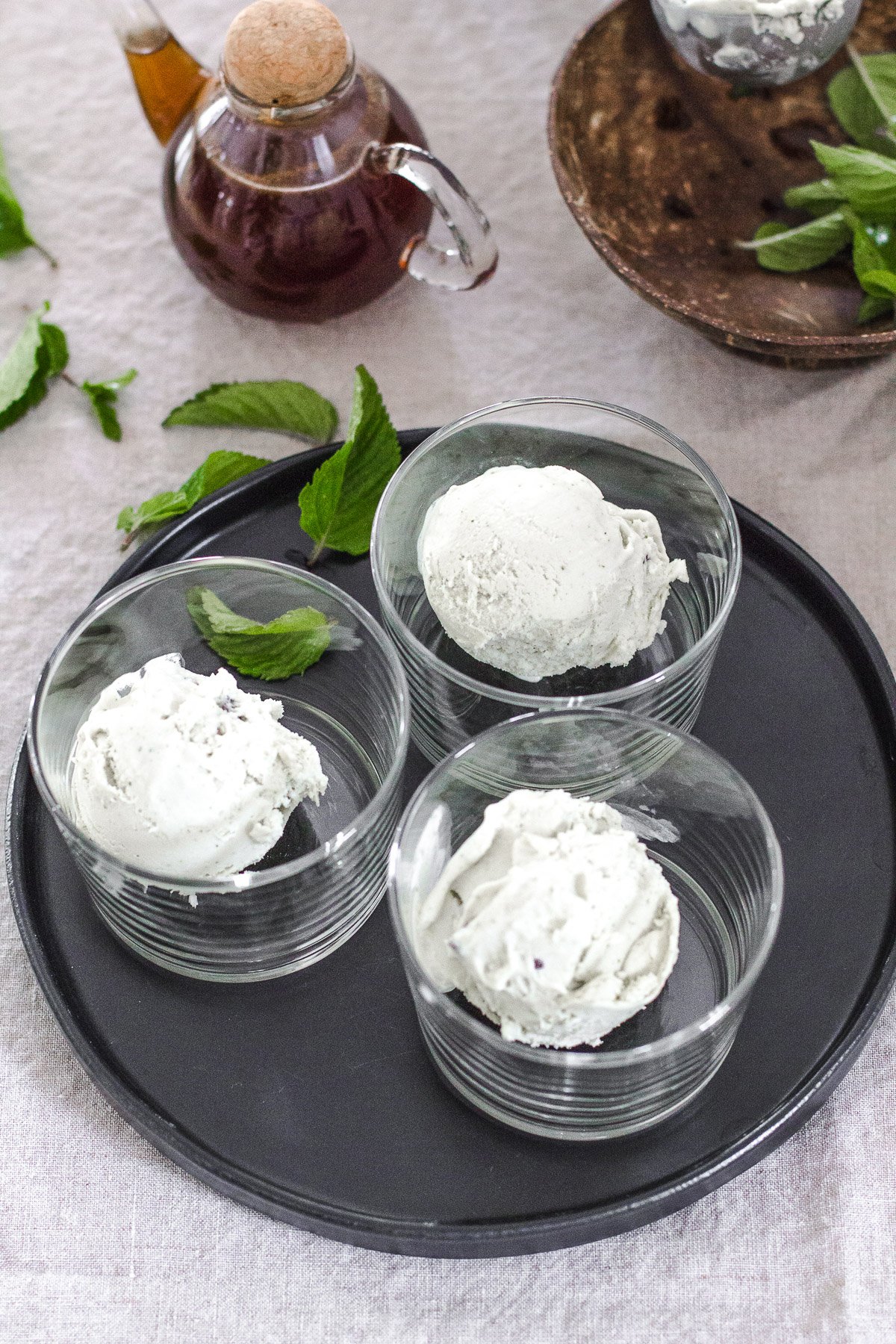 Well… to take this drink over the top we thought why not pour it over some ice cream?  I happen to have some vegan mint ice cream in the freezer that has been sitting there for a few weeks.  Perfect scenario right??  I love Green Girl Bakeshop’s vegan ice cream.  It’s so minty with a hint of coconut.  It’s the perfect paring with the cold brew coffee! 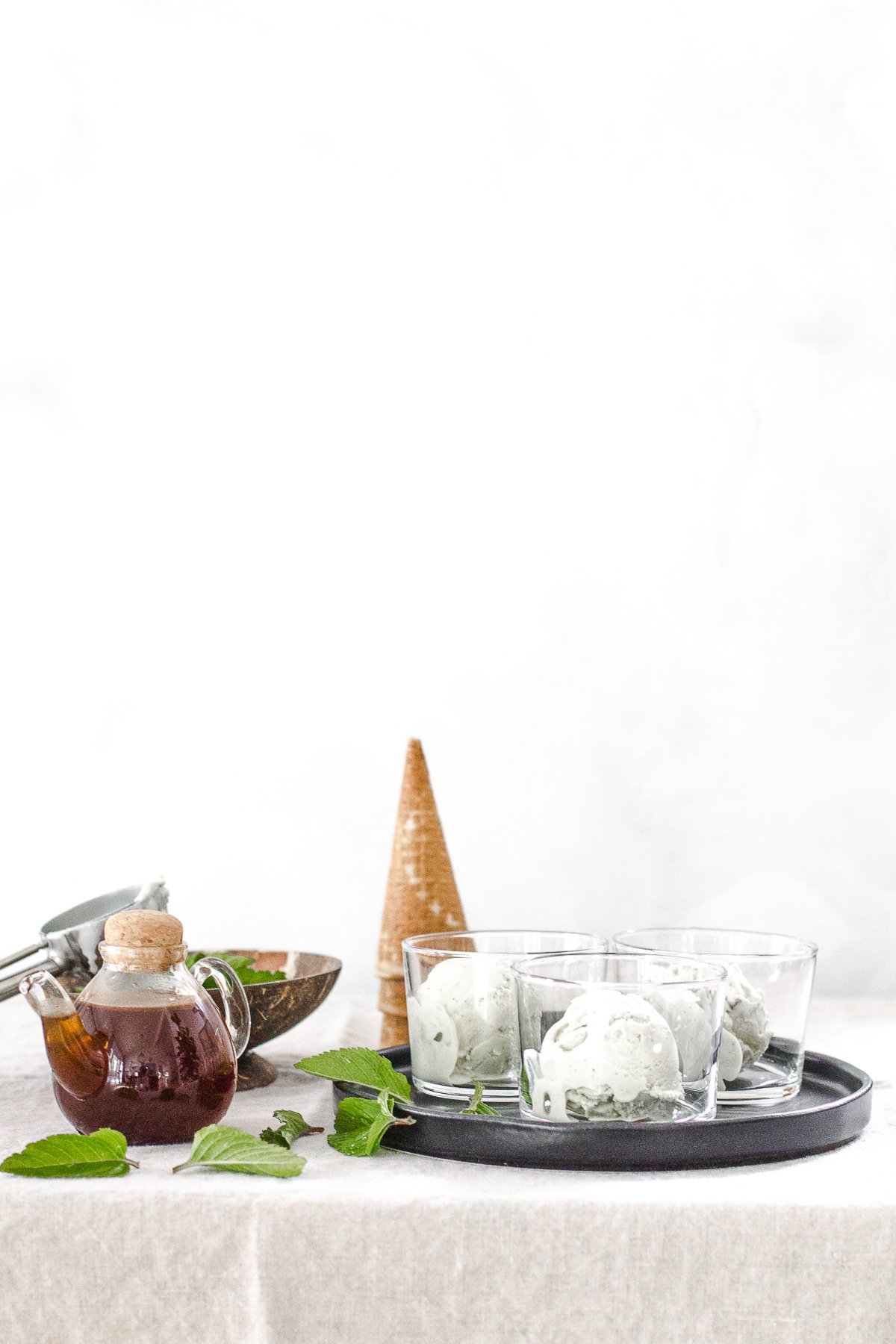 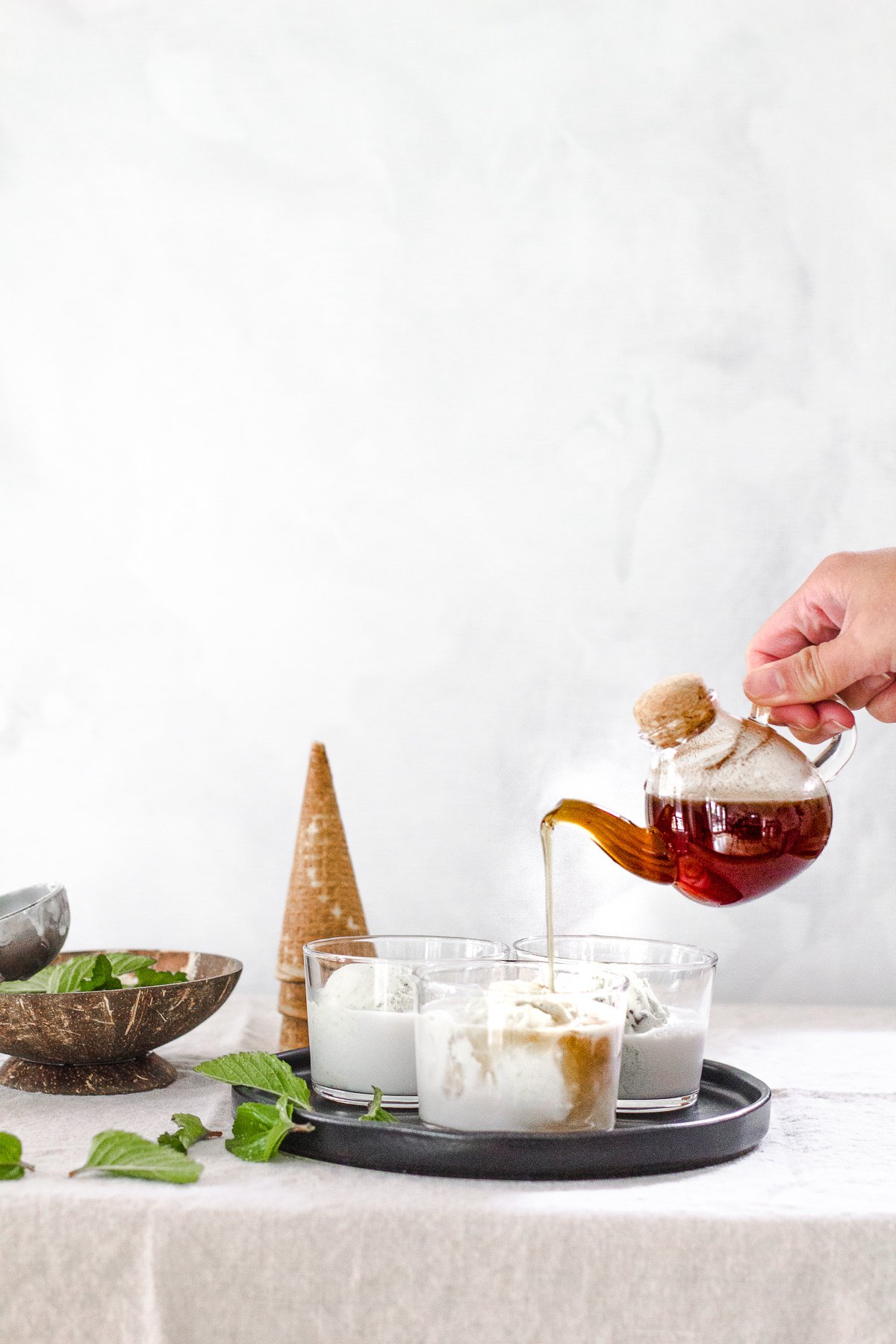 How to Make an Affogato

Now an affogato is the easiest thing to make after you follow the steps on how to make the cold brew coffee.  All you need to do is place a scoop (or two) of ice cream in a glass and pour over some coffee.  I like to add a bit more coconut milk to it as I just like a slight hint of coffee, but you go by what your like. 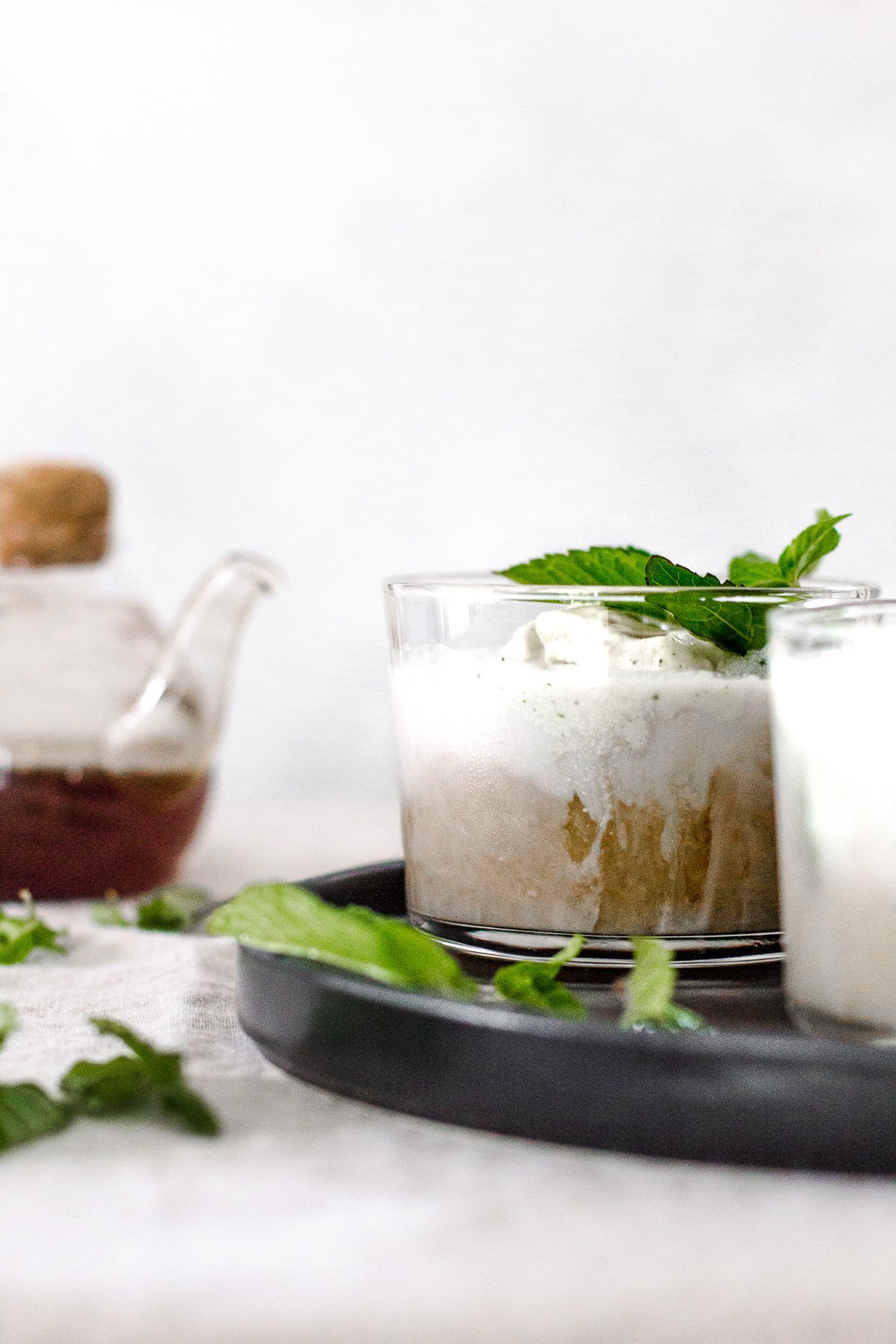 For a little some extra we like to stick a sugar cone in the ice cream and have it seep into the cone.  It absorbs the coffee and the ice cream and creates the most amazing flavor profile.  You can also make it boozy by adding some coconut flavored rum.  Now that I suggest that I need to go and do it as a night cap.

I mean have it anyway you want.  You won’t regret it. 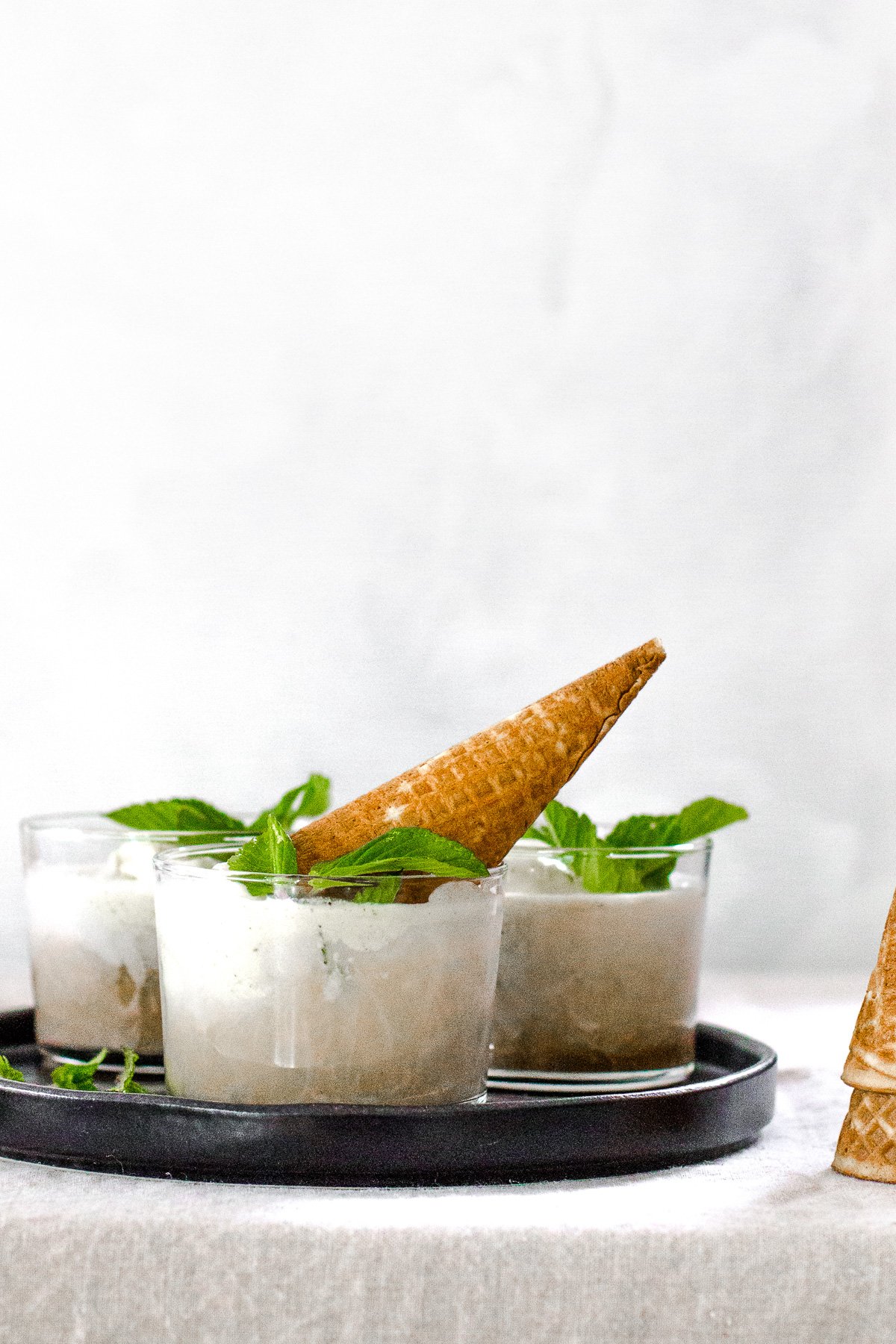 For other summer inspired drinks you can try my Pineapple Kalamansi Margarita or my Rose Strawberry Lemonade Spritzer. 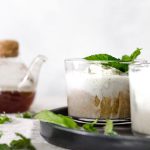