This Roasted Eggplant Pita Sandwich was inspired by a #netflixandchill Friday night.  We were watching Somebody Feed Phil.  Has anyone seen his show?  He is the total opposite of Anthony Bourdain.  Watching Phil is like being on vacation with your Dad.  So awkward yet, so heartwarming.

Anyway Phil went to Tel Aviv and basically ate everything I want to eat every day.  I’ve always had this affinity for Middle Eastern flavors and would sometimes crave it.  Then a few years ago my husband and I did one of those genetic testing kits to find out our ancestry.  He is 100% Japanese.  Super boring I know. BUT I found out that apart from being 98% Asian, I am 0.2% Middle Eastern.  Wow right.  When I saw that, it clicked – that’s why I have such a love for rosewater and cardamom.

Here is a screen shot of my ancestor timeline.  One of my ancestors way back in the 1700’s is somewhere from the Middle East.   I would love to know from where exactly, but that requires lots of library research.

Back to the sandwich!  The beginning of the episode they had breakfast at this stall that served pita bread stuffed with grilled eggplant and slices of boiled egg with cucumbers and red cabbage with a slathering of tahini sauce.  Through out the whole episode all I did was talk about the sandwich and annoyed my husband about finding a place in the Bay Area that serves it. 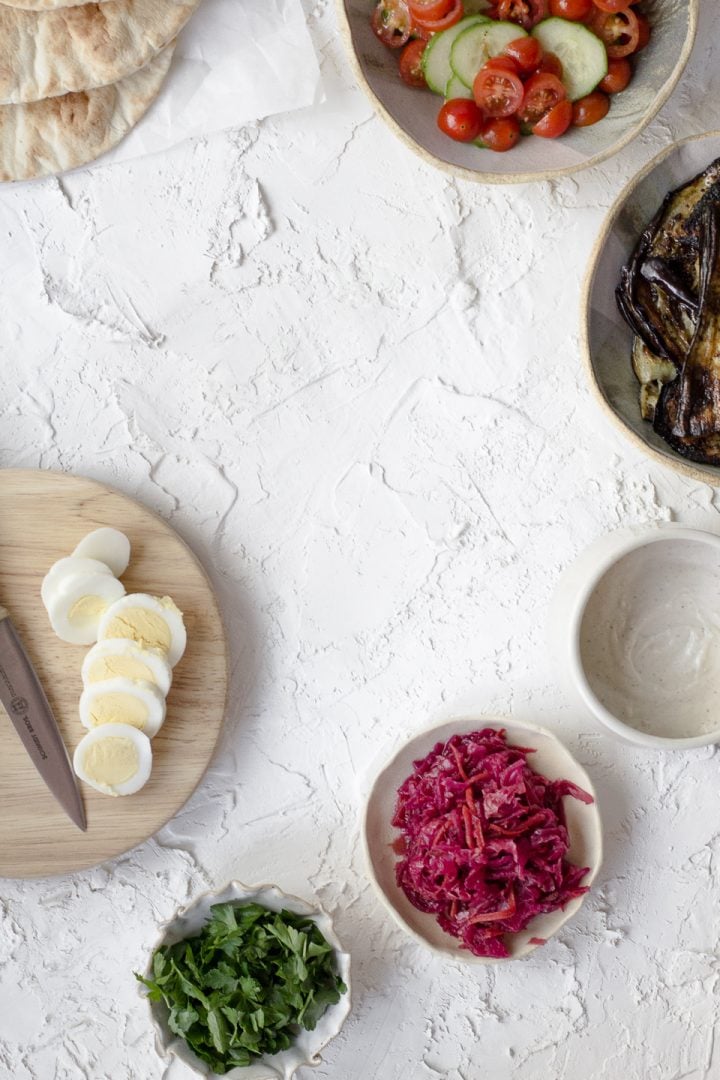 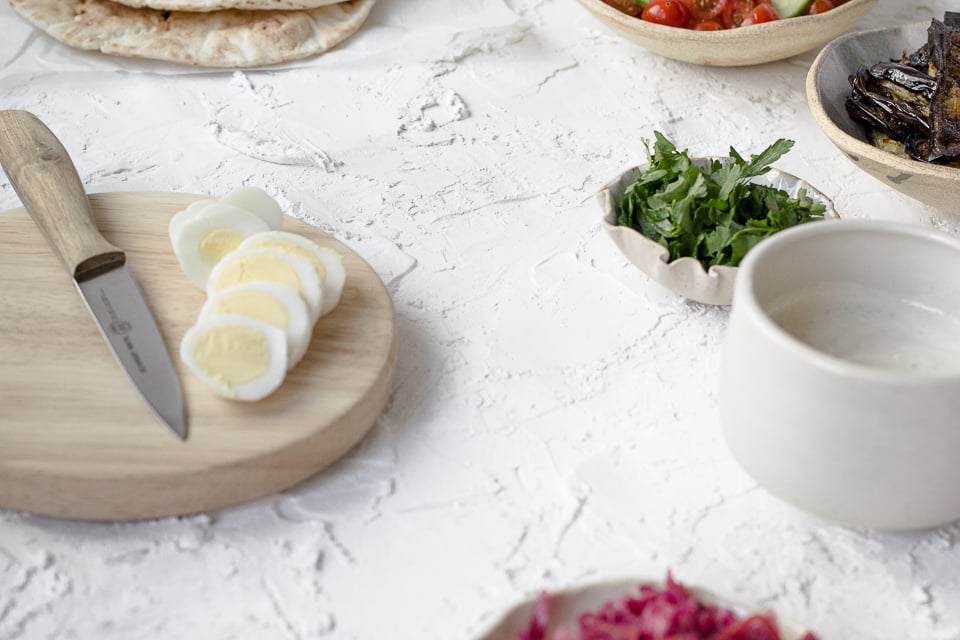 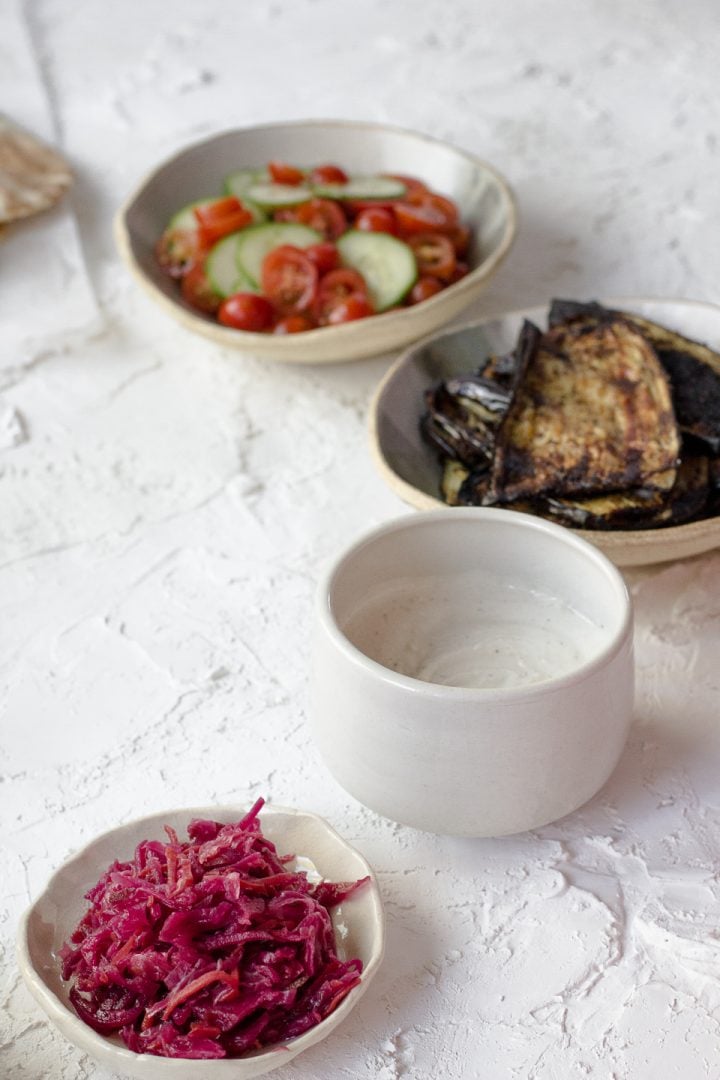 He didn’t find one, but when I was doing some research apparently this sandwich has been known.  All the magazines had a recipe and even Bobby Flay had one!  I really felt like I missed something.  How did I not know about this sandwich????  Saveur magazine wrote a great article on it back in 2011 which you can read here.

The ingredients are so simple, so I just went about and created something I thought would be close to similar. 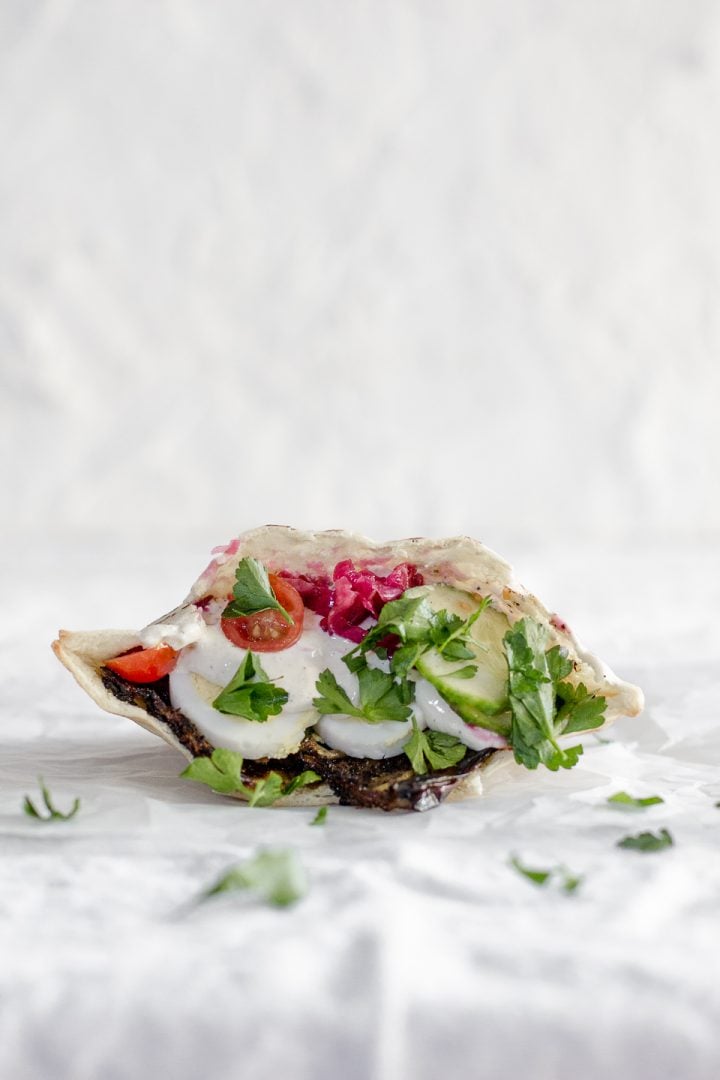 I have to say when I took that first bite, my eyes rolled up to the back of my head.  It’s so freaking good.  So tell me have any of you seen this sandwich around the US?? 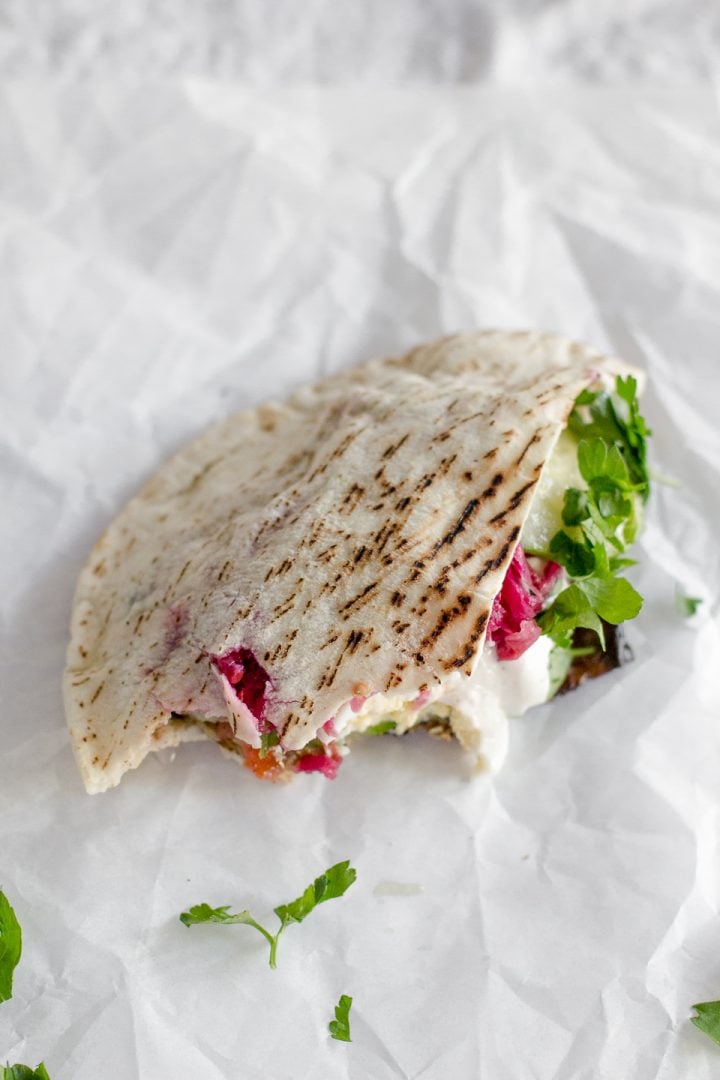 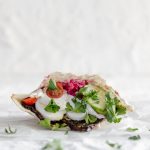