I promised that I would make more Filipino recipes here and here is another one.  It’s called Matcha Palitaw and it’s pretty freaking easy.  A little background before we start, Palitaw is a Filipino snack that is made with rice flour and water.  Yup that it’s.

It’s called Palitaw as when you cook it, it’s boiled in water and when it’s done the dumpling pops up to the top.  Litaw in tagalog translates to show up or appear in English.  What a cool way to name a dumpling huh?

You know I like to do a little Japanese twist to these recipes so I added some Aiya Cooking Grade Matcha.  It gives the dumpling a very earthy flowery flavor and the most beautiful color. 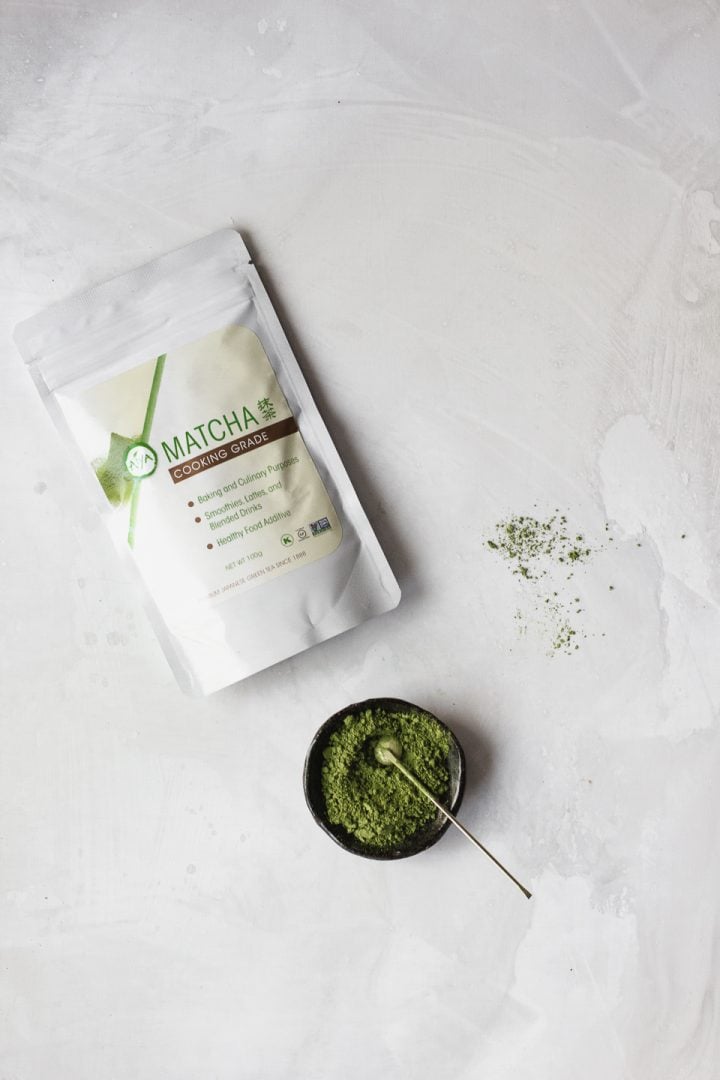 1. Mix the rice flour and Aiya Matcha in a bowl. 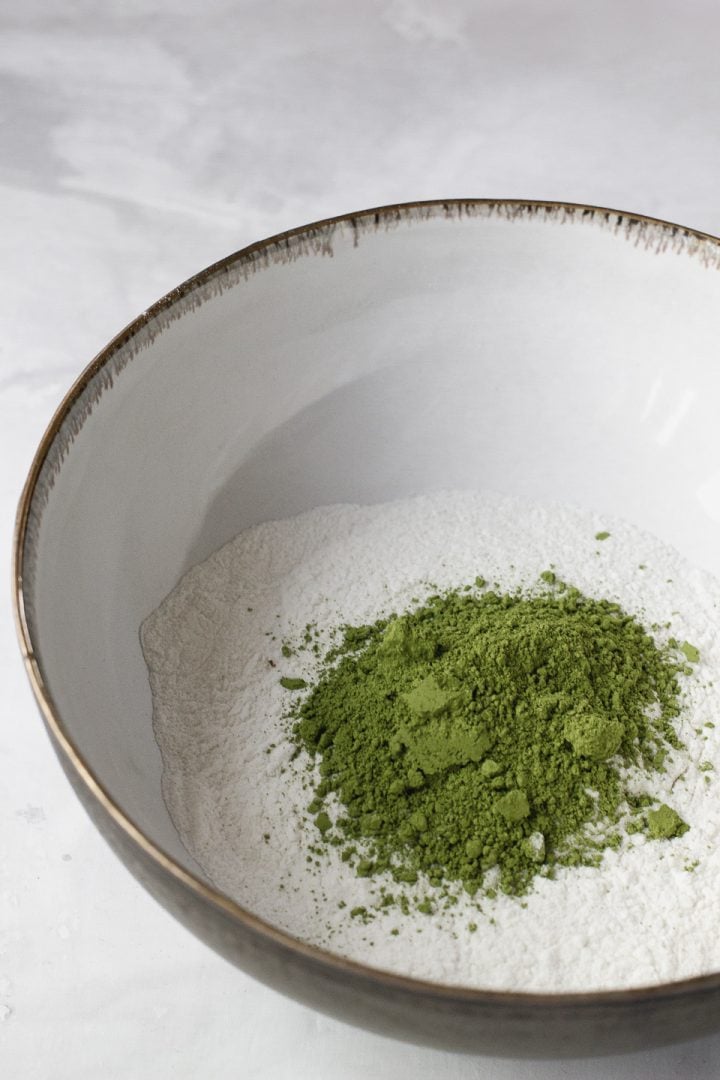 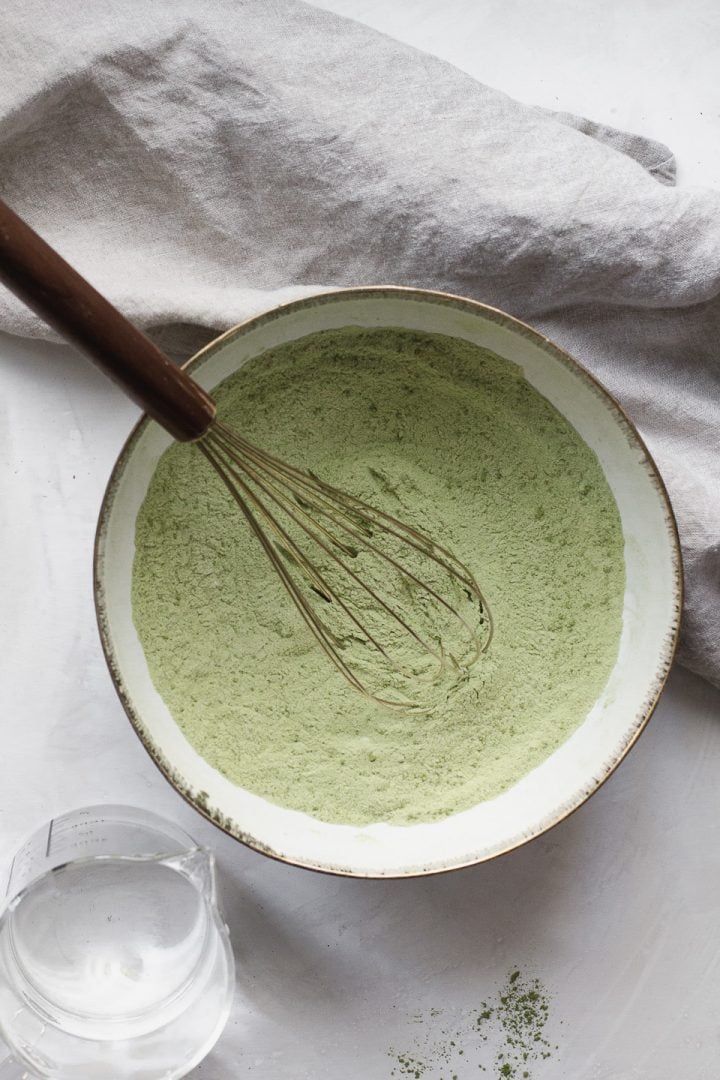 2. Add in water slowly until it forms a dough. 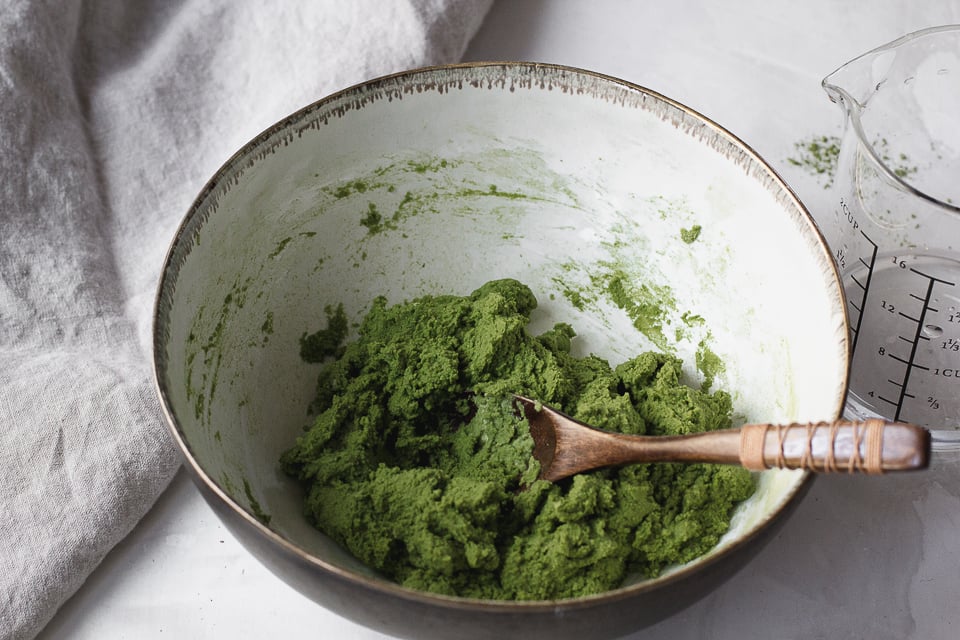 3. Use an ice cream scoop to make equal rounds of dumplings. 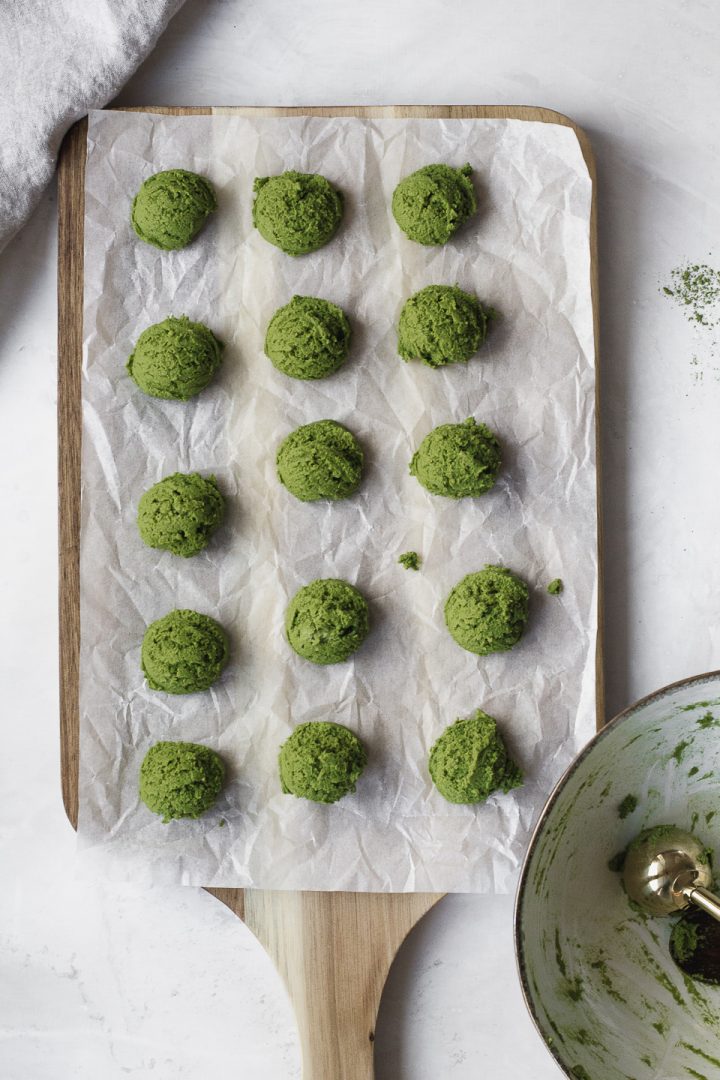 4. Using a spoon, dip it in water and use the back of the spoon to create a crater in the dumpling.  This will help pools the black sesame sauce later on. 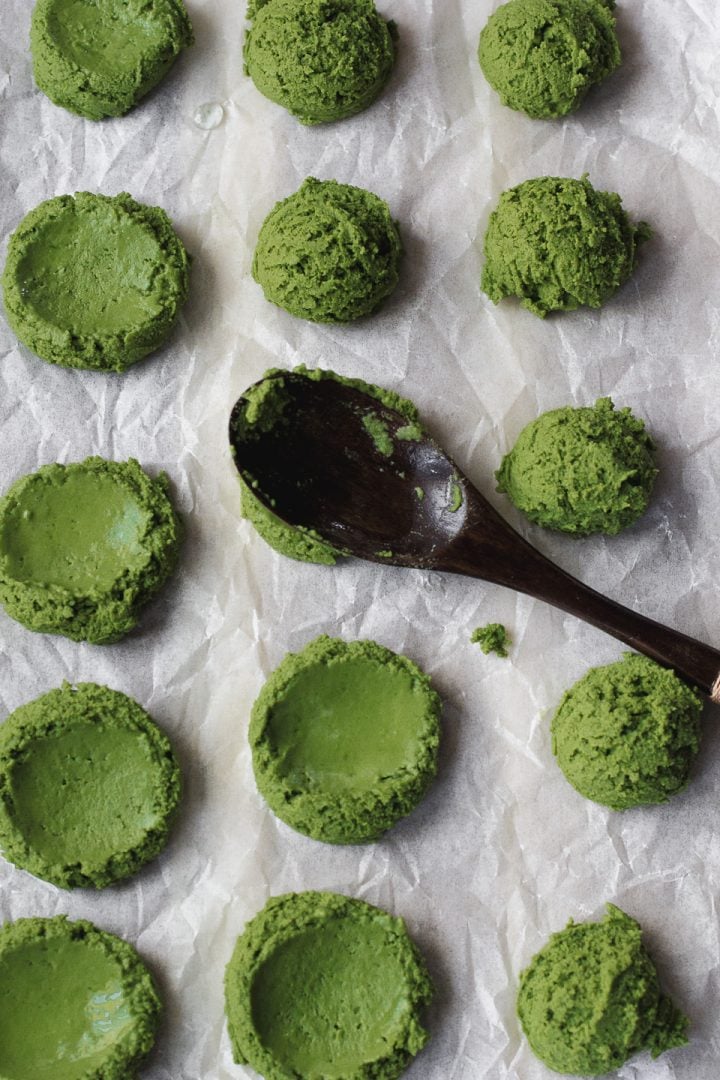 5. Get water into a running boil and place the dumplings in the water one at a time.  Once it floats to the top it’s done! 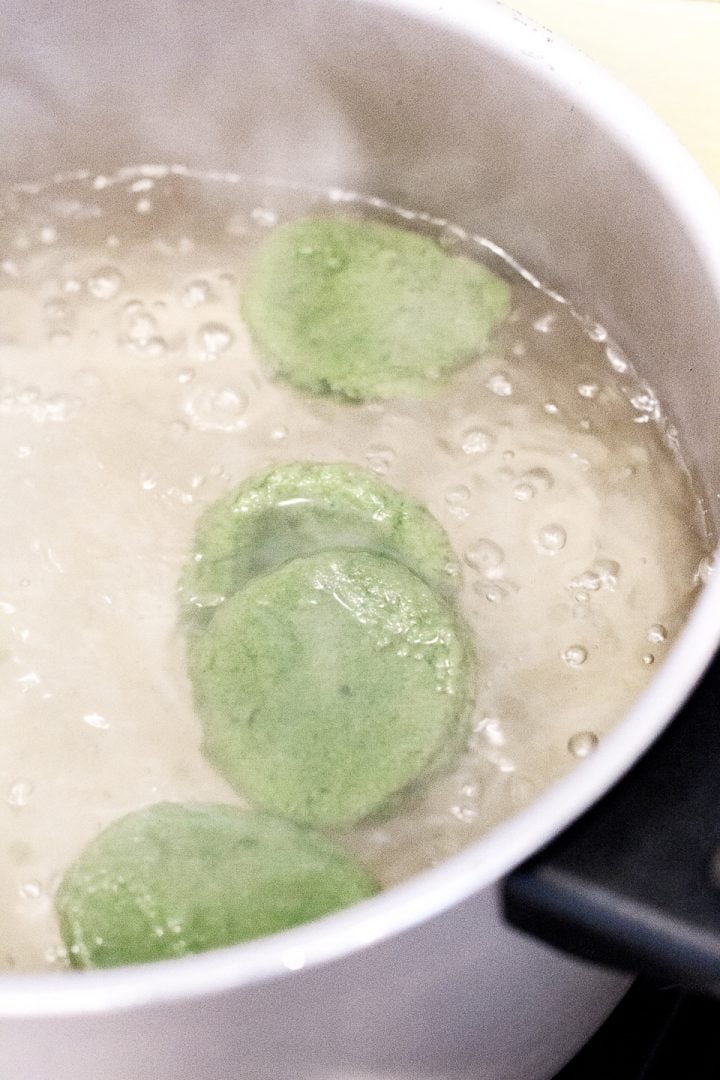 6. Place the Matcha Palitaw on a platter and drizzle with Black Sesame Rosewater Sauce. 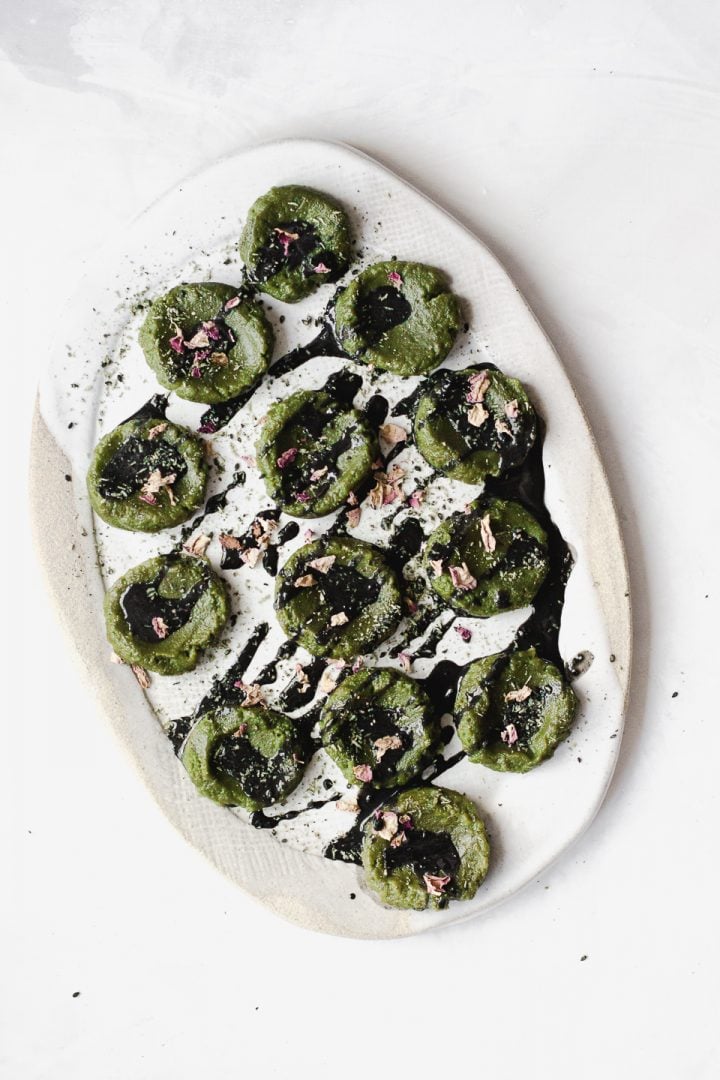 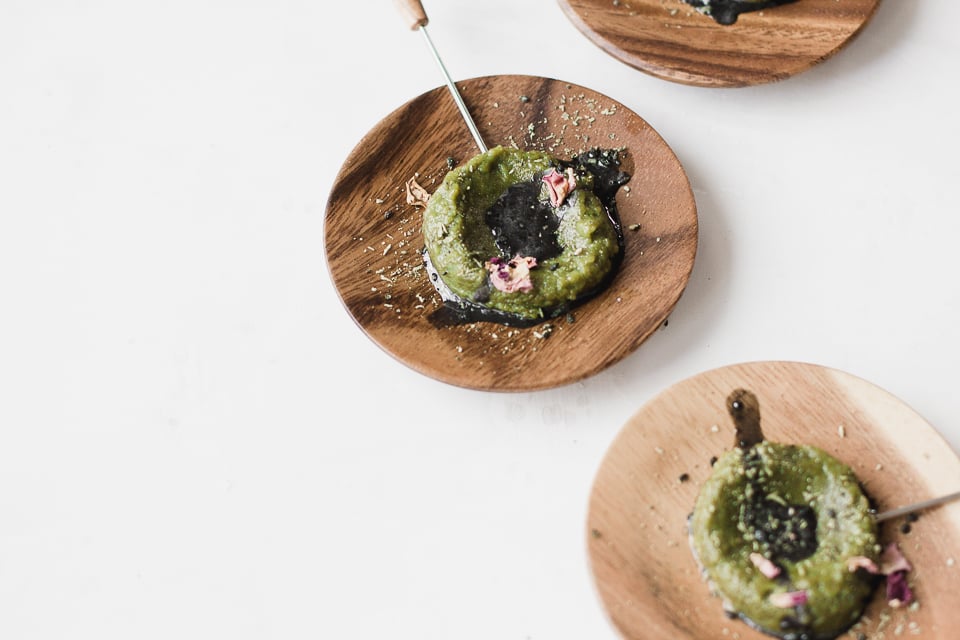 This post is sponsored by Aiya Matcha, however the recipe, photos and opinions are my own.