This easy Otap recipe is made with store bought puff pastry cutting the labour in half.  It’s also flavored with Luya or Ginger as part of our Bahay Kubo Cooking Series.

We are up to the second to last vegetable in the Bahay Kubo Cooking Series and it’s Luya (Ginger). 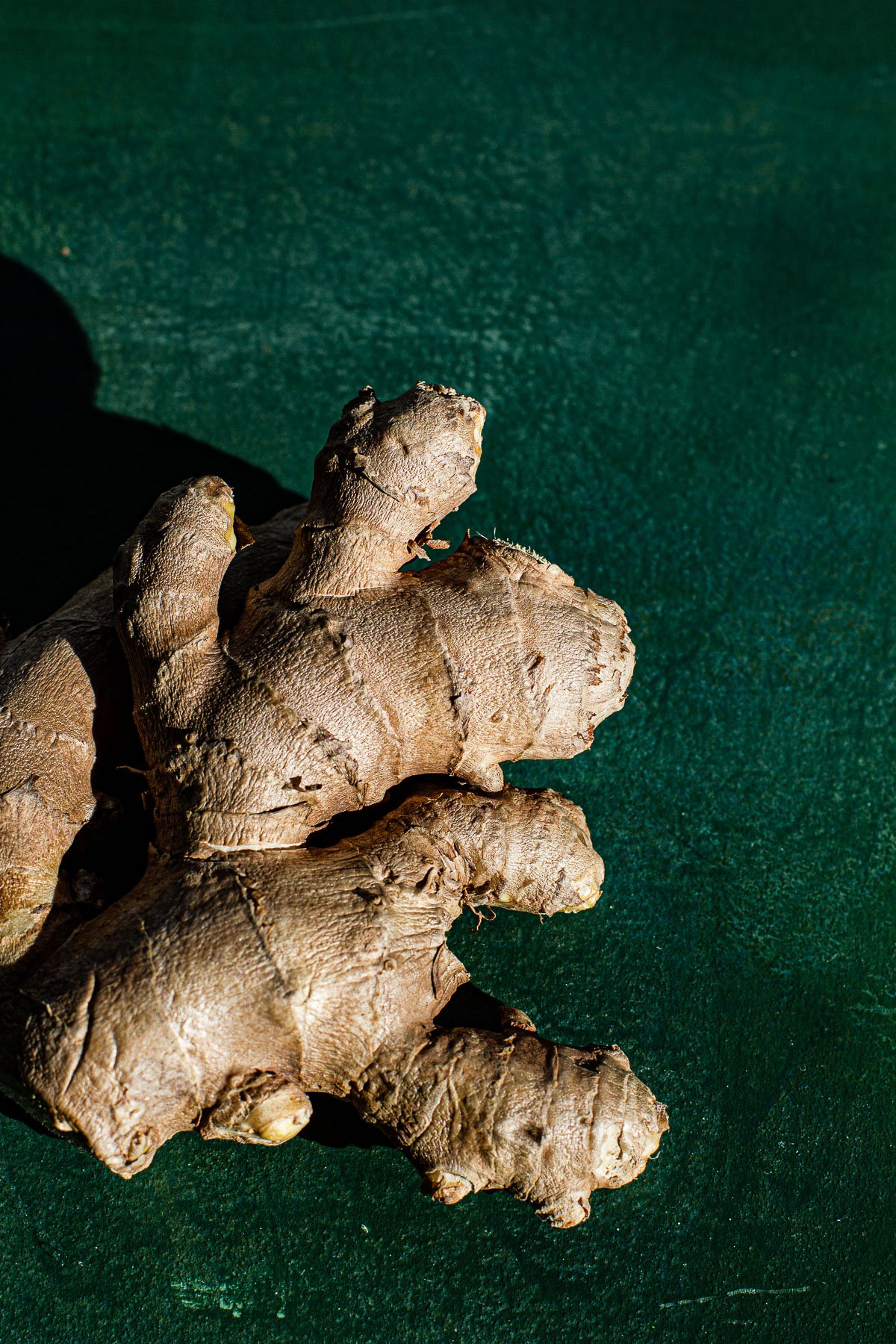 I aim to finish series this before the end of the year so here we go. Inspired by Salabat, a Filipino Ginger drink I wanted to make a cookie inspired by it.  I always wanted to make an easy version of a Cebu delicacy called Otap or Utap.  So why not try making it with store bought puff pastry, I thought?  Well, it worked unbelievably well.

First lets discuss what Otap is.  It’s a flakey cookie made with flour, shortening, sugar and coconut oil.  Made similar to a laminated puff pastry, but instead of butter making the layers it’s melted coconut oil.  I mean imagine having to make puff pastry in tropical humid heat?  Not gonna work.

I tried, I mean I really tried looking for the history of this cookie, but always ended up at the same dead end.  It was invented in Cebu.  That was it.  All I was looking for was a romanticized story of how someone wanted to make puff pastry, but had no butter so used coconut oil.  Nope, not out there or can be confirmed so let’s just speculate.  There is a very prominent French/Filipino family in Cebu with the name Lhuillier.  I’m guessing there is a connection, but cannot confirm. If you do have any leads on the origins please let me know!

It is very similar the the French Palmier cookie, but not so puffy and more on the lighter side when baked because of the use of coconut oil.

What Ingredients do you need to make it?

Well, guess what!  We are going to take a shortcut by using store bought puff pastry and just a few simple pantry ingredients.

Luya (Ginger) – In this case we are going to be using ginger powder.  I did try using fresh ginger, but it would make the sugar wet and clumpy.  So powdered ginger it is!

Store Bought Puff Pastry – You can make it.  I have, but it cuts the labor in half.  If you do want to make it, you can try this recipe.  If you are game enough replace the butter by brushing melted coconut oil instead.

Sugar – Originally I tried my go to sugar which is coconut, but it gets burnt in the oven.  For this recipe I used super fine cane sugar.

How Do You Make Otap?

Now is the fun part.  We get to play with puff pastry.  To start roll out the pastry until it’s about 1/2 cm thin.  Yes it needs to be very thin, this gives you the thin oval layers of Otap. 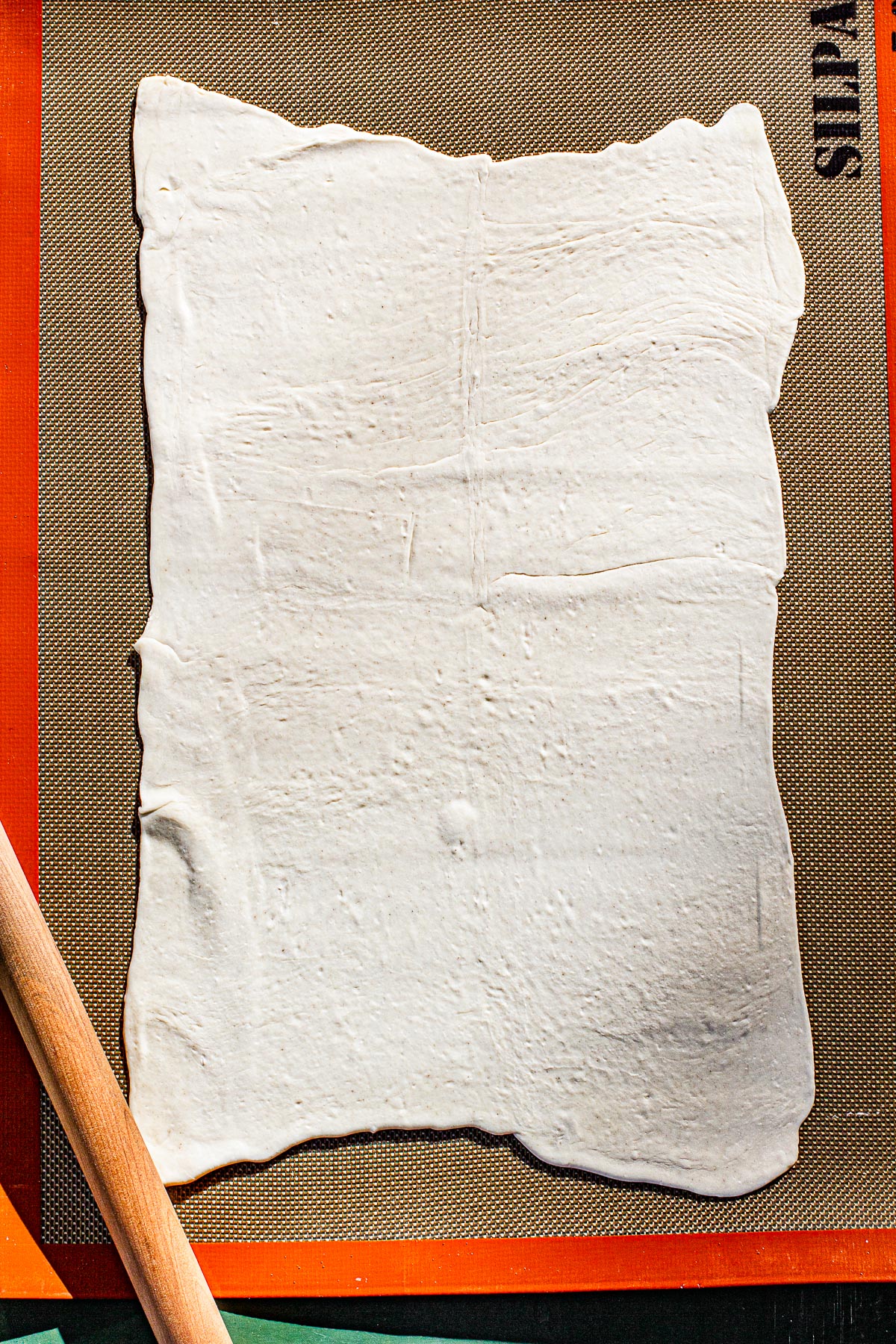 Next starting from the long end of the pastry start rolling it in a very tight cylinder. 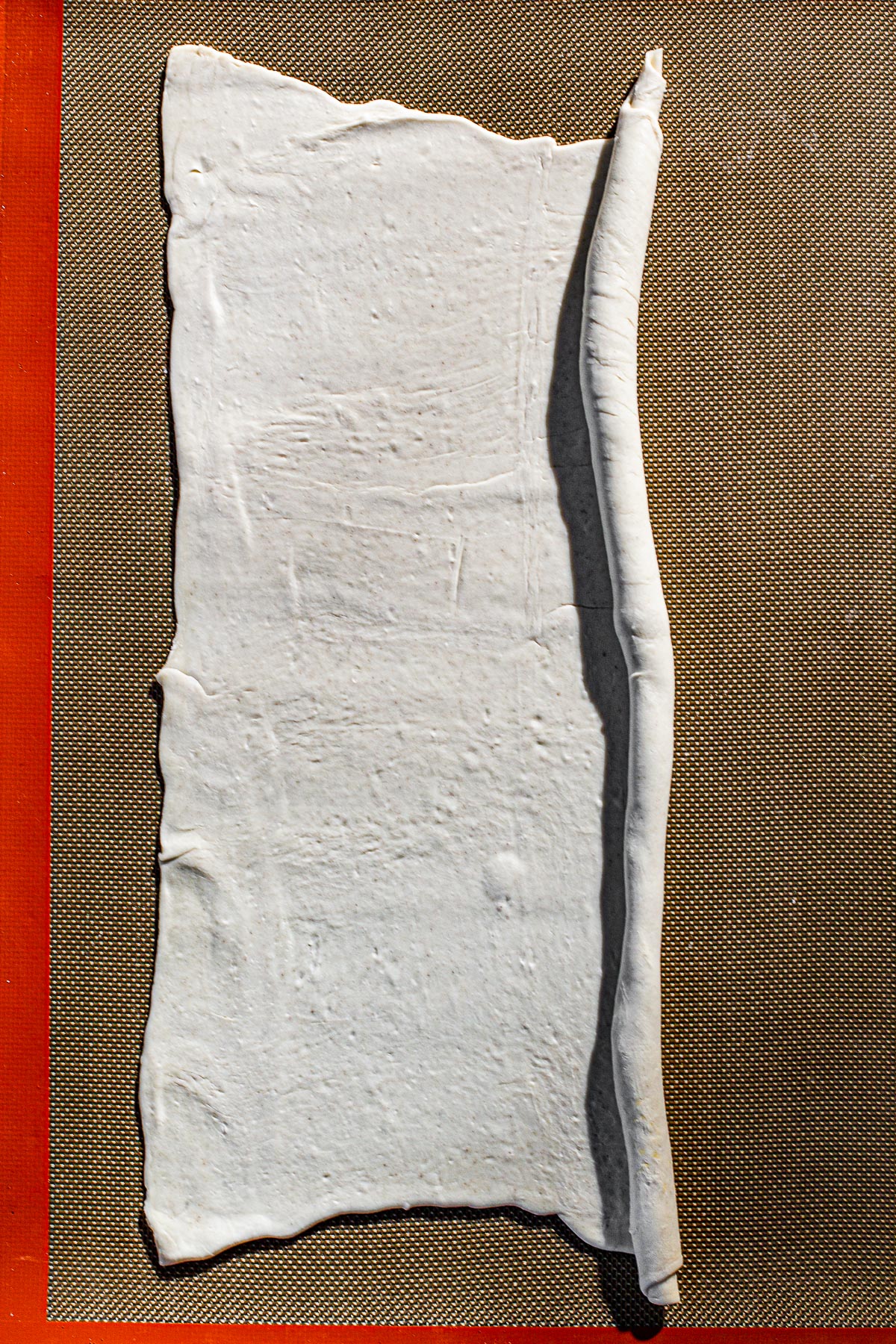 Once it is all rolled up, cut 1 cm pieces with a sharp knife. 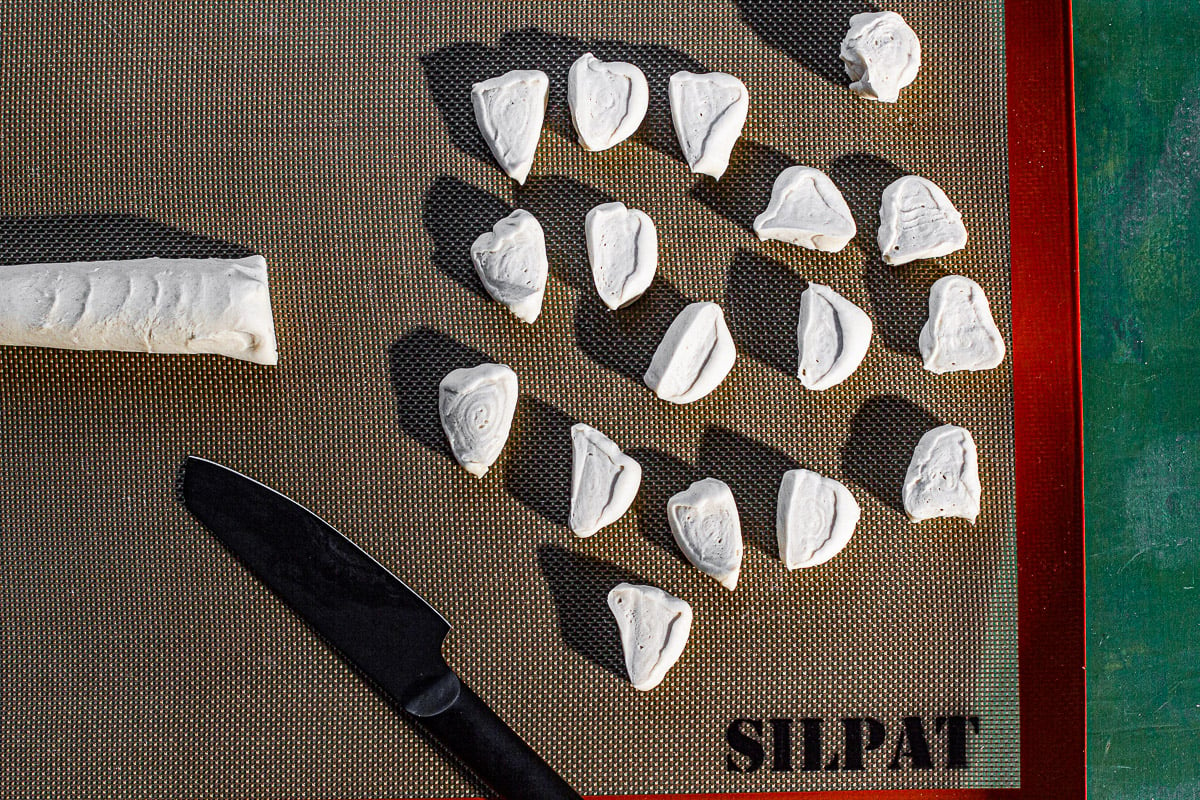 Now one at a time take each piece and roll it out in a very thin oval shape.  Don’t forget to dust your surface and rolling pin with some extra flour so it doesn’t stick. 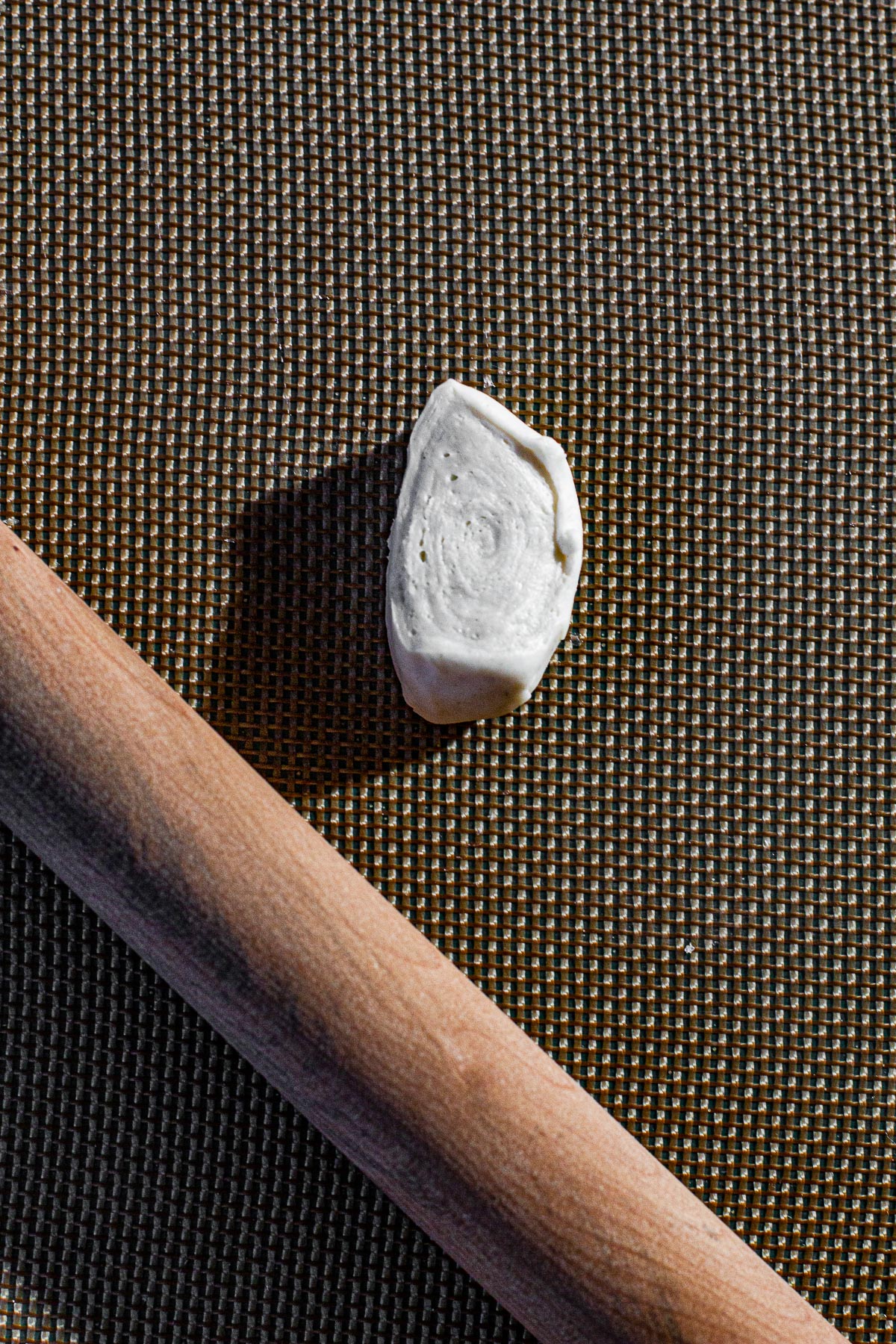 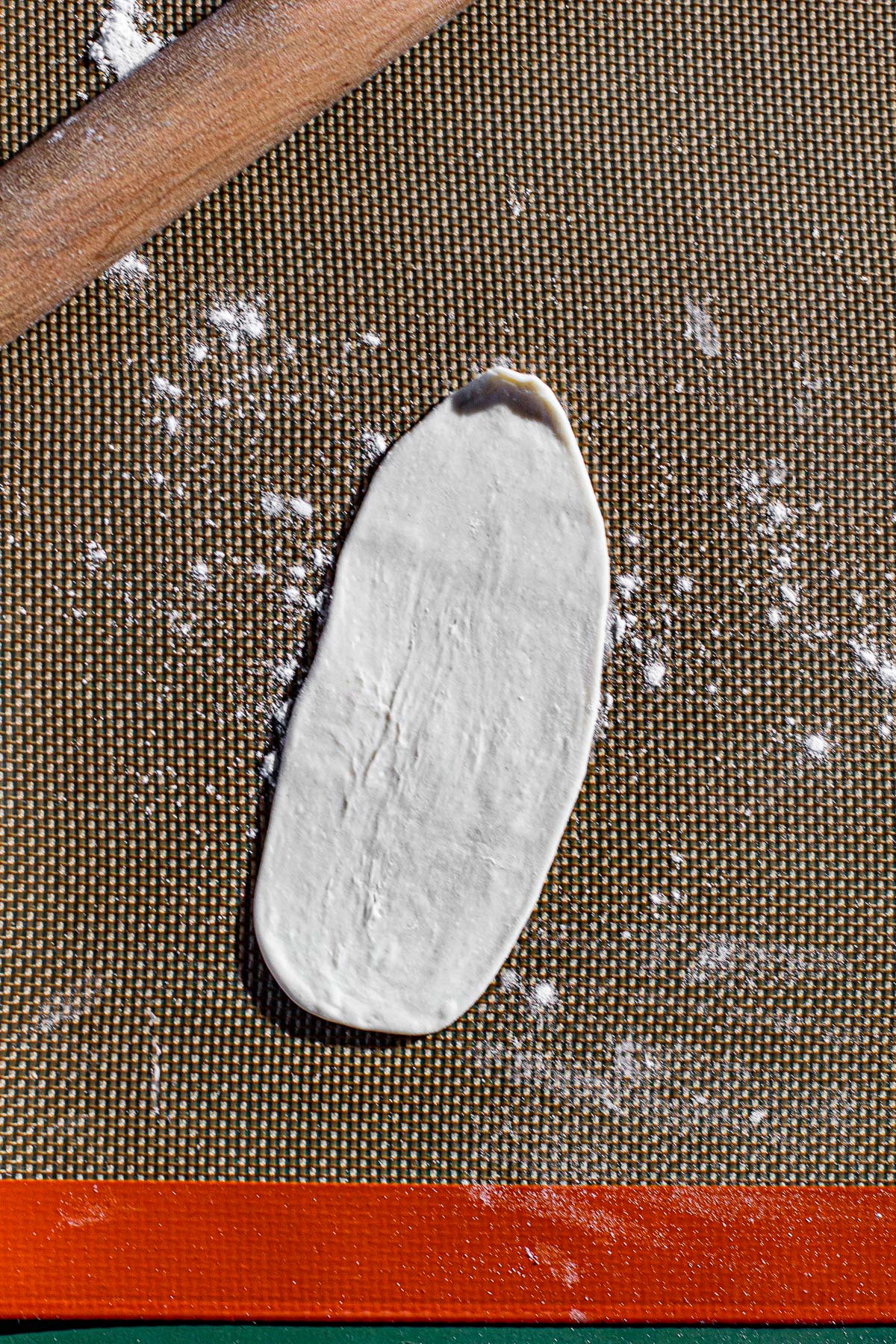 In a plate mix together the sugar and ginger powder. 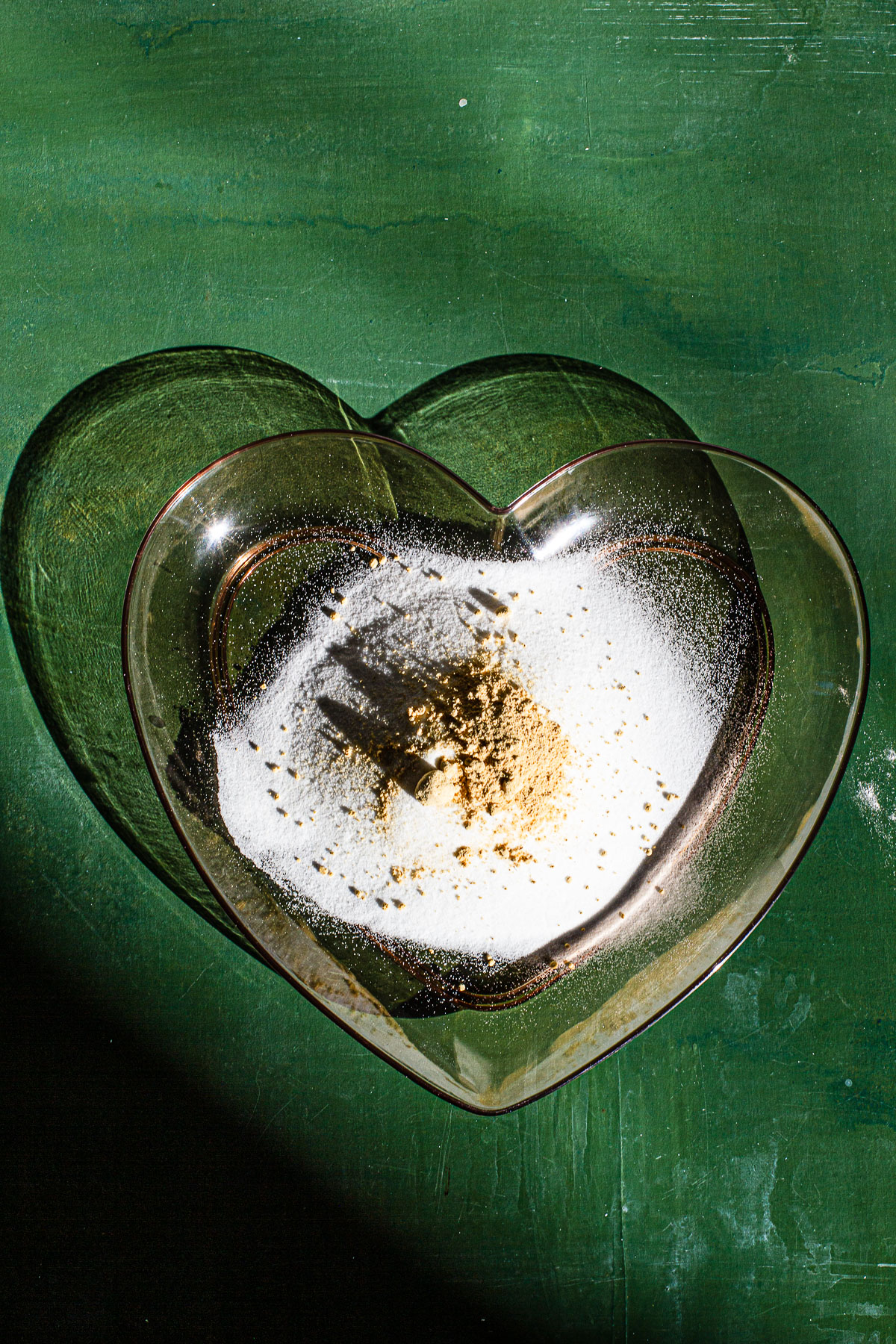 Brush both sides of the pastry with coconut oil and then coat both sides with sugar. 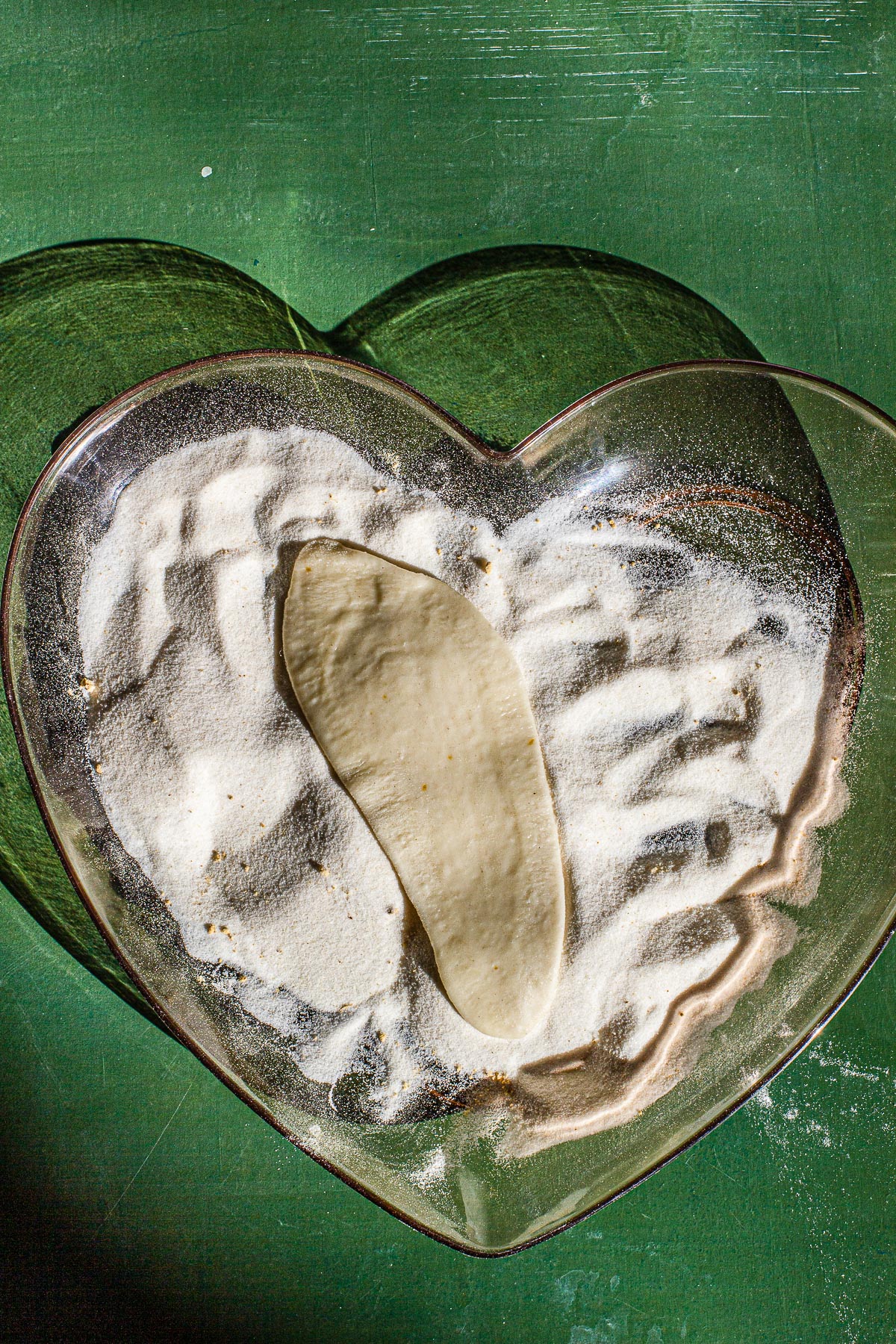 Repeat for all the rest of the pastry and place them on a lined baking tray. 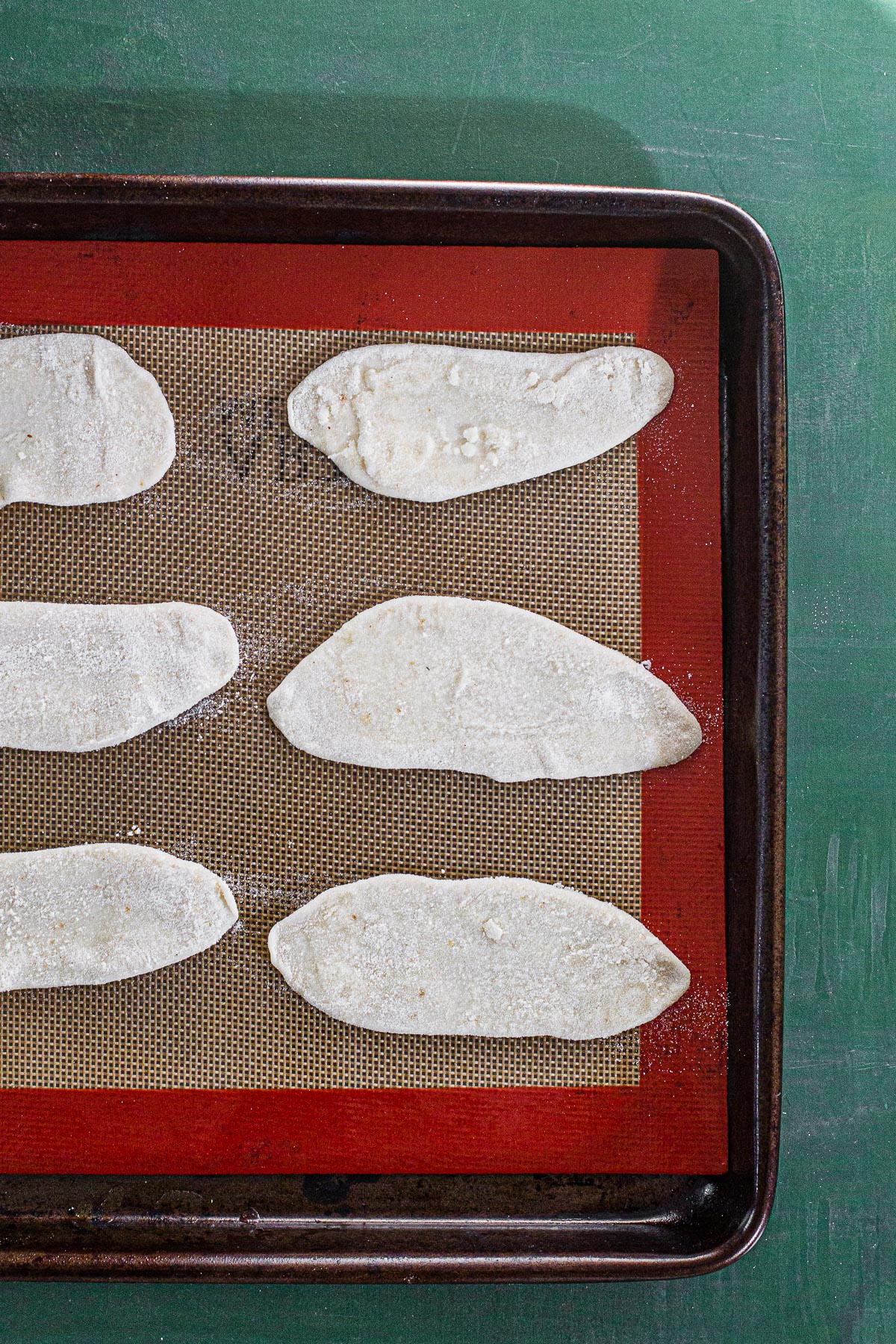 Bake in a 400F oven for 10-12 minutes until the Otap is golden brown.  These will be more brown in color than a traditional Otap as the puff pastry is using butter. 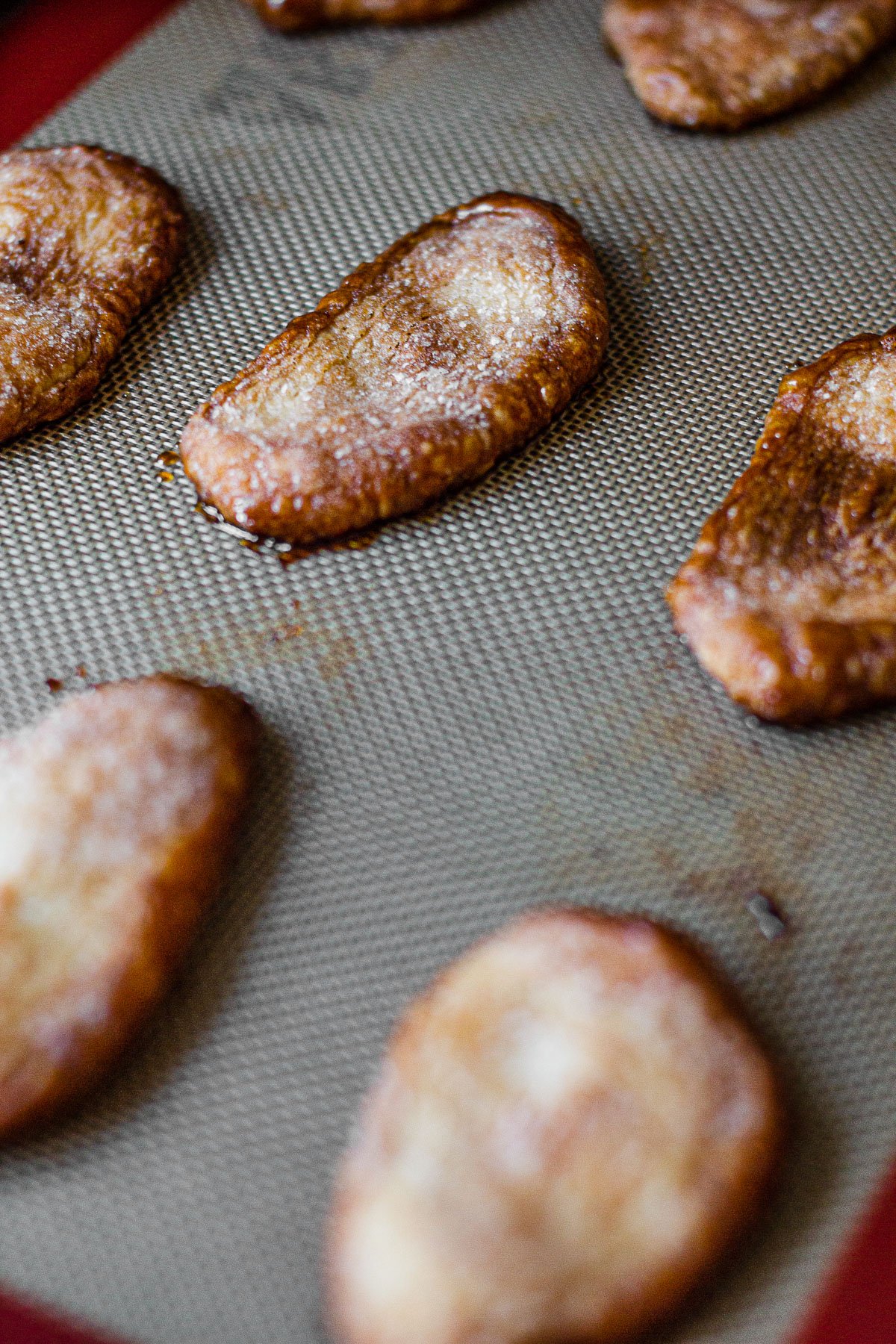 Leave to cool on a wire rack. 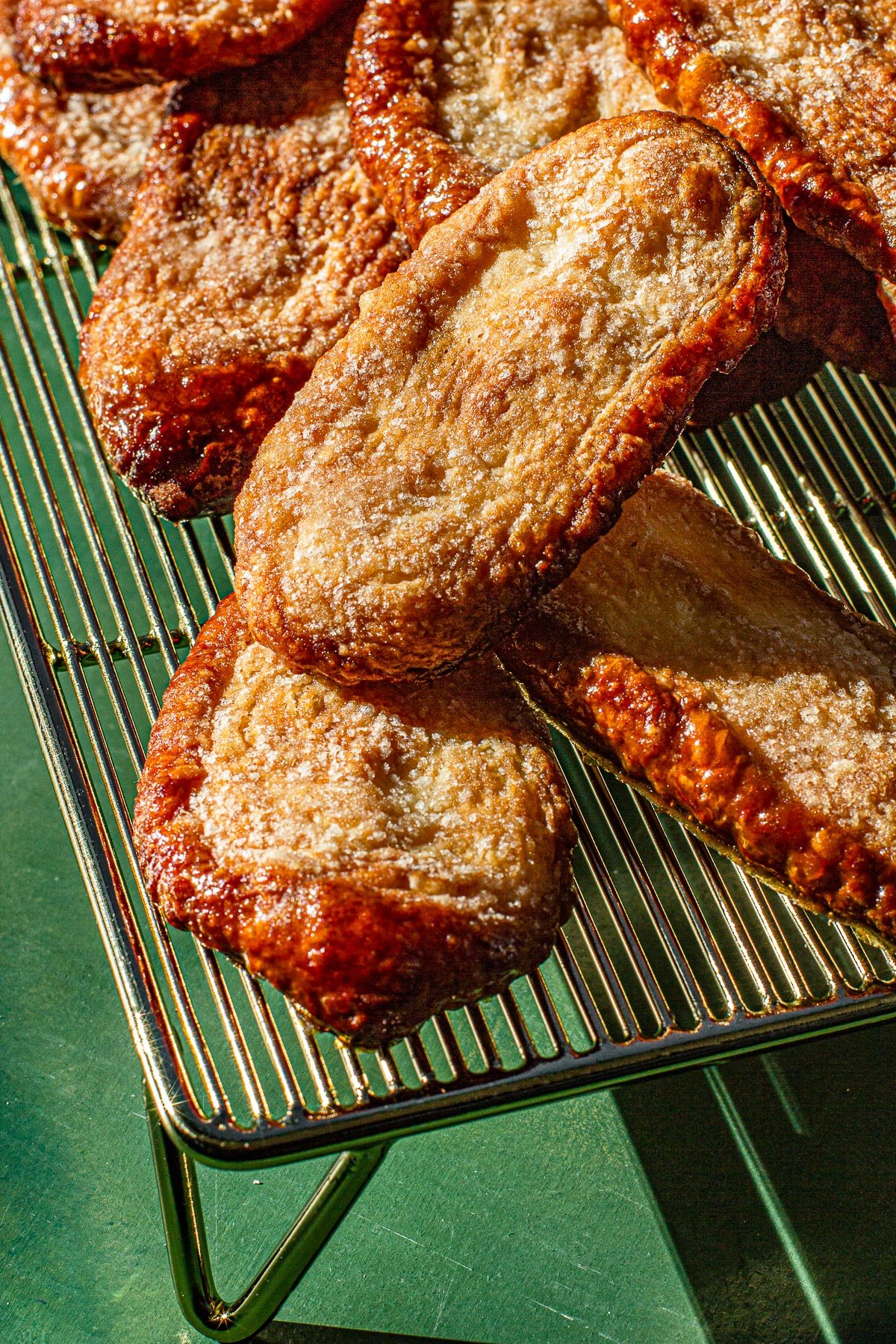 In sticking with the luya (ginger) theme, they are great with a hot glass of salabat.  Use my recipe and just omit the ice and leave it nice and warm.

It also goes so well with ice cream, if you want to make it into a full on dessert. 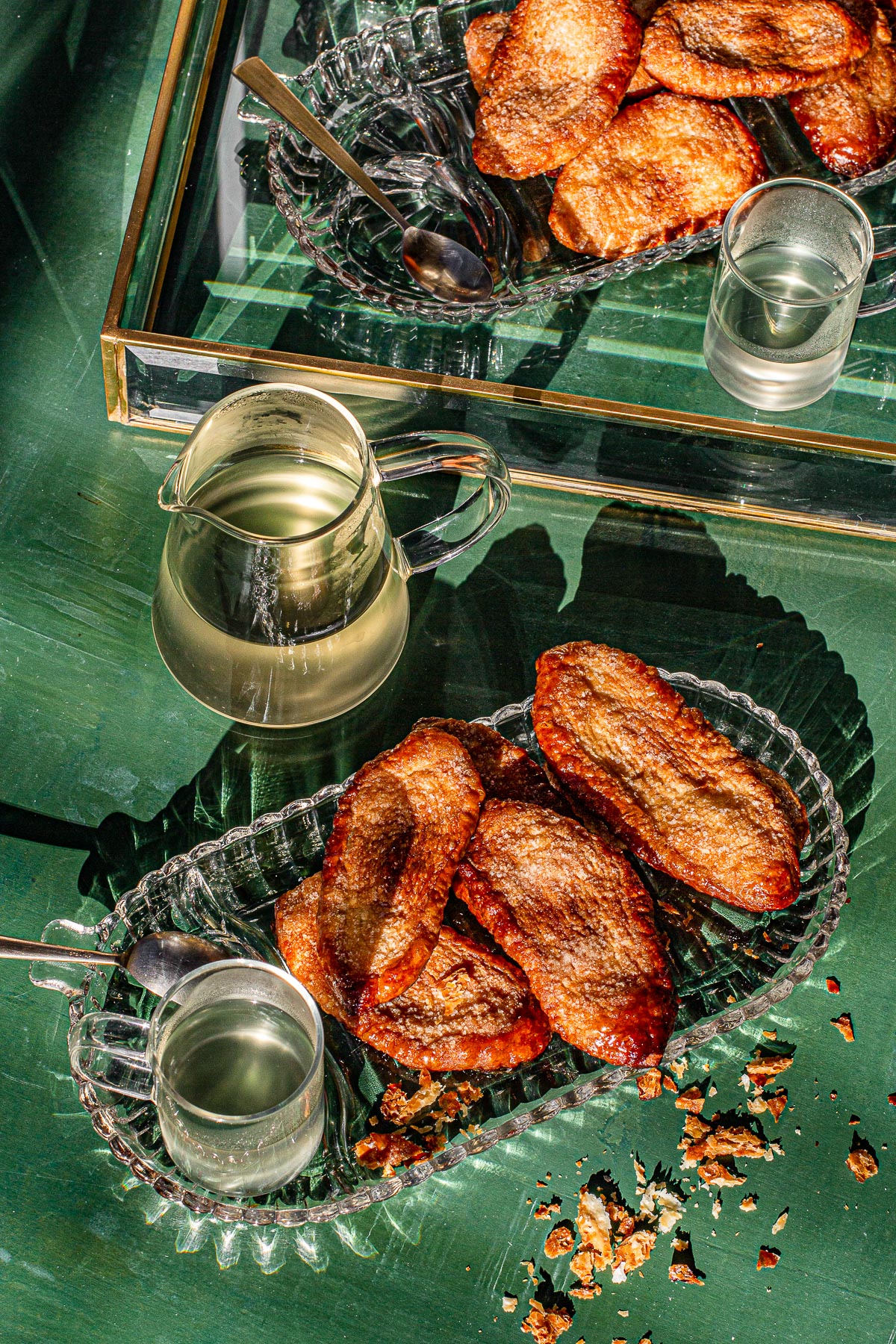 Too keep it nice and crispy store the otap in an air tight container somewhere cool.  It will keep on the counter for up to a week.  If you can’t eat it all, please give to friends! 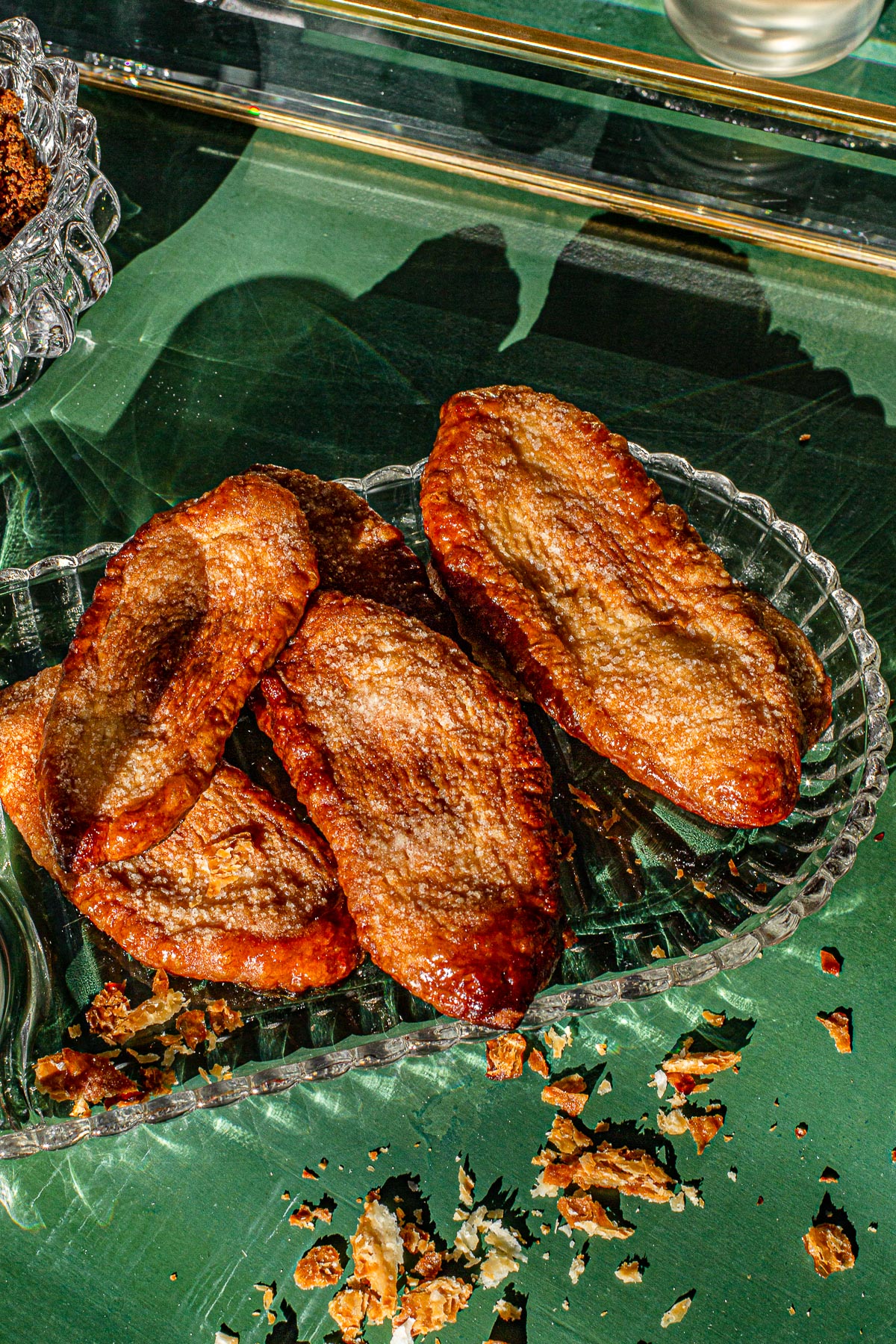 All The Bahay Kubo Recipes