This recipe is a fusion of Japanese and Filipino flavors based on a Filipino dessert my Grandma and Mom would make us growing up.  Traditionally it’s called Ginataang Bilo Bilo.  Ginataang is the cooking term used when you stew something in coconut milk.  Bilo Bilo translates to balls balls.

When my Grandma would make it she would let me help her roll out the mochi balls to put in.  Mine were always extra big because those were my favorite part about the dessert.  My mom would put sweet potato, bananas, jackfruit and tapioca pearls in it.  When I would serve this dessert into my bowl I would strategically try to get as many balls as I could without anyone noticing.

Now that I can make my own I omitted the fruit and just stuck with the mochi balls.  I also added more protein by using chia seeds instead of tapioca pearls and replaced the cup of white sugar with 1/4 cup of date syrup.

While I was recipe testing my version I realized I was just making chia pudding and added mochi balls too it.  I flavored it with matcha as it just pairs perfectly with the mochi.  I serve it warm, but you can also serve it cold out of the refrigerator. 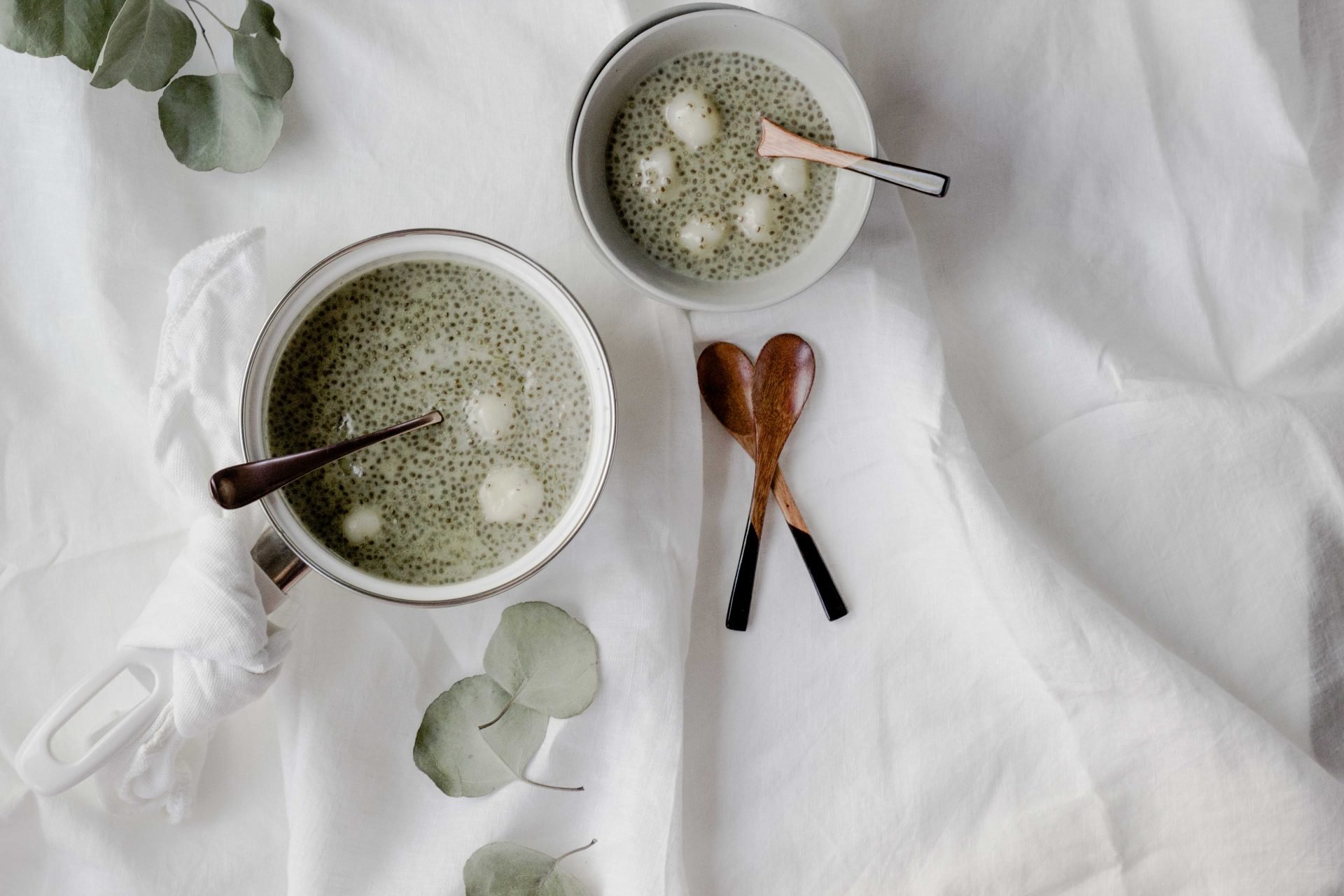 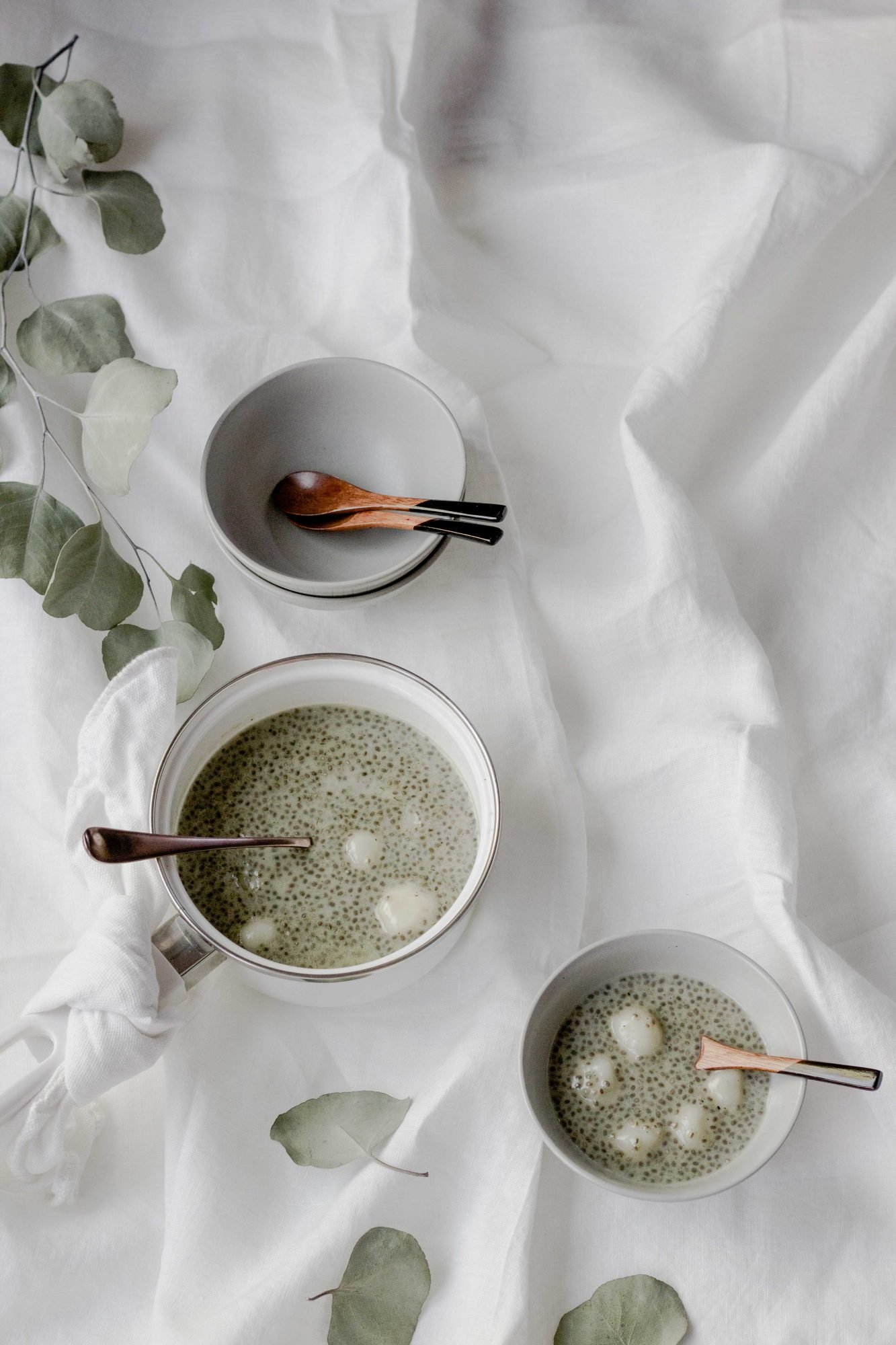 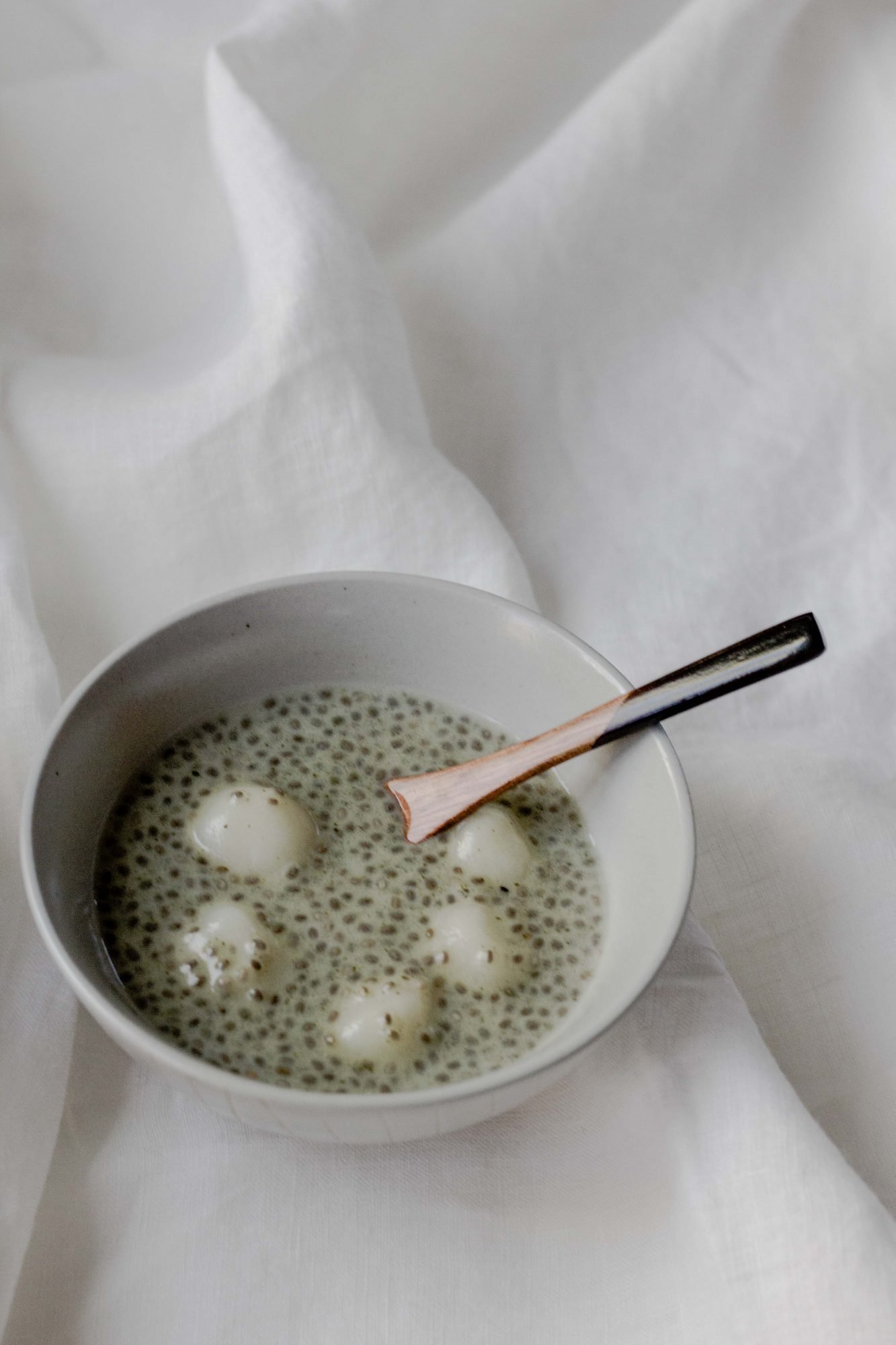 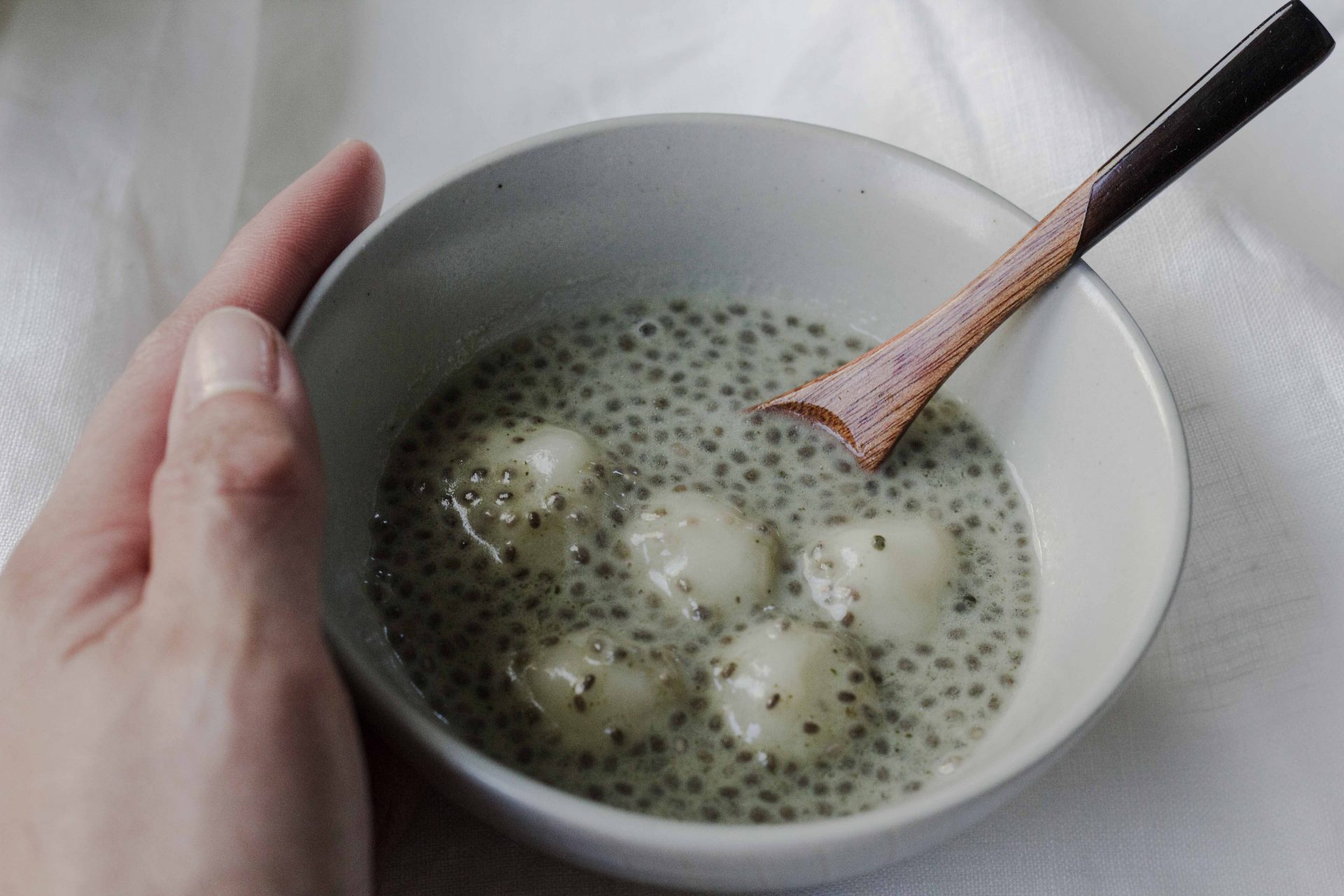