This is a healthy-ish version of the traditional Pineapple Tarts from Singapore.  The crust is infused with Pandan and the Pineapple Jam is made with date syrup and chia seeds. 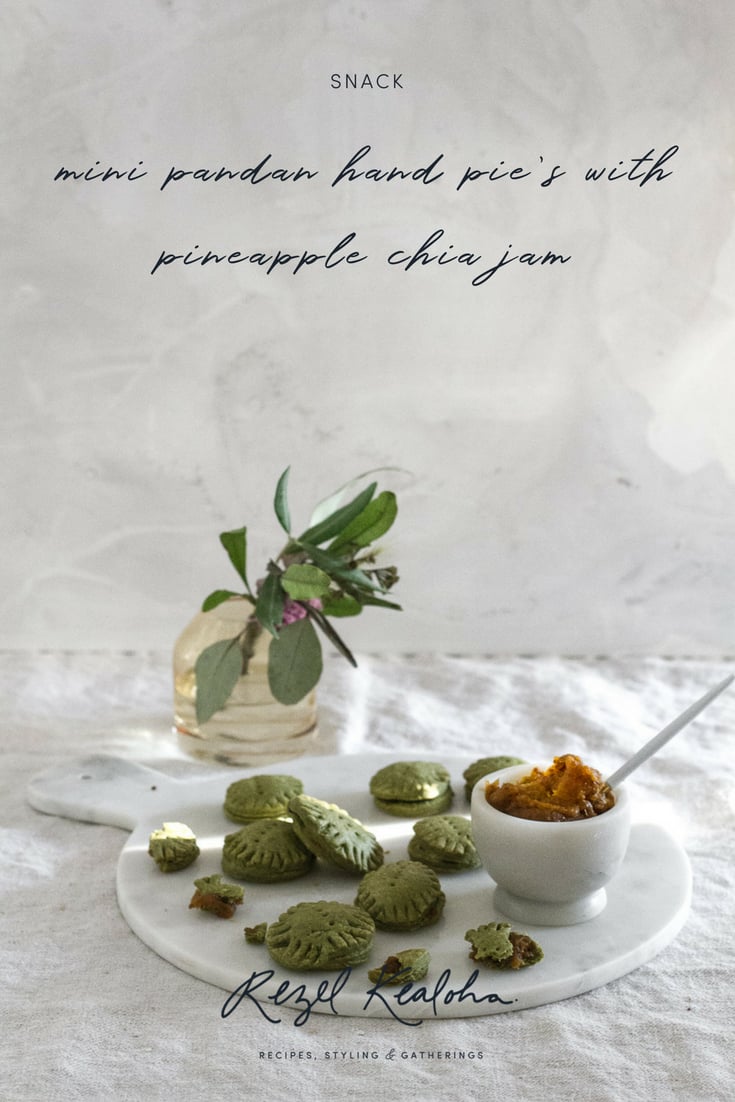 I know two pandan posts in a row.  Is that a faux pax or does it mean that I am going to be known as the pandan lady?  In all seriousness finding this pandan powder has got me all inspired, so be forewarned.  There will be more!

If you have been following me for awhile you know that I lived in Singapore before I moved here to San Francisco.  I spent 6 years there living the expat corporate life for Visa.  In a nutshell I had lots of fun.  The food there is incredible and one of the things I miss the most is the Pineapple Tart.  Traditionally it’s served during Chinese New Year.  It’s a buttery pie that is filled with sweet pineapple jam.  I have been wanting to make a healthier version for sometime now and when this pandan powder came into my life, I knew what I wanted to do. 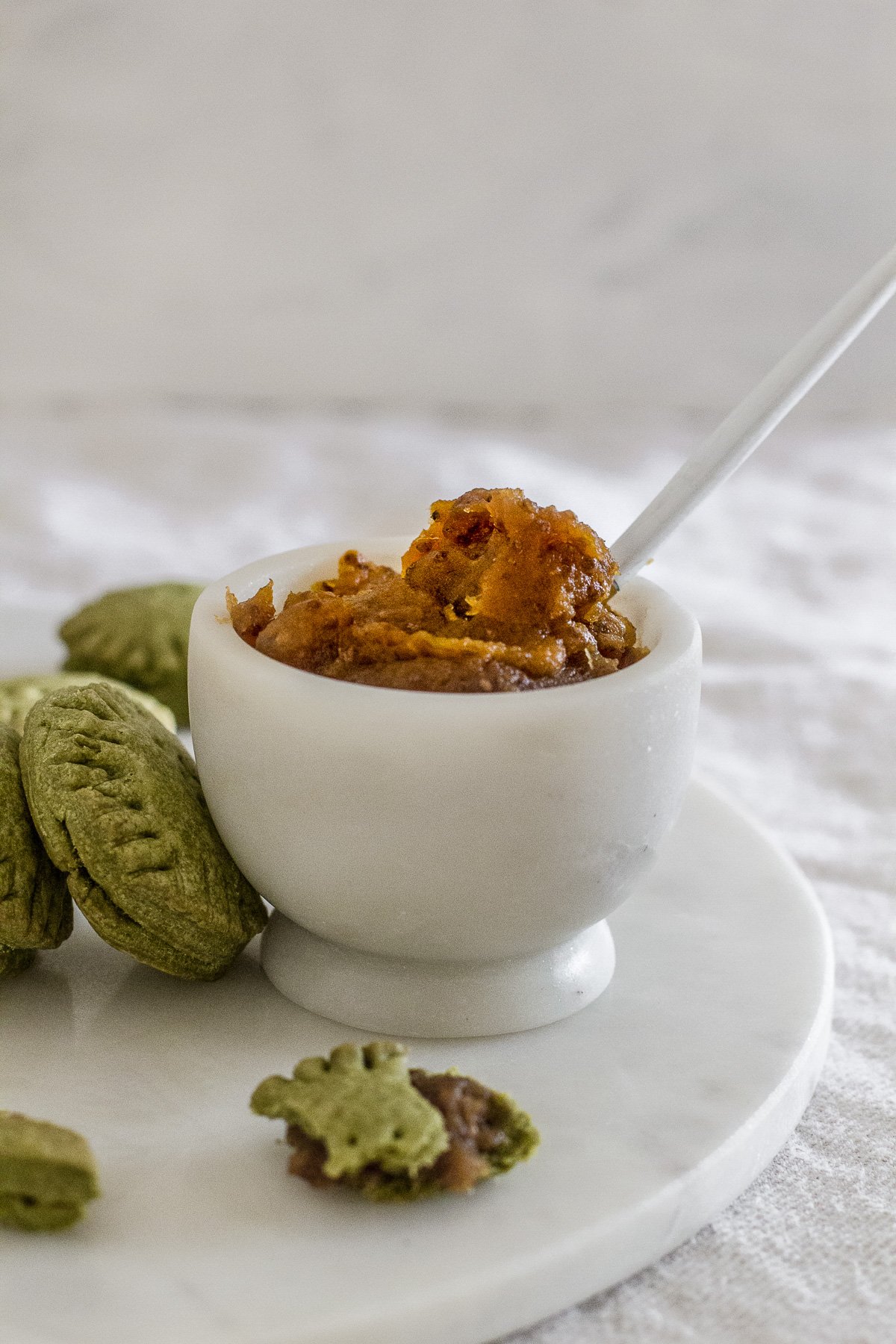 Not many make this tart from scratch because it’s a little labor intensive, but if you are just making it from one pineapple and half a portion of dough it cuts your time so much. 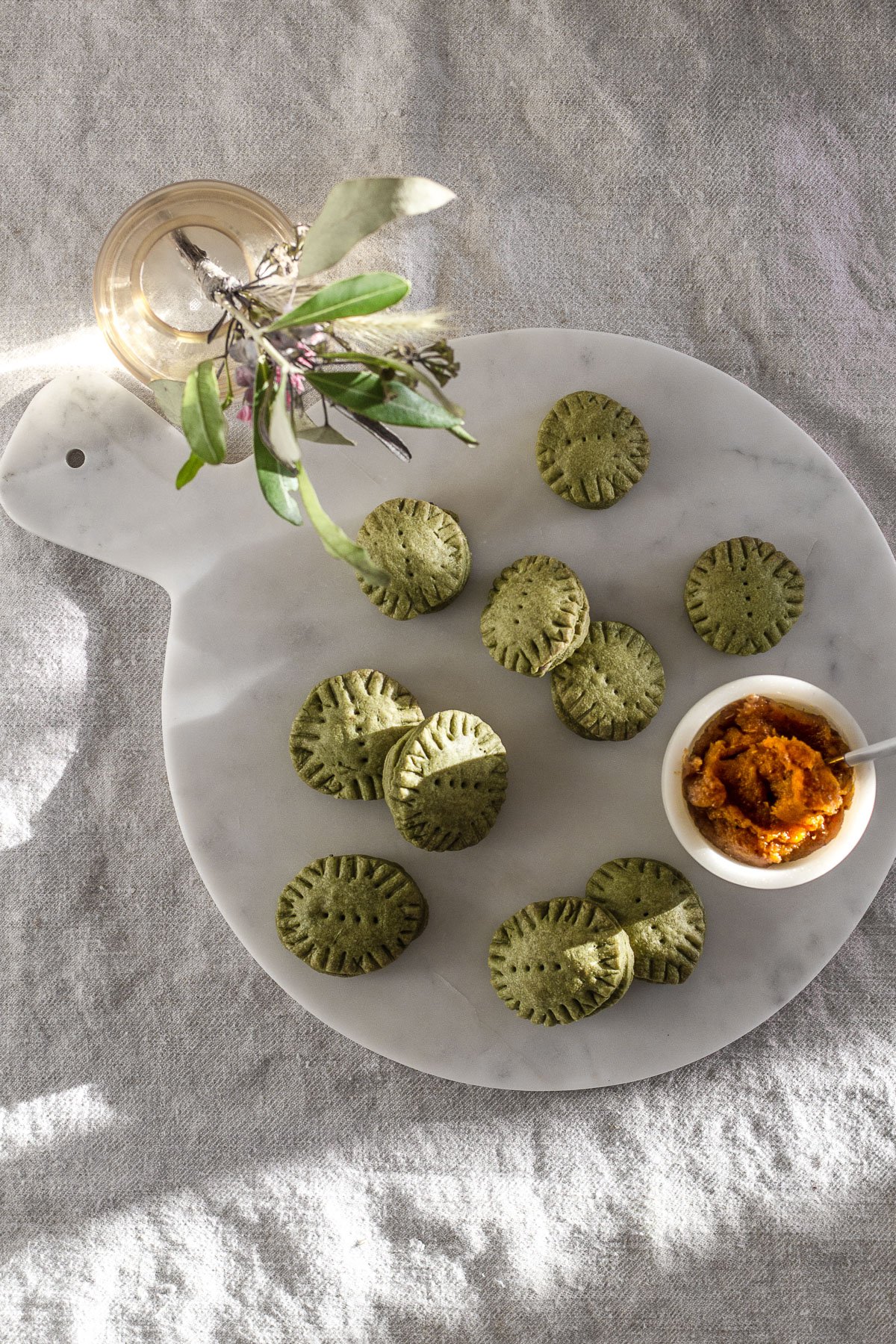 To make the jam, peel and cut 1 fresh sweet pineapple and place in a food processor with half a cup of date syrup.  Process until the fibers have broken down and looks like pineapple slush.  Pour in a wok and add in a fourth of a cup of vegan butter and a fourth of a cup of chia seeds.  Now the fun begins.  You have to get it up to a low boil and then simmer while you keep stirring.  It will take about 20-30 for it to start looking jammy.  Once it starts holding it’s shape when you push it to one side of the wok, it’s ready.  Set aside to cool down fully.  I recommend waiting until the next day to use the jam so that the flavors come out more. 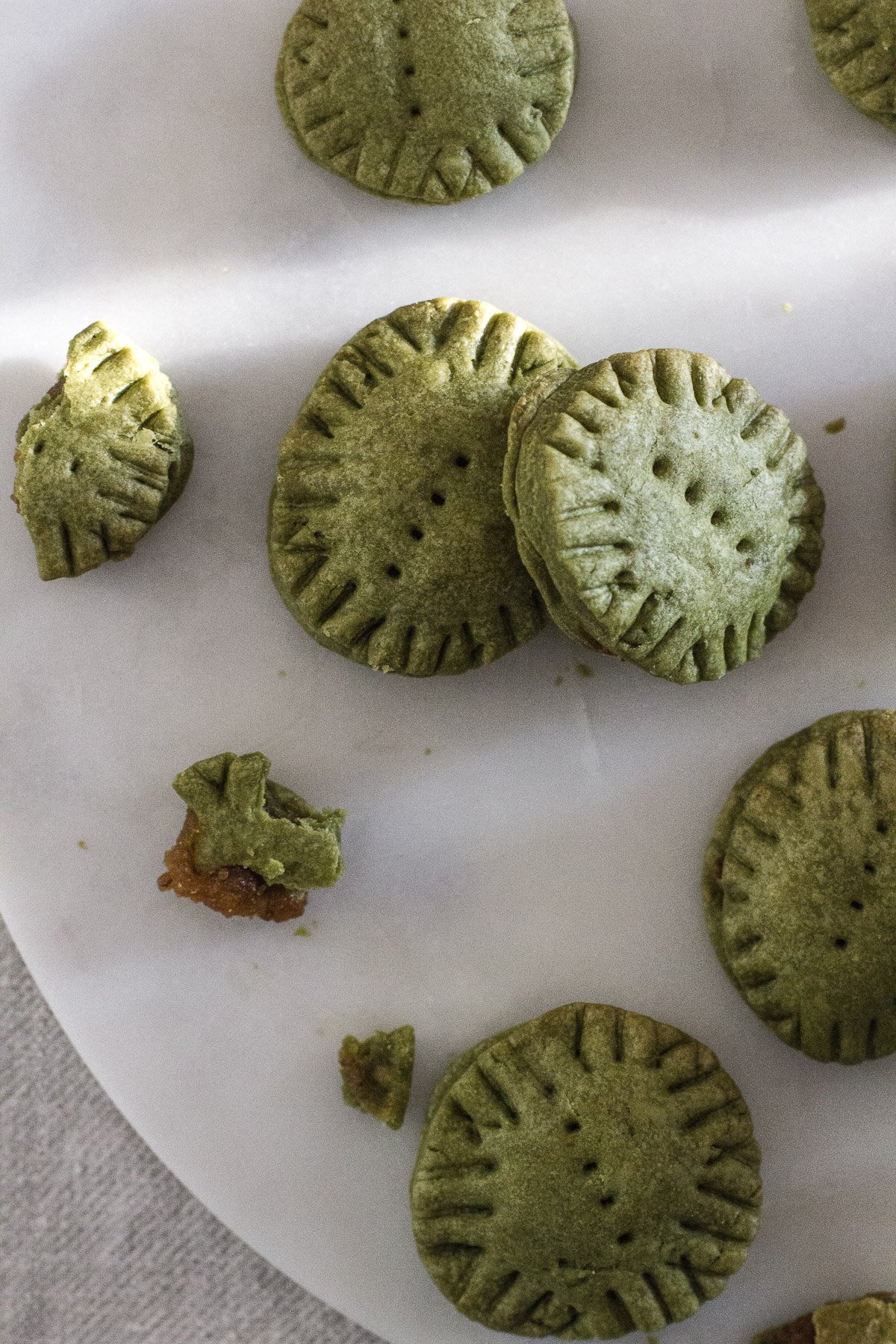 To get a handle on portion control I used a one inch round cookie cutter and placed the pineapple chia jam in the middle and used a fork to seal and crimp the sides.  The crust stays green when you bake it and it gives the dough a slight more coconuty dimension. 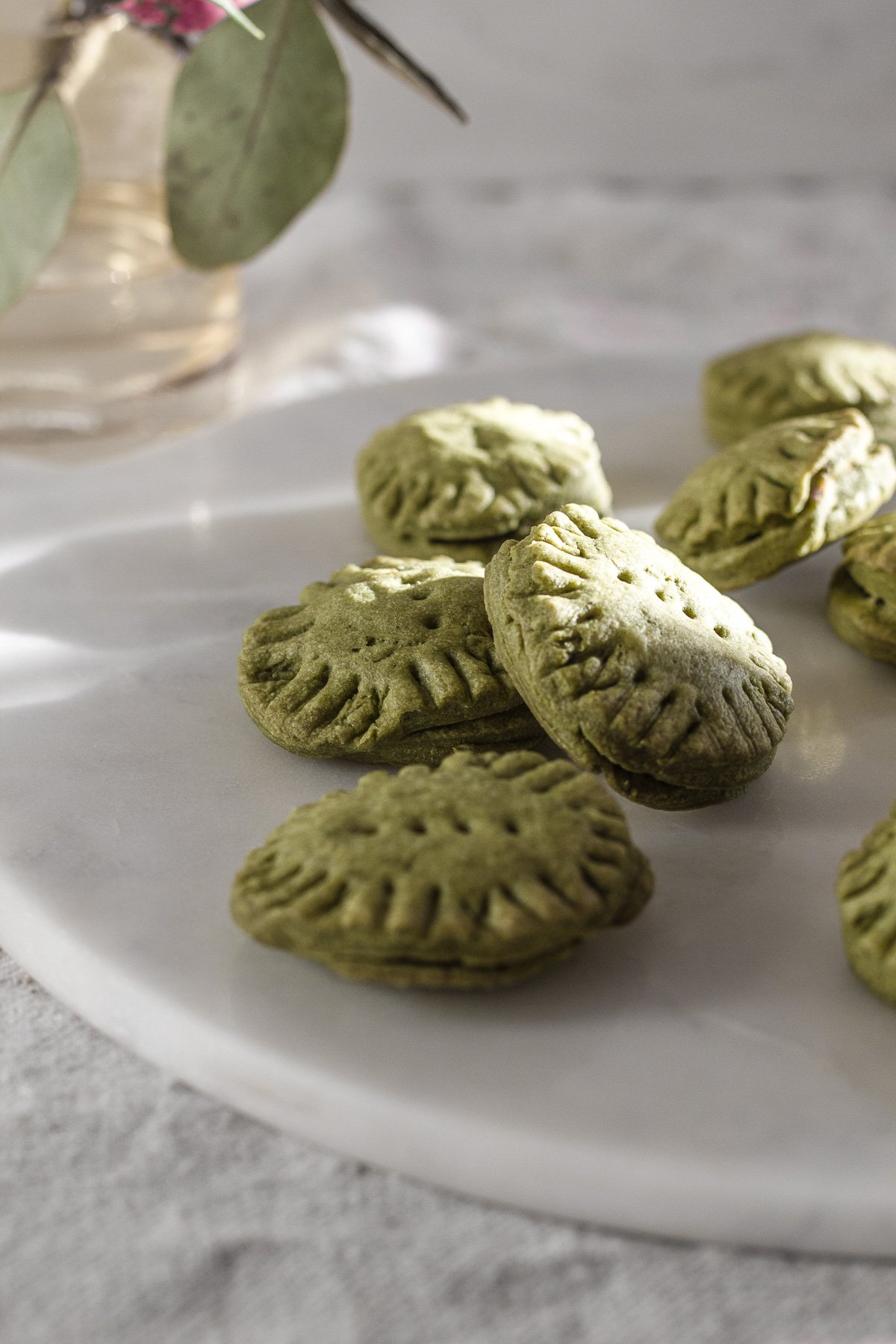 So there you have it, one of my favorite treats from Singapore healthy-fied!  Hope you enjoy it! 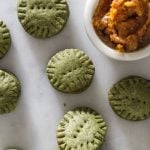 You can make the pies and freeze them raw up to 6 months.  You can bake from the freezer, just up the baking time to 20 minutes and adding more minutes if needed.